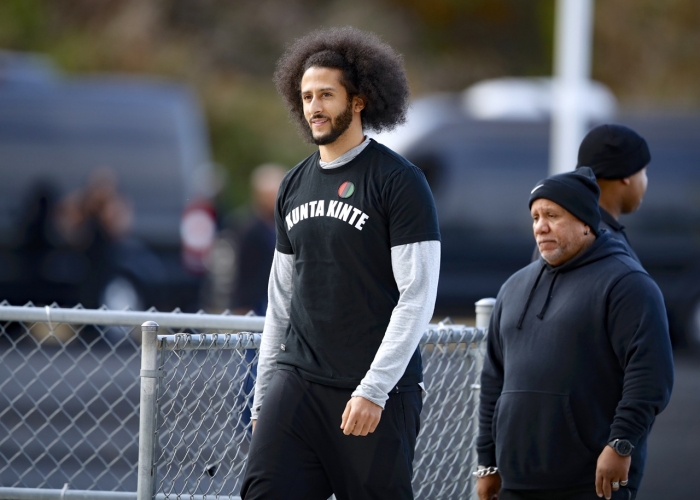 Former NFL quarterback Colin Kaepernick has not played in the NFL since 2017, as a result of kneeling during the national anthem in protest of this country’s treatment of minorities and police brutality. There was no NFL rule in existence during the 2016-17 season that Kaepernick violated by his protests and no credible reason cited for the failure of any NFL team to sign him as a 1st, 2nd or 3rd string quarterback during the following season.

Kaepernick was both heralded and criticized for his actions. Some believed his protest had no merit, that racial profiling and discriminatory practices against people of color is a myth. While others felt that an NFL football field was not the right venue, deeming Kaepernick’s explanation of his protest as a lack of patriotism, and an affront to veterans and the country.

For some, Kaepernick’s actions were viewed as an act of courage and in alignment with other athletes who have used their platforms to bring awareness to civil rights injustices, such as track and field gold and bronze medalists, Tommy Smith and John Carlos, when they raised their fists in protest during the 1968 Olympic Games.

After nearly three years of being away from the NFL, Kaepernick took the field at Charles Drew High School in Riverdale, Georgia, donning a Kunta Kinte T-shirt as he participated in a 40-minute on-the-field workout before seven NFL team representatives, media and members of the public on Saturday.

For what many believe was likely Kaepernick’s last and best chance to return to the NFL, there was a dramatic shift from what was billed as a workout coordinated by the NFL to take place at the Atlanta Falcons’ facility in front of 26 representatives of the 32 NFL teams.

As a result of Kaepernick’s camp and the NFL being unable to agree to the terms of the league’s waiver form and the denial of media being present at the workout, it was announced less than an hour before the schedule time that Kaepernick would be changing venues and shifting the workout to a later time.

The change to a new venue nearly an hour away and at a later time, presumably resulted in the reduction of the initial reported 26 NFL team representatives being present to just seven. Also, former NFL head coach Hue Jackson, who was slated to lead the workout was one of the many NFL representatives who bowed out. 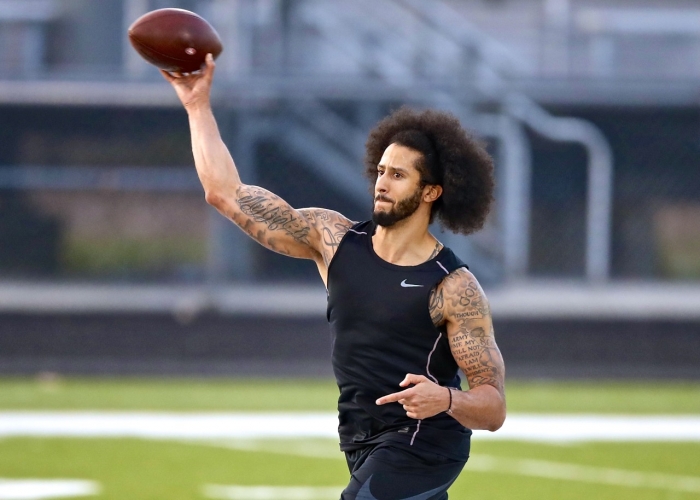 Kaepernick’s agent, Jeff Nalley and his attorney Ben Meiselas issued an official written statement about the reasons for the abrupt change.

The alleged main point of contention from Kaepernick’s camp stemmed specifically from problems with the type of liability waiver the NFL requested Kaepernick sign. In addition, Kaepernick’s team cited the ban of media members at the workout was unreasonable. It was agreed by both parties, however, that Nike would be allowed to film an ad during the workout.

The NFL teams present at the alternative workout location were the Philadelphia Eagles, Kansas City Chiefs, Washington Redskins, New York Jets, Tennessee Titans, San Francisco 49ers and Detroit Lions. Prior to Saturday, the Seahawks was the only NFL team to have taken an in-person look at Kaepernick since his 2017 exile from the league.

Kaepernick addressed his controversial absence from the NFL following the workout. 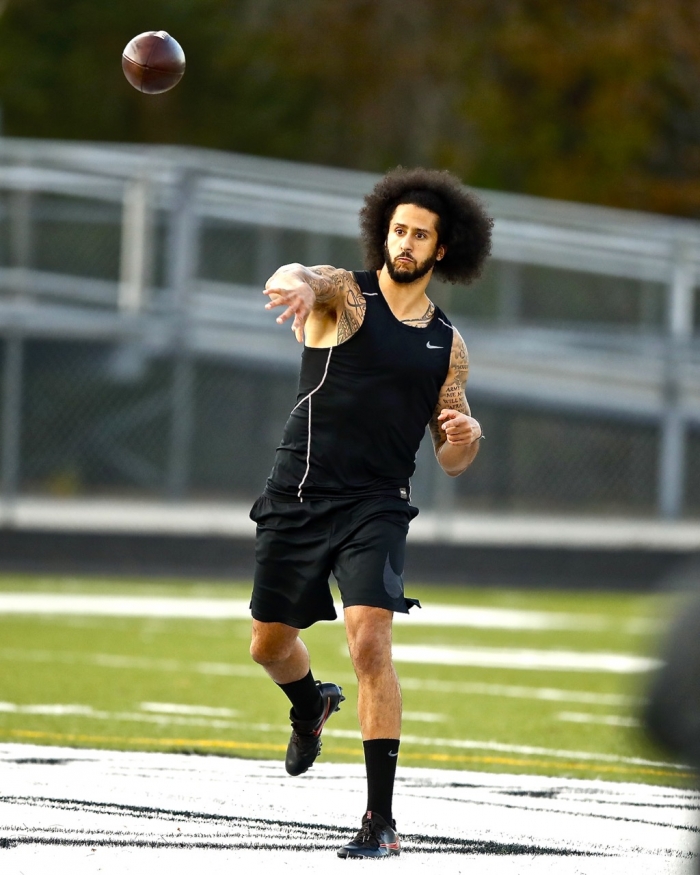 For those who used Kaepernick’s last minute changes to his workout to indicate that he is not interested in football, it was never football that was the reason he is not playing in the NFL. It appears that Kaepernick remaining an unrestricted free agent for the past three years has nothing to do with his talents as a quarterback and nothing to do with any violation of league policy at the time considering NFL reached a settlement with Kaepernick following the collusion grievance he filed against the league. It had to do with the ratings being negatively affected by what was presumed to be Kaepernick and other players’ silent protest, which equates to the bottom line.

Power and control of athletes by the NFL and its owners was further displayed when the league announced in 2018, based on a unanimous vote by NFL owners that there was a new national anthem policy that requires players to stand if they are on the field during the national anthem performance, but gives them the option to remain in the locker room if they prefer.

Such a rule did not exist in 2017, Kaepernick’s last time playing in the NFL. The NFL and its owners wanted to change the narrative of the league after the fact, which was yet another decision that had nothing to do with football.

At this point, it is unknown what dialogue even led to the workout being scheduled by the NFL and Kaepernick and whether the plans were finalized and agreed to as of the time the workout was announced. More importantly, the issues remain unclear about why the NFL decided in week 11 of the season to extend the chance to Kaepernick to have a workout three years after his de facto expulsion from the NFL.

There are a lot of questions on both sides of the field that remain unanswered, but what is clear is this is an issue much bigger than football. 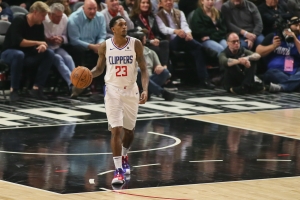 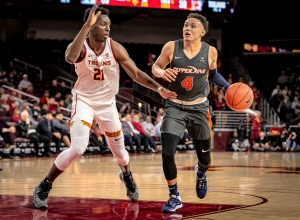