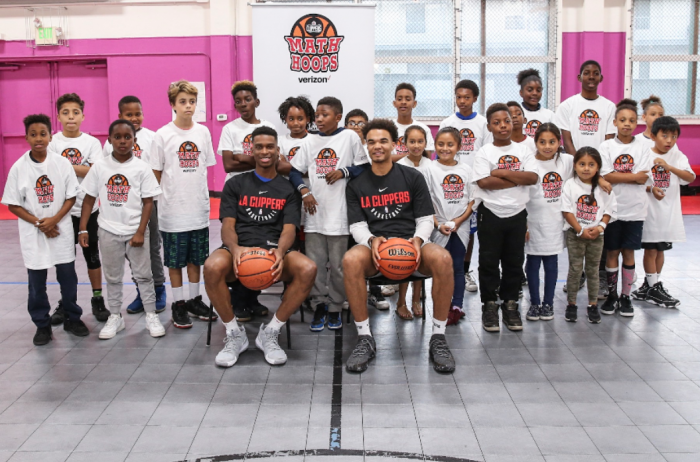 Clippers rookies, Shai Gilgeous-Alexander and Jerome Robinson, engaged with youth at the Crenshaw Family YMCA as 40 local students participated in Math Hoops, an educational board game competition, on Tuesday.

“Personally, when I was young, I was at the YMCA a lot, working on my game, so it was cool coming back to local YMCA’s and giving back,” reflected Gilgeous-Alexander.

Both players had personal connections to visiting the YMCA as they recalled participating in their local YMCA’s as adolescents. Gilgeous-Alexander said he was inspired by Vince Carter, when the current Atlanta Hawk played for the Toronto Raptors.

“Bringing it back to when I used to go to the YMCA as a kid and they used to have guests there as well, it kind of touched me in the heart,” added Robinson, who remembered former NBA champion David West, coaching a traveling basketball team in his hometown. 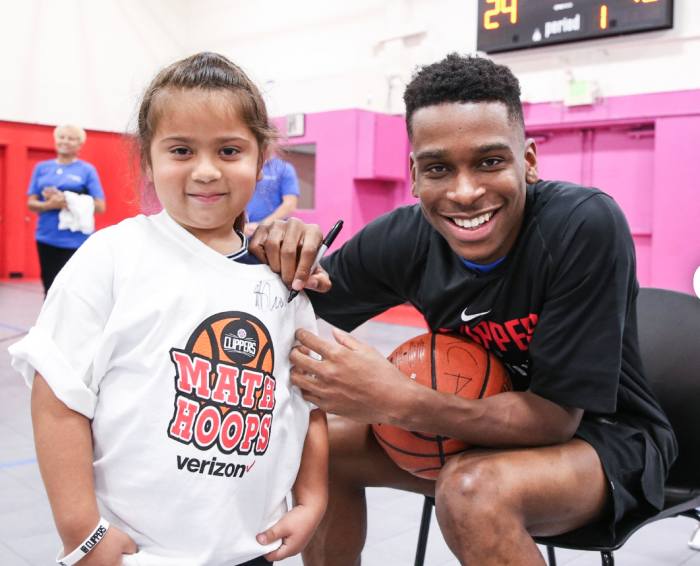 The pair’s experience came full circle as they spent the afternoon influencing the next generation of students. Each Clippers player represented a respective Math Hoops team. Based on the outcome of the math problem students solved, the rookies were required to make shots on the basketball court from varied half-court ranges.

It was as heated on the sideline, as students competed on the board, as it was on the court as the rookies exchanged friendly trash talk. Ultimately, Gilgeous-Alexander emerged victorious with a resounding win over Robinson.

“It’s a great way to spend an off day and having a teammate with me as well, it was awesome just giving back to the community,” Robinson remarked. The former No. 13 overall pick in this year’s NBA Draft emphasized the importance of intersecting sports, education, competition and sportsmanship.

“They were really fun questions,” the Clippers 2018 first-round pick out of Kentucky, Gilgeous-Alexander laughed. “They’re so honest and they’re just curious no matter what it is and I was like that at one age. So it was just cool to see the tables turn.” 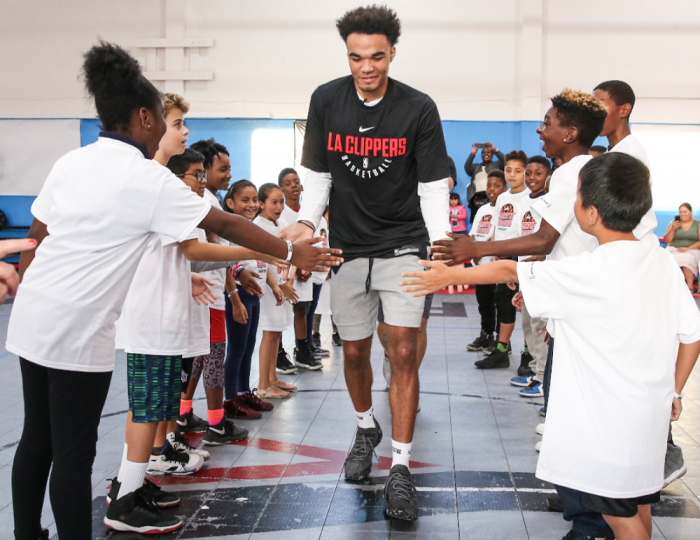 The players shared with the students that their favorite subject when they were in school was math too.

“That just made me excited,” commented Johnson, who is currently a sixth grader at Frank D. Parent Elementary School. Johnson also plays basketball at the Crenshaw Family YMCA under sports coordinator, Jeffrey Paige.

“They’re going to need math all their life, so it’s good to have somebody like the Clippers to come in and inspire them to do math,” Paige emphasized. “A lot of these kids, they need to be inspired and it was great just having them around.”

Math Hoops was created by Learn Fresh Education Company to motivate students, in underserved communities in particular, by providing an educational experience that keeps them engaged with its fast-paced, competitive, and fun nature. Learn Fresh commenced its partnership with the NBA in 2014 with the Cleveland Cavaliers.

“A lot of times where the arenas are situated, the area right around the arena where these players are playing is a lot of underserved communities and so we developed this game for these kids to have fun while learning math,” declared chief partnership officer for Learn Fresh, Colleen Serafini.

Over the past three years, Learn Fresh has partnered with the Los Angeles Clippers to provide similar experiences for local youth in the greater Los Angeles area.