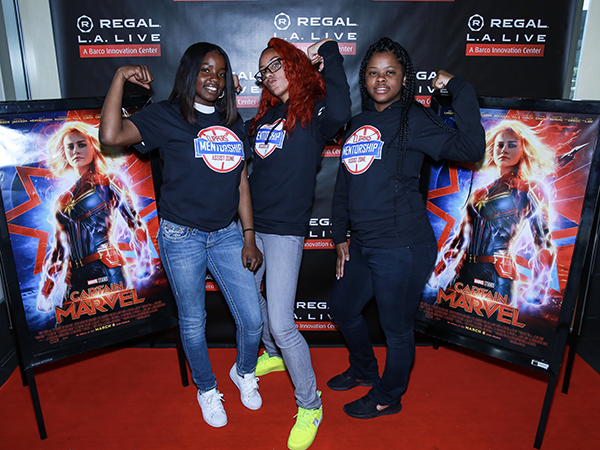 In honor of Women’s History month, the Clippers Mentorship Assist Program invited 100 girls to an exclusive viewing of “Captain Marvel” at L.A. Live. Prior to the screening, STEAM advocate and 2017 Miss USA winner Kára McCullough and “MythBusters” star Tamara Robertson talked to participants about their professions and explained why having more women in STEM-related jobs is important.

Both McCullough and Robertson have a passion for science and they are encouraging young girls to do the same. Robertson gave up her engineering job to travel throughout the country and teach STEM to youth. This led her to the show “MythBusters” and “MythBusters Jr.”

“Growing up in a military family, I didn’t know any engineers … the only engineer I knew was Scotty on “Star Trek” and so I thought engineering was only for boys,” Robertson said. “I talk to them about the fact that I didn’t have scholarships, I didn’t have someone paying my way.”

McCullough is a former scientist for the U.S. Nuclear Regulatory Commission. She also fell in love with science at an early age when she found a science kit in the Naval base where she lived on in Japan and showed it to her mom.

“Through that experience, she saw that I had a passion for discovery, science and just independence,” McCullough said. “She allowed me to buy a grow-your-own bouncy ball kit and a grow-your-own geode kit.”

McCullough created the nonprofit organization “Science Exploration for Kids” (SE4K) during her college years while pursuing a degree in chemistry with an emphasis in radiochemistry.  In its nascent stages, she would do science experiments with elementary school kids throughout Orangeburg, SC for an hour after school.

“I had a lot of fun doing that,” McCullough said. “I knew when I was their age, I needed that because I didn’t have that guidance when I was younger.”

“Captain Marvel” is another chapter in the Marvel Cinematic Universe, a collection of movies based on Marvel comic book characters, including Black Panther, Ironman, and Captain America. Prior to the screening, Roberston explained the science of the movie.

“[Captain Marvel is] gonna be able to be able to fly, which is physics,” Robertson said to the 100 girls in the audience. “She’s gonna be able to shoot plasma beams, which nowadays, we actually do to shoot down drones and pieces of space debris.” 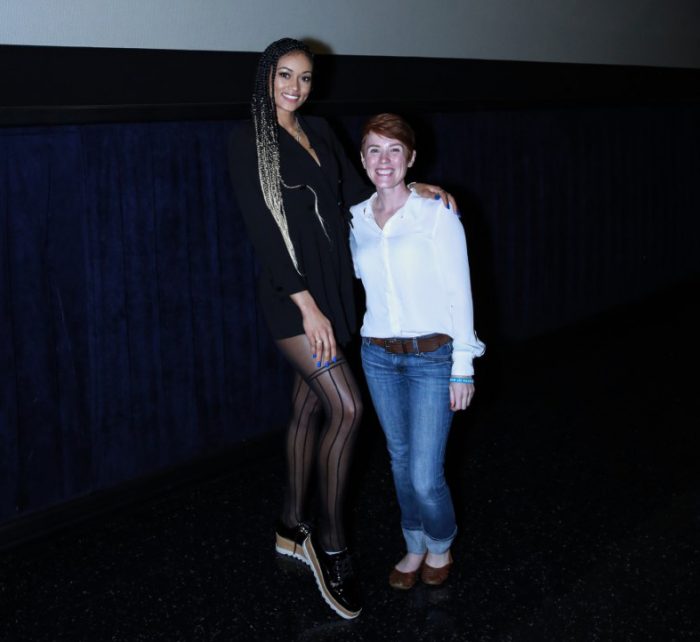 The participants are members of the Mentorship Assist Program and have attended previous Clippers events that involved science and technology. The girls were also invited to attend the Clippers SciFest SoCal, a STEM event full of large-scale exhibits and workshops at the Los Angeles Convention Center on March 22-23.

“The speakers that we have today will be guests at that event as well,” said Clippers vice president of community relations and player programs and executive director of the L.A. Clippers foundation Denise Booth. “They’ll both have another opportunity to share STEM and STEAM-related programs with the girls.”

McCullough has experience with events like Clippers Scifest SoCal. After winning the Miss USA pageant, McCullough hosted the “Take Flight with SE4K” workshop in Washington D.C. Her workshop brought in 120 attendees.

“We’re gonna be doing a lot of wet chemistry experiments,” she said. “You gonna be able to see something being made out of polymers.”

To register for the Clippers SciFest, please visit www.clippers.com/scifest