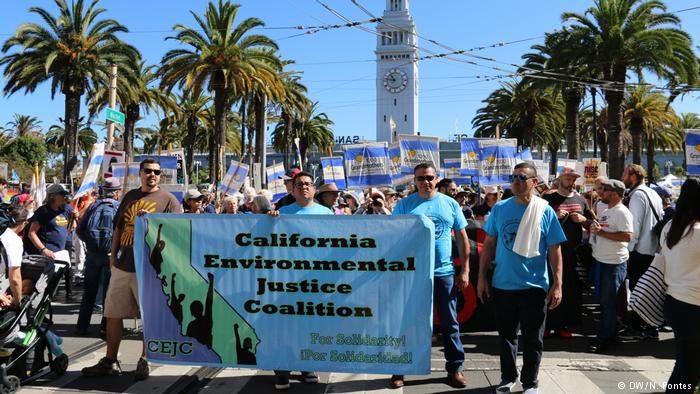 All eyes were on a powerful storm as it sent water cascading into swollen rivers and raised fatalities at the beginning of the week to 25.

That was Nigeria. This week, from the Carolinas to the Nigerian Delta, from the Philippines to Hong Kong, weather unlike anyone can remember has been pounding the planet. Preparation for super-typhoons in Asia, the “storm of a lifetime” in the Carolinas, or the annual rainy season in Nigeria appear to have softened the blow even while escape routes were closed and roads turned into raging rivers.

Nigeria’s fatalities occurred when the country’s two major rivers – the Niger and the Benue – burst their banks.

Flooding was attributed to blocked drainages, constructions along water channels and illegal mining along river banks.

The U.S.-based Union of Concerned Scientists wrote: “Global warming is making heavy rain more frequent in many areas of the country. With human alteration of the land—like the engineering of rivers, the destruction of natural protective systems, and increased construction on floodplains—many parts of the U.S. are at greater risk of destructive floods.“

This past week, a Global Climate Action Summit was held in San Francisco, California.

Summit organizer California Gov. Jerry Brown warned: “We’re running out of time. There’s been some backsliding since Paris – our summit aims to increase the commitments that have already been made in Paris, to make them even greater, and thereby build the momentum going into the Conference of the Parties at Poland.”

Leaders from all sectors of society were there to demonstrate how they are ‘taking ambition to the next level’ with a wave of fresh and brave climate action announcements that, if implemented will generate over 65 million new, low-carbon jobs by 2030.

The event was also attended by protestors who chanted “Tell Jerry Brown to keep it in the ground” and held signs reading “Don’t drill.” There were scuffles as police attempted to remove several protesters. Inside, protesters interrupted former NYC mayor Michael Bloomberg, chanting: “Our air is not for sale.”

They have also attacked the governor for allowing more than 20,000 drilling operations during his tenure.

“We are experiencing huge economic losses due to climate change.” said UN Secretary-General António Guterres. “But the Global Climate Action Summit has brought together actors demonstrating the vast opportunity afforded by climate action. They are betting on green because they understand this is the path to prosperity and peace on a healthy planet.”