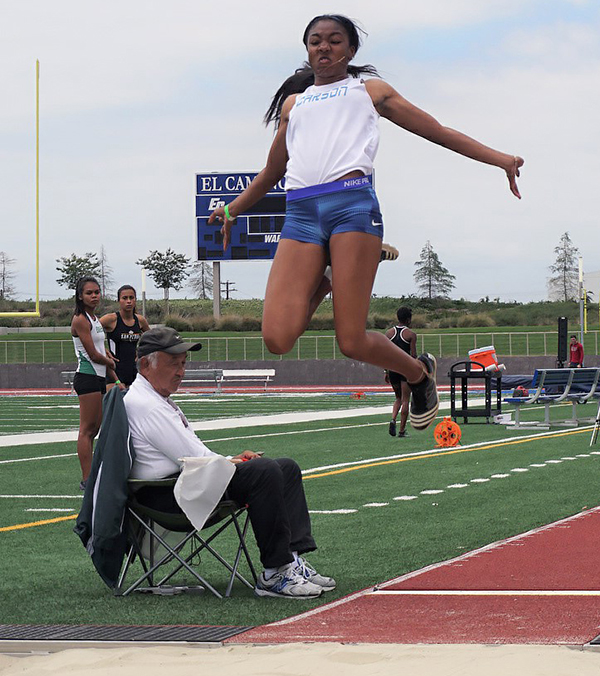 Carson and Dorsey High Schools proved to house the most talented sprinters during the 2017 City Section Track and Field championships.

The Colts took the top three spots for girls 100m and 400m dash.

Mark Nunez of Dorsey came in first place for boys 200m and 400m dash. Hurdles events belonged to senior Dakari Douglas, who put on a 14.72-second performance on the 110m hurdles race and a 39.27 time for the 300m hurdles event. Demetrius Douglas came in second for the 110m hurdles with a 15.17 time. 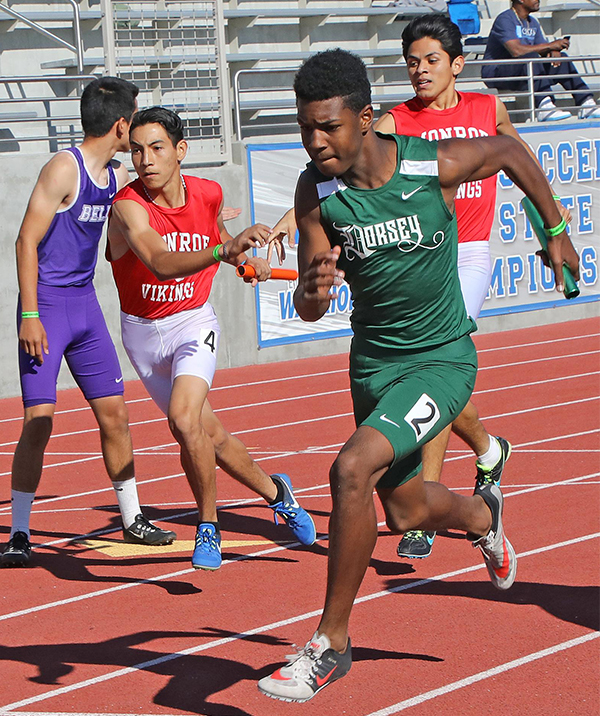 Crenshaw High School was prominent throughout the Inclusive Sports (IS) circuit. Senior Jalan Thompson won first place for the IS long jump with 15’, Carlos Rodriguez of Grant came in second and Ramon Alaniz of Verdugo Hills came in third place.

Crenshaw became champions of the IS girls 4x100m relay with a 64.39 effort. Jasmine Blackmon and Rosa Tolentino earned second and third place respectively in the IS girls 100m final, and Natalie Vasquez of Franklin came in first with a 14.99 record.

Senior Marquice Bowman defended the Cougars in shot put with a 49’1.75” toss. The performance came second to Tobi Orisaray of El Camino Real, who threw a meet winning 50’2.75”.

The Yankees mastered the 4x100m relay with a 41.99 record, forcing the Dons to second place and El Camino Real in third. Senior Omar Ali represented Hamilton by clinching the top spot in the IS boys 100m (12.68 seconds) and the IS boys 400m (59.63 seconds).

The Qualifying heats for the State championship will take place at Buchanan High School in Clovis, CA from June 2-3.