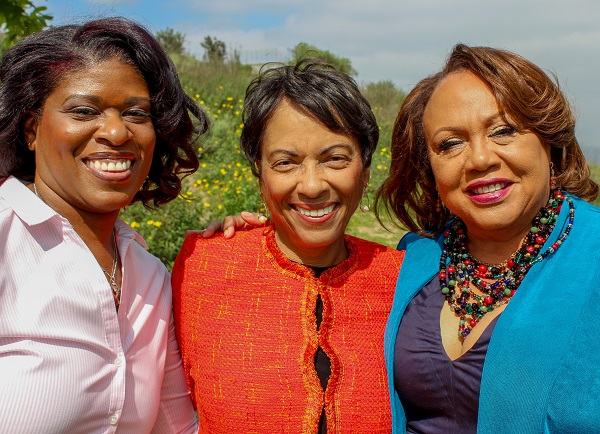 As spouses, the women are not as high profile as their husbands, but their contributions are vital to the success of the elected officials.

In addition to giving love and support, Wesson, Richardson-Price and Harris-Dawson provide added stability and balance while nurturing their families and pursuing their own careers. Is it easy? Not by a long shot, yet the three women are handling the demands.

“We’ve been balancing working and raising a family doing it for generations.  Now, this is just another component you weave into the fabric of your life and you make it work. You make it happen.” 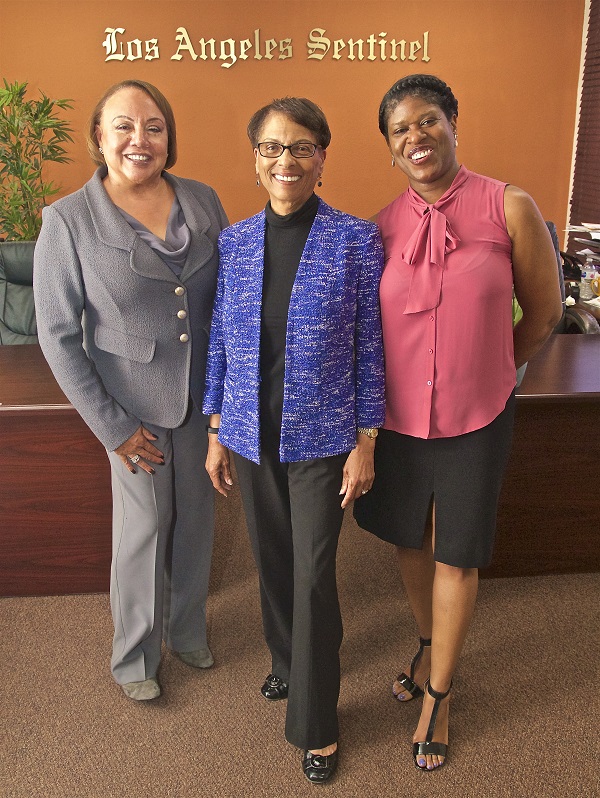 For Richardson-Price, being elected official’s wife is an opportunity to involve her family in public service. Even though her schedule includes being president of Del Richardson & Associates, Inc. (DRA), a right of way, real estate development and strategic outreach services firm, she considers investing in people and community to be invaluable.

“All of our family members serve on committees and we engage the grandchildren very early in philanthropy and giving back.  It’s part of our family culture. We will gain spiritually and our investment in the community and people is what I’m excited about,” said Richardson-Price.

Of course, there are challenges for the spouses, noted Harris-Dawson, who cited the lack of privacy in the lives of politicians.

“Also, when you’re elected, the expectations of the community are higher and it’s not always the wiggle room to make mistakes. There’s more pressure,” added Harris-Dawson, who is no stranger to insistent people.

Emboldened by her family history of social justice involvement, she was a founding staff member of Community Coalition and worked 14 years establishing the nonprofit’s administrative and financial infrastructure. Following a brief stint with then-Assemblymember Karen Bass, she began her current position as director of administration for Strategic Concepts in Organizing and Policy Education (SCOPE) in 2005.

“You’re living in a fishbowl and every move, everything that you say is being monitored and can be taken out of context, twisted, or turned against you and your husband. For me, that’s the most challenging,” said Wesson, although she admitted that she still maintains an open-door policy with constituents.

“I’ll get phone calls [that say], ‘I know you’re the wife, but I can’t get through to him at the office.  Can I leave you this information?’  You have to be accepting of that and always gracious, always open, always available and accessible.”

Offering similar advice, Richardson-Price recommended, “Be open, gracious, patient and know that he ran for office, but you’re also a part of that.  He was elected and you’re selected. It’s a partnership.  You’re highly visible and you can’t expect too much privacy.”

Still, their lives as spouses of public servants have been highlighted by memorable moments such as the times that their husbands’ took the oath of office at various ceremonies.

“It was memorable because when he got sworn in as councilmember, I think I didn’t really believe it until that happened,” laughed Harris-Dawson.

“When Herb was elected Speaker of the State Assembly, my memories are just wonderful of the family enjoying being in the chambers and his mom’s chest was so full of pride,” said Wesson.  “Another one was when I was elected chair of the California Science Center and Exposition Park and having him at my swearing in. That was memorable.”

“I think when Curren was elected to the State Senate was such a special moment,” recalled Richardson-Price. “He reached that plateau and was able to affect laws and create legislation that benefitted the entire state. It was very special.”

Wesson, Richardson-Price and Harris-Dawson are forming a strong bond as the spouses of the city’s African American councilmembers and hope their service will inspire other women of color, especially those experiencing difficult situations.

“I think of my grandmother.  She’s a strong woman and just what she’s been through and the four children she raised.  I think of her when I try and slack off,” said Harris-Dawson

According to Wesson, “There’s no limit for what women of color can do in this world. It’s up to us to keep uplifting the generation that’s coming up now.”

Richardson-Price declared, “While it’s difficult times, we’ve seen harder times. We have shoulders to stand on.  Each one, teach one.”