Private pool house with amazing views in Los Angeles, claims airbnb.com. A City Council Committee continued to debate proposed regulations for Airbnb and short-term housing rental companies Tuesday but made no decision and planned to pick up the issue again later in the summer. (photo courtesy of airbnb.com)

A City Council Committee continued to debate proposed regulations for Airbnb and short-term housing rental companies Tuesday but made no decision and planned to pick up the issue again later in the summer.

Hundreds of people showed up to speak about a draft ordinance under consideration by the Planning and Land Use Management Committee, and for the first time, an overflow area was set up with an audio feed directly into the council chamber so that more people could voice their opinion.

The city does not have an ordinance regulating Airbnb, which connects travelers with hosts looking to rent out their home or a bedroom in their home, but struck a deal with the company last year for it to pay hotel taxes on behalf of its hosts under a three-year agreement, even though short-term rentals are illegal in many residential neighborhoods.

Among the most controversial parts of the proposed ordinance is limiting the number of rental days per host to 180 days a year. Other cities have enacted short-term rental limitations, with Santa Monica limiting them to 60 days and San Francisco limiting them to 90 days.

Los Angeles projects it could collect over $33 million in taxes from Airbnb for the upcoming fiscal year, and has banked on the number in its approved budget, but the company has warned that capping rental days would significantly cut into that number.

One after another, speakers told the committee that a rental cap would severely impact their finances, with potential hardships including being unable to pay their medical bills, send their kids to college or be able to keep their homes.

With the chamber at full capacity, about 200 people also gathered on the south lawn and took turns speaking into a microphone wired into the chamber so the committee members could hear them. Councilman Jose Huizar, who chairs the committee, said it was the first time such a setup had ever been attempted.

“Guests contribute to the local economy, and we need business in our community and we need people to be able to share their homes,” Noreen McClendon, executive director of Concerned Citizens of South Los Angeles, told the committee. “You have heard stories already of people being able to supplement their income and we don’t want that restricted. And I just ask that you take into consideration the stories that you’ve heard, they’re real.”

While Airbnb is fighting the 180-day ordinance, the city has been receiving pressure from other groups to pass a more stringent one. In March, a group that included representatives of the Venice Community Housing Corporation, the Coalition for Economic Survival and the California Hotel & Lodging Association called on the city to limit rentals to 60 days.

“We feel (Airbnb rentals) do not meet the higher safety standards that hotels are subject to, take business away from the hotels and reduce housing for an already tight market,” said Benjamin Young, a vice president with AEG Worldwide, which operates the Los Angeles Convention Center and owns the JW Marriott hotel. 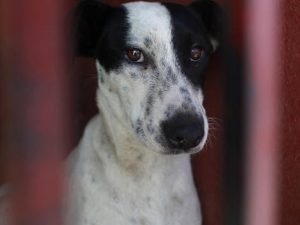 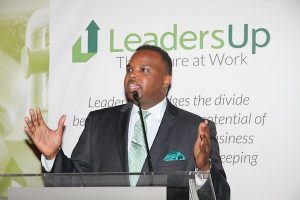 LeadersUp and USC team up to put 1,000 careers within reach for community m...