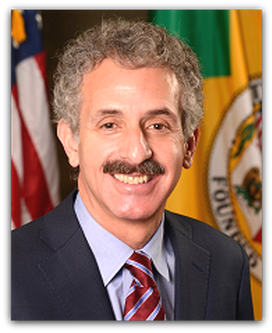 City Attorney Mike Feuer announced that his office, on behalf of the City, is suing the Federal Aviation Administration (FAA) in the U.S. Court of Appeals, challenging the FAA’s recent changes to procedures that affect incoming aircraft flying over mid-City and central Los Angeles on their way to Los Angeles International Airport (LAX).  The FAA’s changes allegedly were done without proper environmental review or public input and represent the latest example of FAA’s persistent failure to address noise and other negative impacts from aircraft overflights in those areas.

The City’s petition also challenges the FAA’s recent decision to limit public comment on flight procedures, and require members of the public who submit online comment to FAA’s flight procedures website regarding the environmental consequences of proposed flight procedures to acknowledge the FAA won’t take those comments into account.

“The FAA made changes to a major flight path over Los Angeles without ever considering the environmental consequences of those actions.  Then the agency sought to curtail public comment on the FAA’s own flight procedures website, including compelling members of the public to agree their input on the environmental impacts of proposed flight procedures won’t count, as a condition of commenting on those procedures in the first place” said Feuer.  “Those decisions must not stand.  We’re fighting to give L.A. residents the chance to engage on a major issue affecting their quality of life, and, ideally, to create opportunities to find real solutions to noise and other concerns.  And we’re fighting for the American public’s right to have their comments on FAA actions actually matter.”

“Angelenos should be informed, heard, and presented with options for relief when flight path changes affect their communities,” said Mayor Eric Garcetti. “This did not happen when FAA implemented the new North Downwind Arrival flight path — and this lawsuit demands that the agency better engage the public and help protect our residents’ quality of life.”

“Since May of 2017, we have been working with city, state and federal officials to mitigate the non-stop disruptions to our constituents created by the FAA’s implementation of the NextGen Metroplex program,” said Council President Herb Wesson. “It’s unfortunate that it has come to a lawsuit, but I will do everything in my power to protect my constituents and their quality of life.”

Three years ago, as part of FAA’s implementation of the Southern California Metroplex, FAA changed flight patterns for aircraft landing at LAX, including consolidating flight patterns over West Adams and other communities in mid-City and central Los Angeles, causing significant noise and other environmental impacts. In May 2018, FAA made further changes to this flight arrival pattern, but allegedly failed to perform the required environmental review or seek public comment.

The City of Los Angeles previously requested the FAA address a series of specific changes sought by the City to at least partially provide some relief to residents, including: ensuring that during nighttime hours aircraft remain at the minimum altitudes established by the FAA itself (pilots and air traffic controllers routinely have disregarded those minimum altitudes); that the FAA instruct pilots to remain at higher altitudes when they are allowed to deviate from the established arrival pattern; and that the FAA give a date certain by which it would implement new technology the agency claims would ensure aircraft strictly comply with the established arrival pattern and minimum altitudes—a step the City believes the FAA should have implemented three years ago when it first established these new flight patterns as part of the Metroplex. To date these negotiations have been unsuccessful, and with the time to bring legal action against the FAA fast approaching, the City filed its lawsuit.

Among other things, the City will claim that the FAA failed to comply with its own procedures and to properly consider all of the environmental impacts of the changes to its flight procedures for aircraft arriving at LAX.  The City will seek a court order compelling the FAA to complete an environmental review of the changes to the flight patterns, including taking comment from residents on noise and other quality of life issues, and to examine alternatives to the currently implemented flight path over Los Angeles neighborhoods in order to address any impacts.

The lawsuit also challenges the FAA’s recent decision to lock out the public from offering comment on the impact of any FAA flight track change anywhere in the country.  The FAA discontinued its long-standing practice of accepting public comment on proposed flight procedures on its website and has gone so far as to require anyone using its website to acknowledge that the FAA would ignore any comments about the environmental impacts of flight procedures.  The City will seek a court order rescinding the FAA’s decision, which has potentially prevented residents throughout the City—and all Americans—from communicating their legitimate concerns to the FAA.

To ensure the FAA also hears and addresses airplane traffic negatively impacting San Fernando Valley and Santa Monica Mountain residents, the City Attorney has been communicating directly with the FAA’s Regional Administrator, the agency’s legal counsel, and members of Congress to resolve the issue. He has joined with federal and local officials in a series of steps aimed at obtaining relief from aircraft overflights for San Fernando Valley residents, including action to disperse flights so that no community bears an undue burden.

The City Attorney and other local and federal representatives pushed the FAA to conduct a thorough environmental assessment of prospective flight pattern changes over the South San Fernando Valley and Santa Monica Mountains. The FAA agreed to conduct that assessment, and to consider dispersal of flights in the process.

The City Attorney and City officials then sought answers from the FAA as to what actions it intends to take now to abate noise issues emanating from aircraft overflights.  Congress members Schiff and Sherman followed with a letter to the FAA supporting the City’s request.  In addition, Senators Feinstein and Harris and Congress members Sherman and Schiff are urging the FAA to convene a noise roundtable to grapple with complaints by San Fernando Valley residents and businesses.

The City Attorney supports Hollywood Burbank Airport’s request that the FAA conduct a Part 175 study, the purpose of which would be to analyze dispersal of flights.  Last week, Hollywood Burbank Airport officials took the additional step of calling on the FAA to change flight patterns from that airport to reduce noise over Southern San Fernando Valley communities.

The City Attorney has been seeking the convening of a House Aviation Subcommittee meeting. Last week, Congress members Sherman and Schiff joined with 27 other Congress members calling for an investigation into how the FAA addresses noise complaints arising from recent implementation of aircraft flight path changes nationwide.

The City Attorney is actively monitoring the FAA’s actions with regard to the anticipated Environmental Assessment for Hollywood Burbank Airport, the arrival procedures for LAX, and in all other respects. 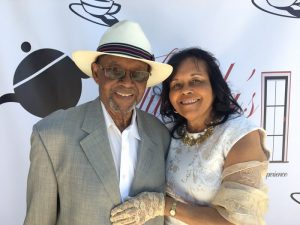