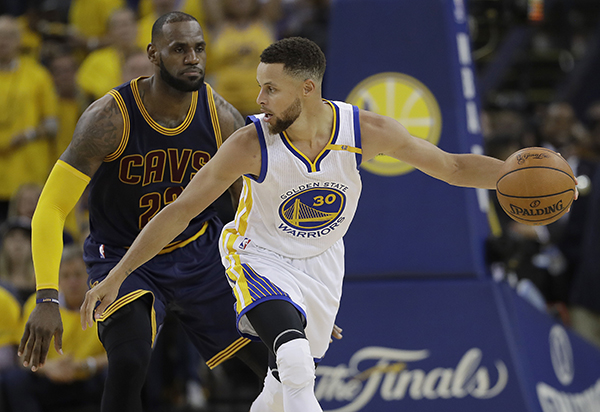 The NBA today revealed the team rosters for the 2018 NBA All-Star Game, as selected by All-Star captains LeBron James of the Cleveland Cavaliers and Stephen Curry of the Golden State Warriors in the inaugural NBA All-Star Draft.
James drafted DeMarcus Cousins (New Orleans Pelicans), Anthony Davis (New Orleans), Kevin Durant (Golden State) and Kyrie Irving (Boston Celtics) to join him in the starting lineup.  To complete Team LeBron, James selected LaMarcus Aldridge (San Antonio Spurs), Bradley Beal (Washington Wizards), Kevin Love (Cleveland), Victor Oladipo (Indiana Pacers), Kristaps Porzingis (New York Knicks), John Wall (Washington) and Russell Westbrook (Oklahoma City Thunder) as reserves.
Curry will start on Team Stephen alongside Giannis Antetokounmpo (Milwaukee Bucks), DeMar DeRozan (Toronto Raptors), Joel Embiid (Philadelphia 76ers) and James Harden (Houston Rockets).  For reserves, Curry chose Jimmy Butler (Minnesota Timberwolves), Draymond Green (Golden State), Al Horford (Boston), Damian Lillard (Portland Trail Blazers), Kyle Lowry (Toronto), Klay Thompson (Golden State) and Karl-Anthony Towns (Minnesota).
The 67th NBA All-Star Game will take place on Sunday, Feb. 18 (8 p.m. ET) at Staples Center in Los Angeles, airing on TNT and ESPN Radio.  The game will reach fans in more than 200 countries and territories in more than 40 languages.
The 2018 NBA All-Star Draft was conducted today via conference call.  As the All-Star starter from each conference who received the most fan votes in his conference, James and Curry drafted the team rosters from the pool of players voted as starters and reserves in each conference.  The captains selected their 11 teammates regardless of conference affiliation, marking the NBA’s first All-Star Game without a matchup between the Eastern Conference and the Western Conference.
Team LeBron features seven players from the East and five players from the West, with seven frontcourt players and five guards.  Team Stephen showcases seven players from the West and five players from the East, with seven guards and five frontcourt players.  The five players in the 2018 NBA All-Star Game who have won the Kia NBA All-Star MVP – Davis (2017), Durant (2012), Irving (2014), James (2006, 2008) and Westbrook (2015, 2016) – are all on Team LeBron.  Durant will go head-to-head against the Warriors’ other three All-Stars in Curry, Green and Thompson.
During the draft, the eight remaining All-Star Game starters (aside from James and Curry) were selected in the first round.  The 14 reserves were chosen in the second round.  James, as the top overall finisher in fan voting, was awarded the first pick in the first round, while Curry had the first pick of the second round.  The captains alternated picks in each round until all players in that round had been selected.
With Curry representing the Western Conference in a Western Conference arena, Team Stephen has been designated the home team and was able to choose between wearing black or white uniforms.  Curry selected the black uniforms, and Team LeBron was assigned the white uniforms as the visiting team.
NBA Commissioner Adam Silver will select the replacement for any player unable to participate in the All-Star Game, choosing a player from the same conference as the player who is being replaced.  Silver’s selection would join the team that drafted the replaced player.  If a replaced player is a starter, the head coach of that team will choose a new starter.
Team LeBron will be coached by the head coach from the Eastern Conference team with the best record through games played on Sunday, Feb. 4 among the 14 teams with an eligible head coach.  Boston’s Brad Stevens is ineligible because he coached in last year’s All-Star Game.  Team Stephen will be coached by the head coach from the Western Conference team with the best record through Feb. 4 among the 14 teams with an eligible head coach.  Golden State’s Steve Kerr is ineligible because he coached in last year’s game. 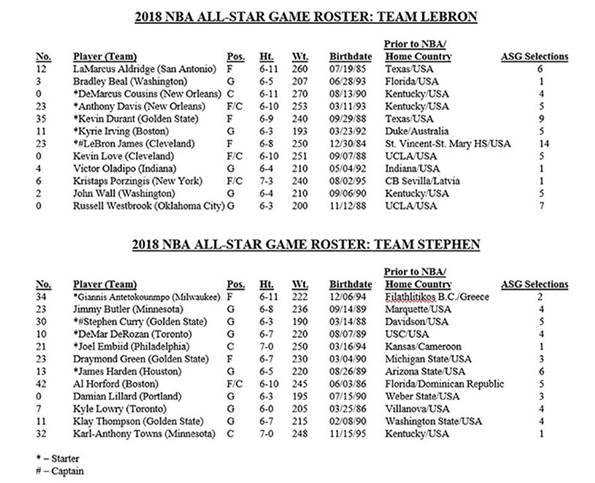 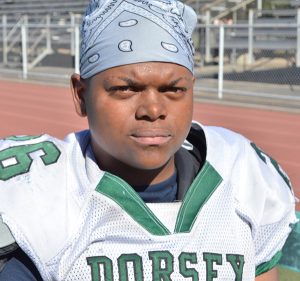 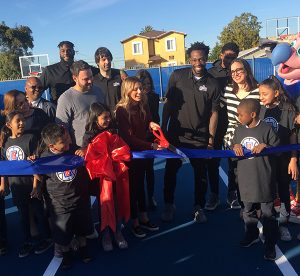