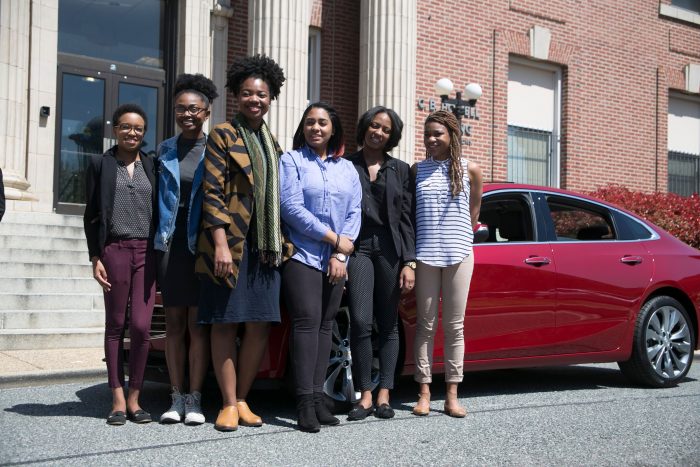 Like many of her peers, for Ila Wilborn, the best part of the General Motors’ and National Newspaper Publishers Association’s (NNPA) Discover the Unexpected (DTU) Programwas the opportunity to gain genuine experience while working in a professional news organization.

Wilburn is currently a graduating broadcast journalism student at Florida A&M University and an anchor for the award-winning FAMU-TV. However, she spent the summer of 2018 as a DTU Fellow at the New Journal and Guidein Norfolk, Va., an NNPA member media company.

“I was able to work closely with media professionals and see their daily steps to success,” said Wilborn, who drove a white 2018 Chevrolet Equinox as part of the fellowship.

“I was placed in uncomfortable situations, which forced me to step outside of my comfort zone and grow as a journalist,” she said.

“I believe that myself and the other fellows were benefitted because our work has been published online and in newspapers across the country and I can now search my name on Google and see the work that I’ve created or contributed to,” Wilborn said.

Each year since 2016, General Motors’ Chevrolet brand has partnered with the NNPA, a trade association that represents more than 200 African American-owned media companies across the country. The Discover the Unexpected Journalism Fellowshipprovides a $10,000 scholarship, $7,500 stipend and the road trip of a lifetime to between six and eight students selected for the honor.

This year the trip will take place in the all-new Chevy Blazer.

In addition to the cash and access to an amazing car, selected full-time sophomores, juniors and seniors attending Historically Black Colleges and Universities (HBCUs) who are at least 18-years old, will also experience exciting challenges while discovering and documenting inspirational stories about the African American community.

Using NNPA’s professional resources and traveling in the latest Chevrolet — fully loaded with features and innovative technology, DTU Fellows have shared stories, shattered perceptions and jump-started journalism careers. The alumni from DTU’s 2016, 2017 and 2018 Fellowships have proven an encouragement for all to Discover the Unexpected. 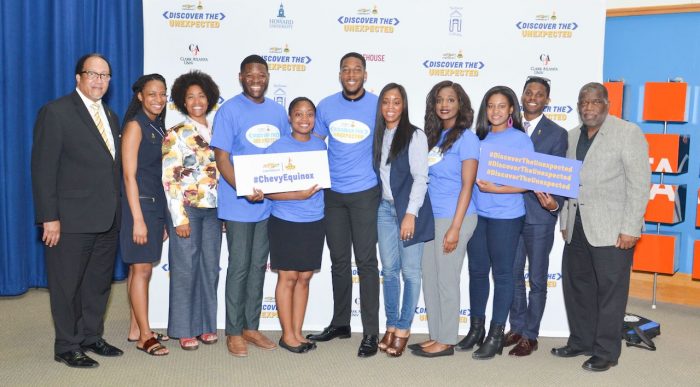 Alexa Imani Spencer, who founded the first student-chapter of the Ida B. Wells Society for Investigative Reporting at Howard University, drove an all-new Chevrolet Equinox for one month as a 2017 DTU Fellow working with the Washington Informerin Washington, DC.

Spencer said she was honored to work for the historic black newspaper and benefitted greatly from the experience.

“In the same objective as the ancient scribal practice of writing on walls in Ancient Egypt, or Kemet, we ensured that the African experience in America would be chronicled precisely as it was lived,” Spencer said.

“As Fellows, we had not worry about transportation, funds for housing, food and other living expenses. We were well taken care of and the program took full consideration of our needs in a way that other programs that do not acknowledge the disparities of African-American students may not,” she said.

The DTU Fellowship was an unforgettable experience and like no other, Spencer continued.

“To have such an immersive learning experience with media professionals is something that I will forever be grateful for.

“I learned photography, videography, editing and on-camera interview skills from this fellowship and have been able to master my craft,” she said, adding that it’s her belief that the experience will help her in the future in part because of the lifetime connections she’s made with media and corporate professionals.

As one of the first Fellows in the program in 2016, Briahnna Brown drove a 2016 Chevy Malibu during her assignments with the Chicago Defender.

A Howard University Graduate and current staff writer at GW Today, Brown also said she enjoyed her experience in which she experienced live-reporting through social media both in Chicago and in Cleveland during the Republican National Convention.

“I think it helped me to get social media reporting experience,” Brown said.

“I also loved traveling with the program because it exposed me to new experiences such as covering a NASCAR initiative in Indianapolis.” 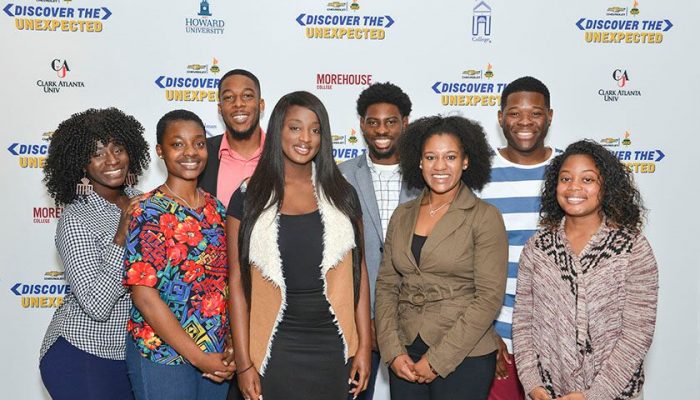 A senior at Howard University who’s majoring in Media, Journalism, and Film Communications with a concentration in journalism and a minor in Spanish, and a budding communications professional and strategist, 2018 DTU Fellow Daja Henry said she enjoyed both driving the supplied 2018 Chevrolet Equinox and working at the Atlanta Voice and The New Journal and Guide.

“I had a lot of autonomy in choosing and writing stories,” Henry said, noting that she covered various stories in places like Atlanta; Charlotte, N.C.; and Norfolk, Va.

During her fellowship, Henry also gained other experience including serving as a director and producer on a documentary.

“DTU was an amazing experience for me because it solidified my beliefs in the importance of the Black Press and self-determination,” Henry said.

“The Program exposed me to so many new places and people, which in turn, expanded my mindset tremendously. The program allowed me to do exactly what the name says – Discover the Unexpected,” she said.

Perhaps speaking for each of the Fellows, Spencer said she believes it’s absolutely necessary that the younger generations are aware and engaged with the DTU program and the Black Press.

“This is an extension of the call-to-action put forth by NNPA to today’s youth: I urge you to pay attention to the Black Press,” Spencer said.

“Learn the history and invest in preserving and contributing to it. In order to be self-determined, we must speak for ourselves,” she said.