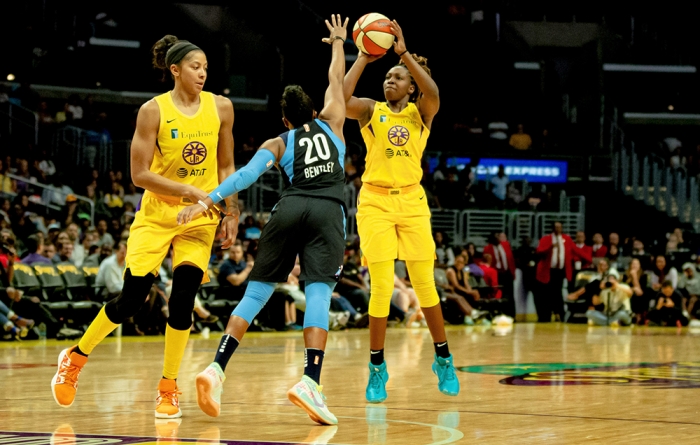 With their spot in the Playoffs secured, the Los Angeles Sparks look to finish off their season with wins. After having a slow start, they warded off the Atlanta Dream with a 70-60 on Tuesday.

“As talented as this team is, I wanted to make sure that the game is easier for everybody,” Parker said. “If it requires me to score, I’m gonna do that.”

Sparks forward Nneka Ogwumike sat out this game for rest purposes. During the Sparks road game against the Las Vegas Aces, Nneka fell ill and did not return to play in the second half. Los Angeles ultimately lost to Las Vegas 86-92. Sparks coach Derek Fisher noted how he wanted to help Nneka take care of herself before she takes care of others.

“She does a lot for our team, she passes out boarding passes, collects ID’s,” said Fisher. “[We’re] just helping Nneka to manage her fatigue, how tired she gets over the course of a season.”

While Nneka was out, guard Chelsea Gray played all 40 minutes of the game; she scored 15 points, four assists and three steals, giving her another achievement for her league MVP campaign. Fisher mentioned how her presence on the hardwood keeps the Sparks competitive.

“[Gray] got off the ball a little more, Candace (Parker) handled, Sydney (Wiese) handled, other people initiated the offence,” Fisher said. “[Gray] expended less energy playing 40 minutes than she had at times playing 34 minutes. I liked the adjustment that she was able to make in that regard.”

The Sparks hit an offensive drought midway through the first quarter. Guard Alex Bentley initiated the Atlanta surge, scoring nine points in that time. Los Angeles shot at 33 percent from field and could not land a three-point shot. The Dream was generous with their physical screens, which would help them combat against the Sparks defense. They also would frustrate the Sparks with double-teams.

Yet the Sparks shot their way out of an eight-deficit in the second quarter. Center Chiney Ogwumike was a key contributor, scoring 11 points. She would finish the game with 17 points and 10 rebounds.

“Going in, I knew what the situation was and so I was just able to square my mind on being aggressive,” Chiney said. “I feel like we’re the deepest team in the W.” 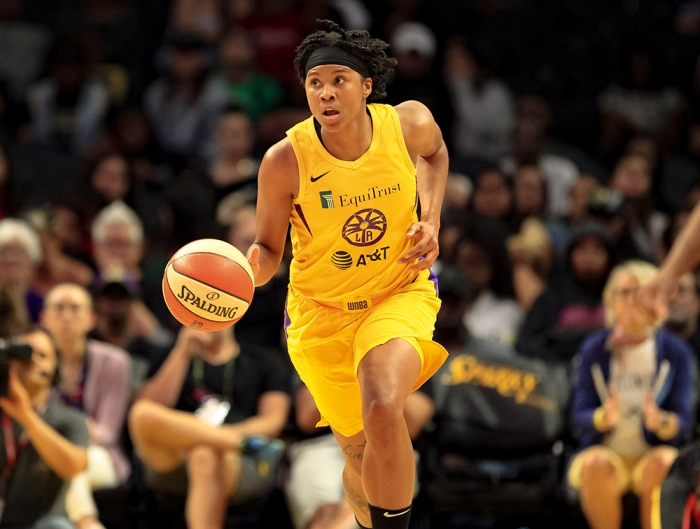 Atlanta made defensive strides, but became absent on the offensive end, not scoring for almost six regulated minutes. Los Angeles was within one point of Atlanta by halftime.

The Sparks continued to persevere, despite gathering offensive fouls. Midway through the third quarter, Riquna Williams earned her 4th foul and was subbed out for Wiese. Los Angeles converted their deficit into a six-point lead by the end of the third quarter, scoring 34 points in the paint compared to the Dream’s 14.

“It’s not really about making the adjustment, it’s about knowing that you have somebody behind you,” guard Tierra Ruffin-Pratt said. “Not worrying about getting beat because you know your teammates got your back.”

Billings and Williams battled for Atlanta in the final minutes, but center Kalani Brown, center Maria Vadeeva, and Gray maintained the Sparks’ dominance.

“Defense wins games for sure, so we were able to get stops but also finish them with a rebound,” Gray said. “I think that was a bug focus for us going into this game.”