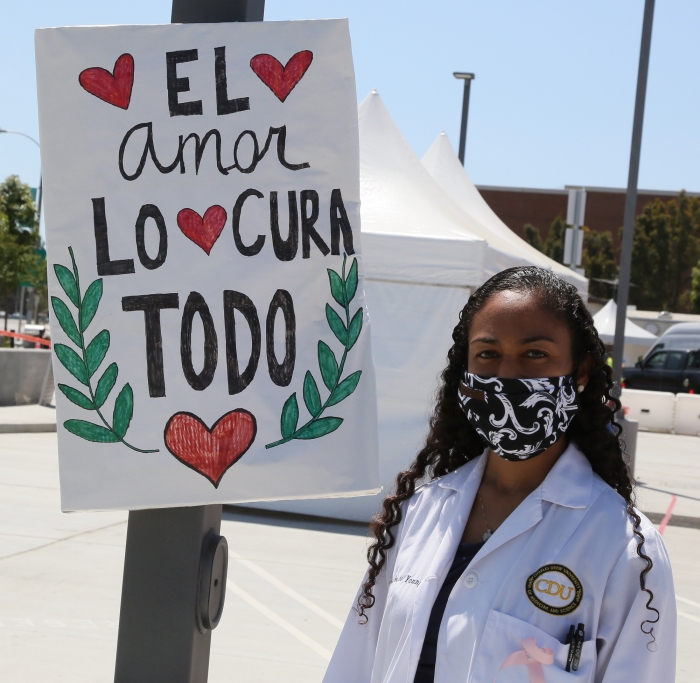 CDU’s focus on COVID-19 began in earnest, according to College of Medicine Assistant Dean Dr. Roberto Vargas, when data mapping available through the University’s GIS lab offered a real time perspective about the spread of COVID-19 cases locally. A Geographic Information System (GIS) is a framework for gathering, managing, and analyzing data. The GIS team led by Dr. Paul Robinson, discovered that as recently as March, COVID-19 cases were predominantly centered in the more affluent areas of Los Angeles County.

Given the broader awareness of how the disease was spreading in urban areas around the world, and the potential magnitude of threat countywide, the early data findings permitted the team to plan a comprehensive response in the University’s service provider area, SPA 6. Early on, findings from such hotspots as New York City and Detroit revealed that people of color were being infected and dying at rates disproportionate with the national population.

With this initial step in what has now become a much broader response to the pandemic, the University partnered with LA County Supervisor Mark Ridley-Thomas, the County Fire Department and the Martin Luther King Outpatient Clinic in the development of an on-campus COVID-19 testing site. As a part of the agreement, Fire Department personnel supervise County Department of Lifeguards staff. The site addresses the needs of a community where 34% of residents have a hard time securing routine medical care.

SPA 6 cuts a wide swath. It contains 1.3 million people, a population larger than the city of San Diego, ranging from Windsor Hills on the west to Carson and Compton in the southeast. Parts of the area are a veritable resource desert bereft of critical services, and many local residents are at high risk. 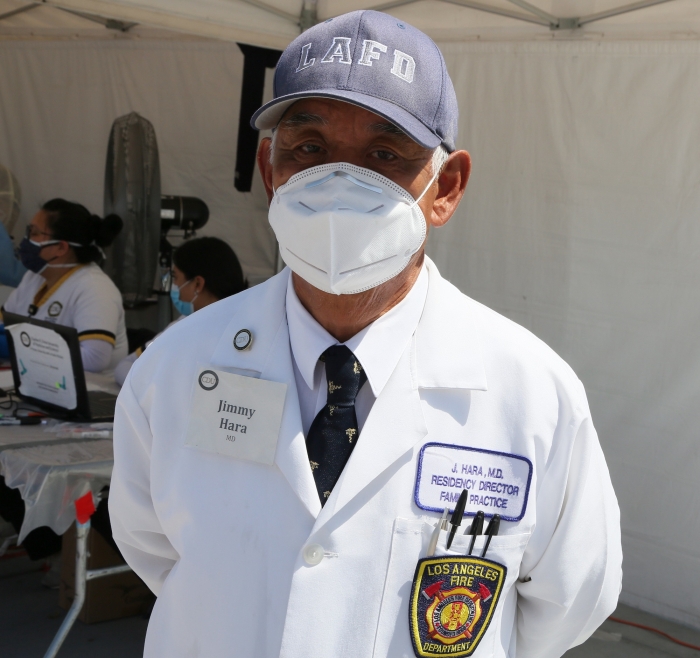 Testing began on April 8, with 25-30 volunteers on average working daily. Testing is available 9a.m. – 4p.m., seven days a week. According to Dr. Sheila Young, co-Site Manager along with Dr. Jimmy Hara, the 700 clients are tested daily. As of the end of May, more than 16,000 people had been tested.

Community outreach and targeted public service announcements have been critical to project success. Dr. Hara and Dr. Young lead a massive public awareness campaign at designated outreach zones in neighborhoods between the 91 and 105 freeways, the 710 and 110 freeways, and north of the 105 freeway.

Information is distributed through grocery stores, and local plazas such as Plaza Mexico and Kenneth Hahn Plaza near campus. The University also began a series of promotional ads on local radio stations. That strategy has markedly increased public awareness.

The organizers listened intently to feedback, intending to make the site as user-friendly as possible. Many residents were glad that the site was close by. Others were hesitant to patronize the site because they thought they would be charged a fee for testing. There was an initial problem with Spanish speakers who received information about the pandemic through television, as the main messaging was primarily in English. And, there was fear among residents regarding what the testing results might uncover. 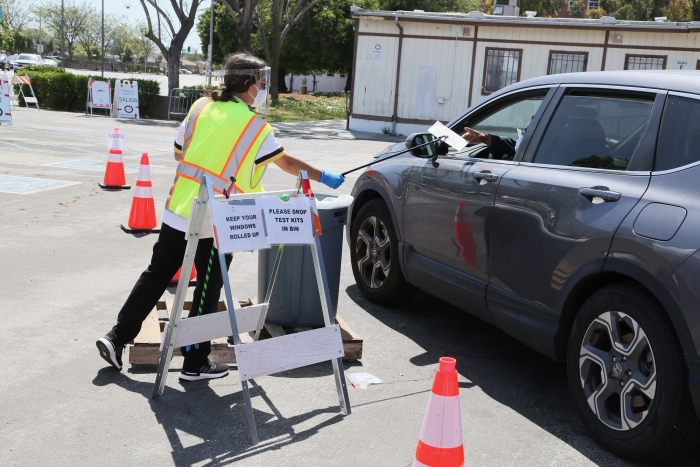 Success of the CDU COVID-19 site is heavily dependent on the efforts of numerous committed volunteers.

The team went to work to bridge the concerns. Offering bilingual communication, and assurances that the testing was free, word quickly got around that CDU was a place of hope rather than one more obstacle. At the site managers’ direction, a welcoming spirit emerged. Strategically placed signage in Spanish and English conveys an affirmative, loving message.

Signs celebrating Easter and Mother’s Day were visible on those respective occasions. Additional signs featuring a spirit of peace and inspiration put clients at ease. “These signs give people a sense of encouragement and the feeling that we care about them,” noted Dr. Young.

Besides the recommendation of self-quarantine accompanying a positive test, people with symptoms are referred to MLK Urgent Care across the street from the testing site. Clients needing other types of health treatment can receive a referral to the MLK Community Hospital Outpatient Clinic. Clients needing mental health treatment are referred to the Los Angeles County Mental Health Department ACCESS hotline. The byproduct of COVID-19 testing offers one more tool to identify and treat local healthcare disparities. 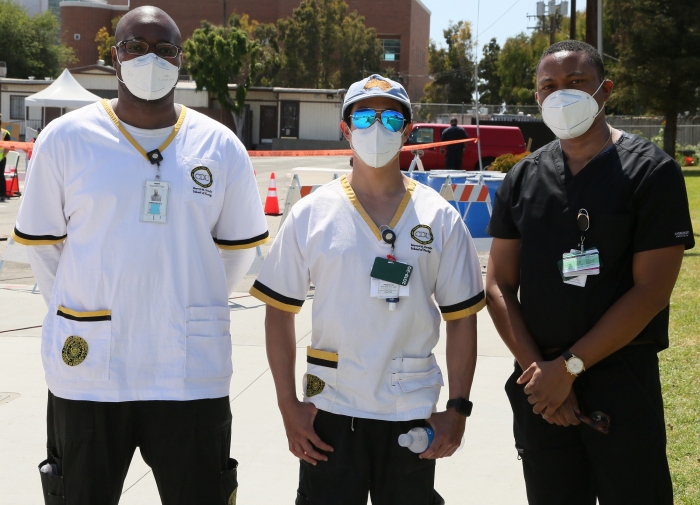 Contact referrals to DPSS and the MLK social service department are accompanied by a few basic qualifying questions, including whether the affected person has housing, and whether they can isolate themselves. Their employment status is important because lack of financial resources is high on the health care disparities spectrum.

He also stated that the University’s grant seeking efforts have already yielded opportunities to develop a pilot program with universities and medical teams across the country interested in partnering. Dr. Young is planning a community education and advocacy component to train local residents to participate as interns in ongoing outreach.

The CDU COVID-19 testing site is located at the campus on East 120th Street between Compton and Willowbrook Avenues, opposite the Martin Luther King Community Hospital. Testing is by appointment only. For information and registration, visit https://covid19.lacounty.gov/testing/. 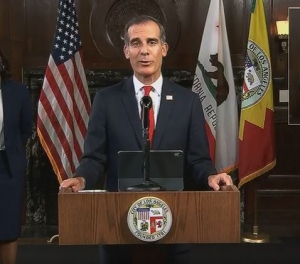