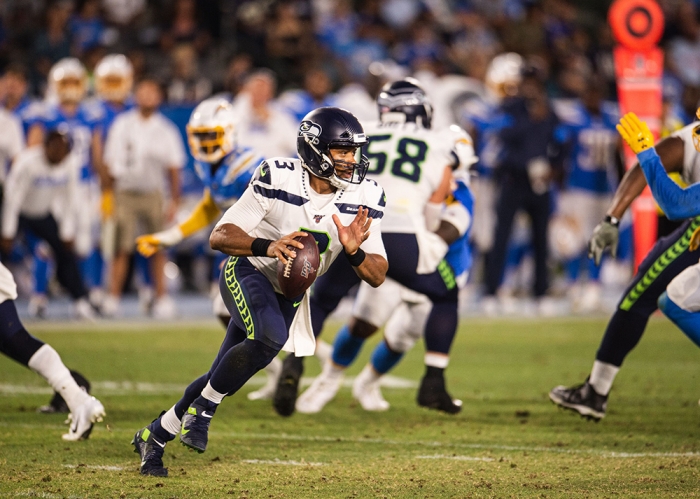 The Los Angeles Chargers inability to convert on short yardage downs resulted in a 23-15 week three preseason loss against the Seattle Seahawks on Saturday night.

Philip Rivers, Keenan Allen and Melvin Gordon were not in the lineup for a third consecutive game, as Los Angeles continues to evaluate additional players who could possibly make a regular season impact.

Offense was a struggle for the Chargers, who failed to find the end zone until nine minutes left in the fourth quarter. Bolts backup quarterback Tyrod Taylor was forced outside the pocket on a slew of plays, as he finished 6 of 9 for 61 yards in three possessions.

“First three quarters, there wasn’t a whole lot to be excited about in my opinion,” said Chargers head coach Anthony Lynn.

With Melvin Gordon staying firm on his hold out without a new contract, the ground game struggled with Austin Ekeler and Justin Jackson combining for 23 yards on nine carries. 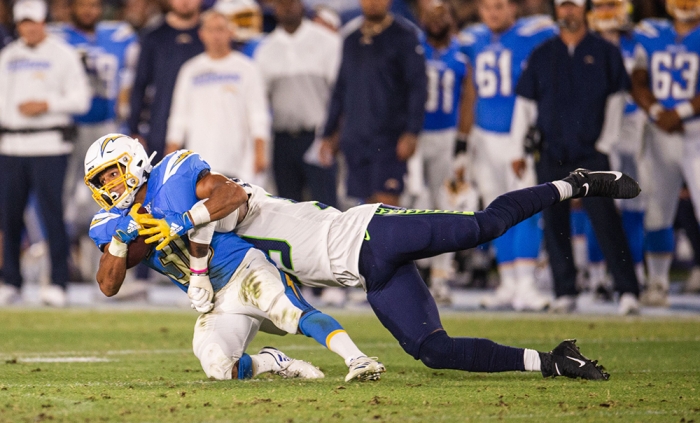 A pivotal focus for Los Angeles was an attempt to extend drives on short yardage plays, but instead, failed to convert on multiple fourth and short plays.

“It’s the third time that I have put us in that situation, I expect us to get the job done and we did not get that done,” added Lynn.

Seahawks quarterback Russell Wilson completed 6 of 9 passes for 73 yards and had 31 rushing yards. “We ran the ball really well and got some balls down the field,” Wilson said.

“When you have those quarterbacks that can move around like Seattle quarterbacks can, you cannot lose contain and that’s one of the things we did not do very well in the first half, was contain their quarterbacks,” Lynn said on defending the Seahawks run game. 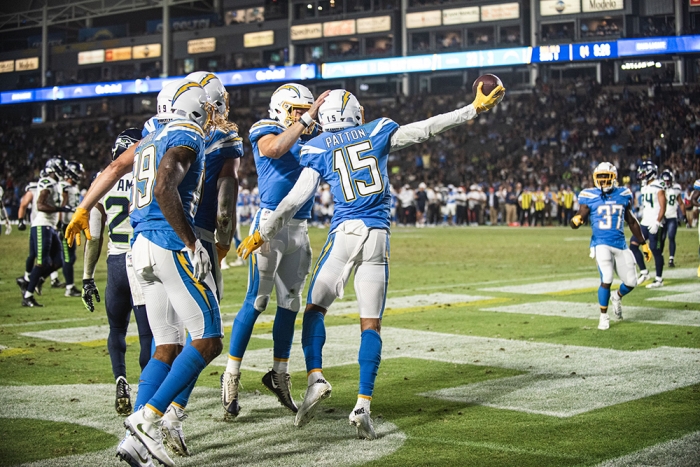 Seattle took command of the game after Rashaad Penny and C.J. Prosise scored on 3-yard and 1-yard rushing touchdowns in the second quarter. Jason Myers then converted a 58-yard field goal to give Seattle a 16-3 halftime lead.

Former Charger quarterback Geno Smith finished 11 for 18 for 117 yards and rushed for a 9-yard score to give Seattle a 23-3 advantage in the third quarter.

Los Angeles’ quarterback competition between Cardale Jones and fifth-round pick Easton Stick continued, as both players are battling for the third spot.

Jones finished 4 of 5 for 50 yards, while Stick was 12 for 16 for 82 yards, connecting with Andre Patton for an eight-yard touchdown with 9:26 remaining in the fourth. 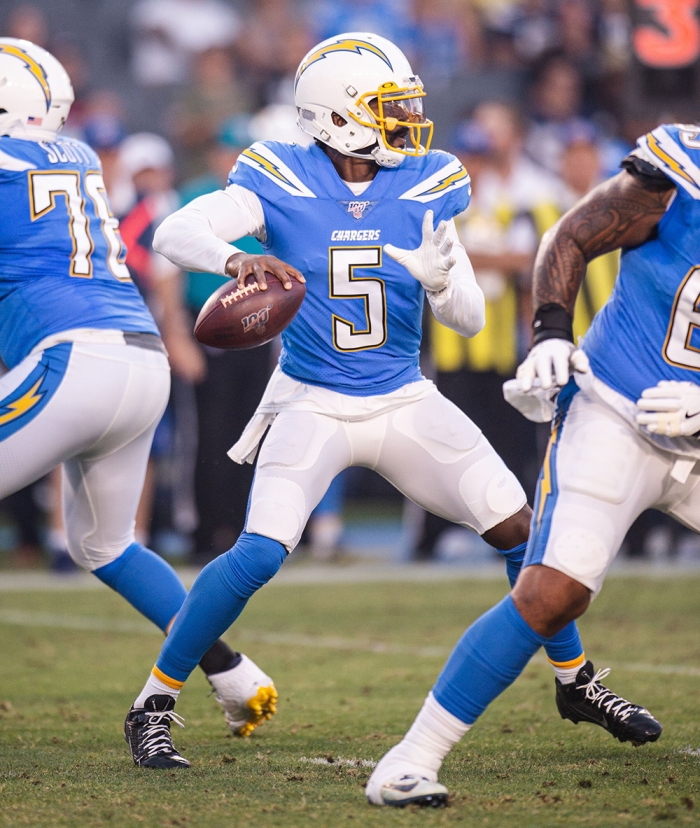 “I started looking left and just didn’t see anybody open. [Patton] did a good job separating from his guy and made a play,” Stick said on the touchdown.

Six minutes later, Stick led the Chargers down the field again with an eight play, 45-yard drive that ended with himself converting a four-yard rushing score.

“I thought he made some nice throws throughout,” Lynn said. “I like the way he stayed in the pocket and the pressure came at him and he delivered the mail down the field.”

The Chargers will travel to San Francisco for their final preseason game, looking to snag a win against the 49ers on August 29 at 7:00P.M.