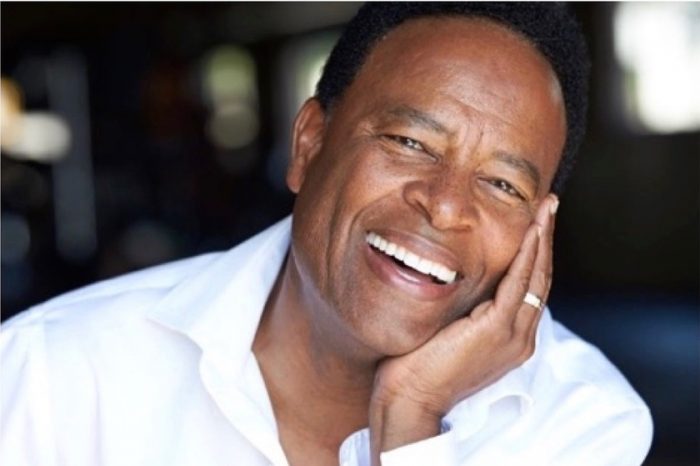 On Friday, April 27, 2018, award-winning actor, William Allen Young of the CBS hit, “Code Black” will host the opening gala celebration, “A Great Day in Black Hollywood” at the Nate Holden Performing Arts Center to kick off the 24th Annual African American Film Marketplace (AAFM) and S.E. Manly Short Film Showcase held April 28 – 29, 2018 by The Black Hollywood Education and Resource Center (BHERC). The popular gala honors diverse leading and legendary professionals, as well as the filmmakers selected for the 2018 S.E. Manly Film Showcase (“SEMSFS”), one of the top short film festivals in the industry. In fact, some of the filmmakers who have had their shorts exhibited at the SEMSFS, as they were launching their now extraordinary careers include: “Black Panther” director, Ryan Coogler; Oscar-nominated writer-director of “Mudbound”, Dee Rees and writing-directing icon Gina Prince-Bythewood.

While the SEMSFS puts the spotlight on up-and-coming talent, the opening gala that Young is hosting recognizes those already established in the business. The 2018 Class of Honorees are: revered ABC executive Tim McNeal, recipient of the Community Service Award; sound editing legend, Bobbi Banks, recipient of The Ivan Dixon Award of Achievement; famed location manager Kokayi Ampah, recipient of the Lifetime Achievement Award and renowned humanitarians, Charisse Bremond Weaver and George Weaver, who are jointly receiving the President’s Award.

Though Young is presiding over an awards gala bestowing accolades on luminaries in the business, he, too, has been an illustrious standout in entertainment. A graduate of USC’s acclaimed School of Dramatic Arts, he’s starred in over 100 television, stage and feature projects, including the Oscar-nominated films, “District 9” and “A Soldier’s Story”. Among his television projects are Emmy-winning and Emmy-nominated TV series and TV-movies, such as: “CSI: Crime Scene Investigation”; “Good Luck Charlie”; “Serving in Silence: The Margarethe Cammermeyer Story” (starring Glenn Close); and “The Women of Brewster Place” (starring Oprah Winfrey).

Notwithstanding, his current series “Code Black”—where he stars as “Dr. Rollie Guthrie”—is a People’s Choice Award drama series nominee. And of course, he’s also lauded for his groundbreaking portrayal of “Frank Mitchell”, the tough-but-loving father on the hit TV series, “Moesha”. In addition, Young is a director and member of the DGA (where he’s served as a co-Chair of the DGA’s African American Steering Committee), as well as the Academy of Television Arts & Sciences and the American Film Institute.

“We are proud to have William Allen Young join again as our host for our opening celebration,” said BHERC founder and president, Sandra Evers-Manly. “William is not only a gifted actor he is a treasured Humanitarian who gives so much to the community.” Indeed, the Washington D.C. born/South Central Los Angeles-raised Young—also a Ford Foundation Freedom Unsung Award recipient—has maintained his connection to the community through his non-profit, the Young Center for Academic & Cultural Enrichment. It has created opportunities for thousands of underserved youths to obtain a college degree and become successful business and community leaders. Students from over 250 schools have participated in the organization’s award-winning programs and its alumni have been accepted at over 80 U.S. colleges and universities to date.

Similar to the mission of Young’s nonprofit to help youth, the SEMSFS seeks to help aspiring filmmakers achieve their dreams of a careers in the industry. As one of the first film festivals to screen diverse short films more than two decades ago, the S.E. Manly Short Film Showcase continues to provide an opportunity for the artistry of emerging African American and diverse filmmakers by hosting this annual festival. Over 60 films are screened in blocks with a moderated Q & A with directors, cast and crew at the end of each block and provides the audience insight and a chance to engage in the dialogue.

Though the gala takes place at the Nate Holden Performing Arts Center, the SEMSFS takes place at the Raleigh Studios on Saturday, April 27 through Sunday, April 29, 2018. Films are screened on both days from 10 am until 10 pm. The BHERC Youth Diversity Short Film Festival, featuring young aspiring filmmakers of tomorrow from local arts organizations and High, as well as communities across the country takes place Saturday morning, 9 am to noon beginning with breakfast. This portion of the festival is free to the public.

Sunday Morning, Films With A Purpose hosts the LA Premier of “21 and Done”. The untold story of youth aging out of the foster care system. This special event features a post-screening Q and A session with the filmmakers followed by brunch. Closing the festivities on Sunday night includes the classic Soul Food & Film Reception at 9:00 p.m. The costs include: Opening Night Festivities $55 (at the Nate Holden Performing Arts Center, 4708 W Washington Blvd, LA, CA 90016); a pass for a block of films is only $15 for students with ID and $20 for the general public; All Day Pass is $50; “21 and Done” Premier is $25; Closing Night Reception is $25 (Soul Food & Film); and the Weekend Pass (includes Opening Night, All Day Pass for films, Closing Night Reception, T-Shirt and BHERC Commemorative Bag) is $150.