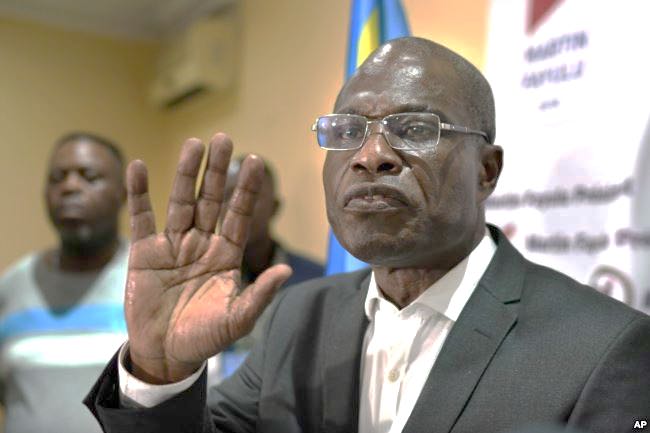 Calls for a vote recount, first from defeated opposition candidate Martin Fayulu, are now being heard widely, sparking concerns that outgoing President Joseph Kabila played a behind the scenes role in swinging the election for Felix Tshisekedi, an opposition leader.

Despite video footage of Congolese voters cheering the presumed victor, credible sources say Mr. Tshisekedi was outpolled by Fayulu by a wide margin.

The International Conference of the Great Lakes Region, a 12-member body including Kinshasa allies Angola and Republic of Congo, expressed “great concern.”

“We suggest that the competent structures consider counting the votes in order to guarantee the transparency of the results,” they added in a statement.

Congo’s influential Catholic Church said tallies by its 40,000-strong monitoring team show a different winner to that announced by the electoral commission.

President Kabila had backed his former interior minister, Emmanuel Shadary, for the top job. But Shadary was unpopular and finished third in the voting.

Now analysts believe Kabila is jockeying to play a dominant role behind the scenes when – or if — Tshisekedi takes office.

Tshisekedi has made no public appearances since the announcements that the figures giving him victory are not accurate.

His press officer, Lydie Omenga, said confidently that since Mr. Tsishekedi spoke the day the results were announced, there is nothing to add. “He has already started work and now waits for the results to be confirmed. We are serene and we let the process follow its course. He will speak at his inauguration.”

But when a spokesman for Tshisekedi confirmed that his camp had been negotiating with Kabila long ahead of the handover, it sparked further suspicions that the result was manipulated by the electoral commission.

Analyst Claude Kabemba, who leads the Johannesburg-based Southern Africa Resource Watch, says the real power is, and always has been, behind the scenes.

“Joseph Kabila directly or indirectly is going to stay in power,” he told Voice of America. “And I think we might have a prisoner in the presidency… If Tshisekedi cannot rise to the occasion, we will be captured for a very long time.”