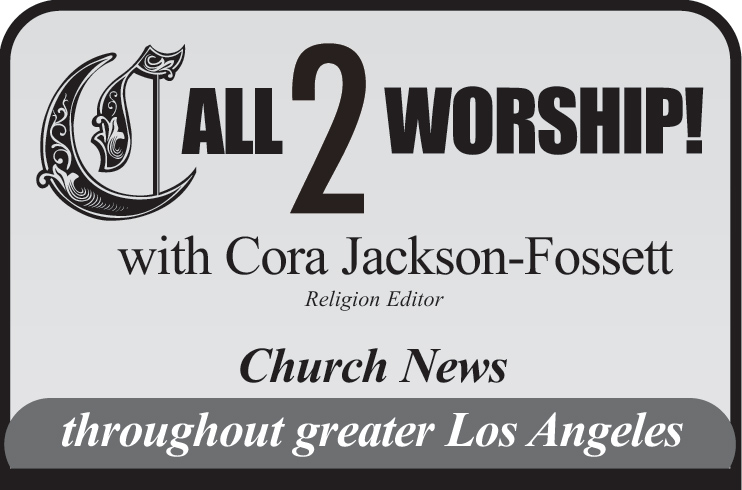 Greater Ebenezer Missionary Baptist Church presents its 17th Annual Women’s Conference on March 8-9, and Women’s Day on March 10, at 5300 S. Denker Ave., in Los Angeles, said Pastor DeNon A. Porter. Also, the Women’s Chorus Musical is March 10, at 4 p.m. The theme is “Women of God, Being Kind to All, Challenging One Another With The Word of God.” Sister Valencia Evans and Sister China Maxey are the co-chairs. To learn more, call (323) 759-4996.

Crenshaw Christian Center and Frederick K.C. Price Schools plan “A Knight with Allen Crabbe” on March 20, at 6 p.m., at 7901 S. Vermont Ave., in Los Angeles, said Pastor Fred K. Price, Jr. The event includes the naming of the youth activity center court after Crabbe, an alumni of the Frederick K. C. Price School and current NBA player. Also, an open house will be held for new and prospective students and parents. The public is invited to attend. To learn more, call (323) 758-3777.