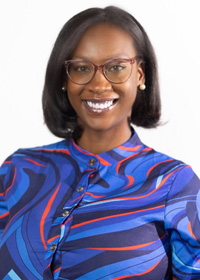 Local residents can witness the work of the California Reparations Task Force during the two-day meeting planned on Friday, Sept. 23, and Saturday, Sept. 24, at the California Science Center (CSC) in Exposition Park. 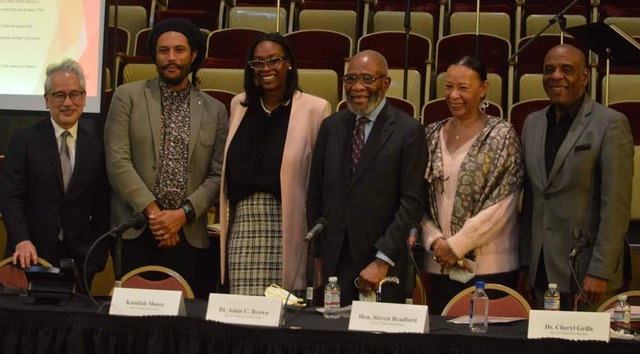 According to Kamilah Moore, task force chair, attendees can also give testimony during the one-hour public comment sessions held each day starting at 9 a.m.  Moore said the community’s input is vital to helping the task force fulfill its charge of developing reparation proposals for African Americans.

“Community voices and community engagement are so important [to developing] the final report that the task force – comprised of nine members of scholars, psychologists, elected officials, professors, and academics – will turn over to the California State Legislature,” said Moore, an attorney who resides in the Leimert Park neighborhood.  Other local task force members Senator Steven Bradford (D-Gardena) and Assemblymember Reggie Jones-Sawyer (D-Los Angeles).

“We are passionate about reparations and our task, as a collective, is to not only study the clear claim for reparations for African Americans, but also we’re advising the legislature on the types of reparation proposals they should implement. We want to make sure that the community continues to have a voice in terms of developing what reparations will look like,” she noted.

The in-person hearing, held on CSC’s campus at 700 Exposition Park Drive in Los Angeles, will feature an extensive agenda.  In addition to public comment, task force members will offer reflections on completing the first half of a two-year process, discuss community engagement strategies, and review specific criteria to include in the final report.

“Day 2 will be dedicated to discussions on human rights law/international law frameworks for reparations where we will hear from expert scholars, as well as from our retained economists/experts on potential compensation formulas for specific state-sanctioned atrocities against the California African American community,” explained Moore.

While the two-day schedule appears full, the task force is expected to approach it with the usual efficiency that they’ve applied to previous gatherings.  The group has already held nine hearings with each session highlighting topics such as gentrification, culture, health, education and technology. In addition, the task force hosted several listening sessions with members of the public throughout the state.

This past June, the task force released a 500-page interim report described as “the first governmental report hyper-focused on addressing the unique needs of the African American community since the 1968 Kerner Commission.”  Scholars as well as laity commended the group for its careful examination of the 12 major areas of systemic discrimination that negatively effects the African American community.

The report cites those factors as enslavement, racial terror, political disenfranchisement, separate and unequal education, housing segregation, racism in the environment and infrastructure, pathologizing the Black family, control over creative cultural and intellectual life, stolen labor and hindered opportunity, an unjust legal system, mental and physical harm and neglect, and the wealth gap.

“It has been an honor and a privilege to supervise the release of this monumental interim report. A year-long effort, this 500+ page report chronicles the harms against the African American community, starting with the transatlantic slave trade, the institution of U.S. chattel slavery, Emancipation and the broken promise of Reconstruction, genocidal Jim Crow, to contemporary harms,” Moore when the document was issued.

“Thus, it is my hope that people in California and across the United States utilize this report as an educational and organizing tool, as this interim report exceeds expectations in substantiating the claim for reparations for the African American/American Freedmen community on the municipal, state and federal level,” she stressed.

As for the future, Moore and the California Reparations Task Force members are committed to involving the community as much as possible over the next year.   And that involvement includes urging the public to participate in the upcoming hearings at Paradise Baptist Church.

“It’s okay to be pessimistic but you have to also continue to work because reparations is so important and it’s needed!”