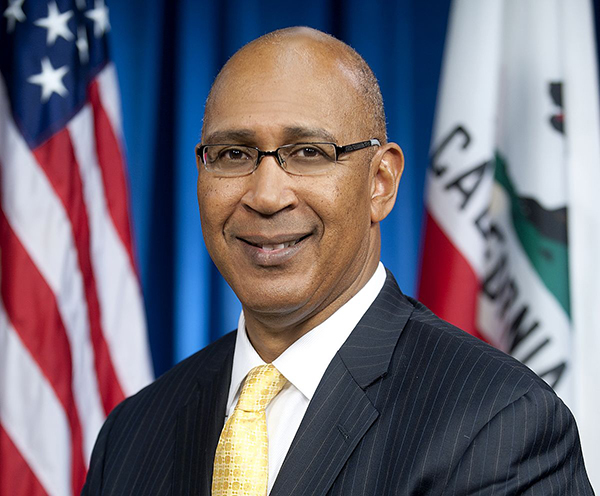 The California Legislative Black Caucus (CLBC), led by its Chairman, Assemblymember Chris Holden (D-Pasadena), declared victory in securing funds related to the Caucus’ budget priorities. The CLBC was able to negotiate constructively with legislative colleagues in both the Senate and Assembly, as well as Governor Jerry Brown, to pass California’s remarkable $199.3 billion budget. “The Caucus is very pleased with this year’s budget as it reflects the great work to be accomplished in the upcoming years,” said Holden.

The Caucus also requested $9.9 Million for the creation of an independent police shooting review board in the Department of Justice (DOJ), but that request went unanswered, and ultimately unfunded in this year’s budget.

The three pillars of educational, economic, and social justice were reflected in each of the budget asks.

CLBC Vice-Chair Assemblymember Dr. Shirley N. Weber (D-San Diego), who championed the LCFF budget proposal, stated, “We cannot look the other way anymore.  African American kids in California persistently fall behind academically. Providing additional resources for the lowest-performing students is now no longer an option, but a necessity,” she said.

Under this new proposal, an additional $300 million dollars will be available to schools for assisting those students who need additional help but do not receive it under the current Local Control Funding Formula. Schools will receive funding through a grant making program that requires a detailed plan describing how the funds will be used for evidence-based programs to improve student achievement. A final report on student progress under each plan will be required by 2021. The impetus for the funding was Assemblymember Weber’s CLBC-sponsored legislation, AB 2635, which also directed specific funding to those subgroups of students not succeeding under LCFF. The success of this CLBC-sponsored effort ensures that underperforming students statewide will receive additional monies to improve academic performance.

The UCLA/Ralph Bunche Center for African American studies will see a record $1.8 million of one-time funding. This funding will be used to develop new research projects, including technology industry diversity, and their existing research endeavors. Among those current projects are Million Dollar Hoods, the Black Male Institute, and the recently-established Center for the Study of Racism, Social Justice, and Health. The research conducted by the Ralph J. Bunche Center for African American studies is essential to creating policies that improve the Black experience in California.

The budget also grants CSUDH $1 million for the Mervyn M. Dymally African American Political and Economic Institute. The mission of the Institute is to “influence public policy debates through on-going academic and community research dealing with African American political and economic development concerns in California; explore and document the professional lives and achievements of African American public-elected officials, business leaders, and policy makers as well as the impact of their efforts on the political, social, and economic development in the African American communities and other disadvantaged communities; and provide training programs for current and future leaders and local businesses.”

Supporting the Arts and Protecting Our History

Additionally, the CLBC successfully supported $2.6 million of one-time funding for deferred maintenance for the popularly attended California African American Museum (CAAM), located in the heart of Southern California as well as $350,000 of ongoing funding for staffing the facility. Over the past two (2) years, CAAM’s attendance, notoriety and visibility have dramatically increased due to a radical change in exhibition and education programming, outreach efforts and re-branding.

Spearheaded by Assemblymember Kevin McCarty (D-Sacramento), the CLBC advocated for the establishment of an independent review unit within the DOJ to investigate police involved shootings and requested an annual allocation of $9.9 million to do so. The Caucus is disappointed that the request was not granted despite the mass public scrutiny regarding police brutality and killing of innocent Black Californians at the hands of those who took an oath to protect and serve. “California, and quite frankly America in general, is long overdue in creating an independent review unit within the DOJ. It would allow Californians to trust our justice department by creating a transparent system for investigating officers, especially those involved in widely publicized cases where innocent African Americans are killed in their own backyards. Something must be done to gain public trust,” expressed the caucus chair Holden.