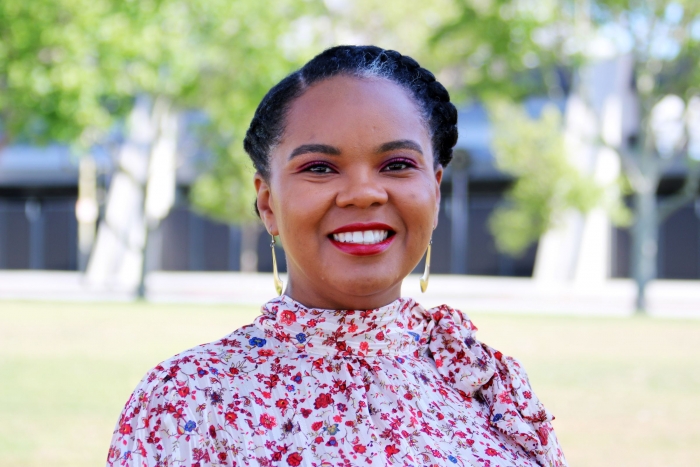 “I want them to be understood and to understand themselves,” says Brown, who lives in South Los Angeles. “I want to work to help them know that even if they are different than their peers, they can work through it.”

Brown, 34, will graduate in May with a Bachelor of Arts in Communicative Disorders from Cal State LA’s Rongxiang Xu College of Health and Human Services. She hopes to work as a speech language pathologist to help children in schools across Los Angeles.

Earning a degree is the culmination of a 17-year journey for Brown. She first started at Cal State LA right out of high school in 2003. She majored in sociology and wanted to help others, but she was unsure about the professional path she would take.

She saw a pamphlet in the university’s Educational Opportunity Program office about the field of speech language pathology. She was immediately fascinated and changed her major to communicative disorders. After struggling academically for a couple years, however, Brown left Cal State LA.

Over the next decade, she got married, had two children and welcomed two stepchildren into her home. Then, unhappy and unfulfilled working at a credit union, Brown decided to quit her job and return to school, encouraged by her husband. She applied and was accepted again to Cal State LA.

With a strong support system, she was determined to make her university experience better the second time around—for herself and for her fellow students.

Brown served as a student coordinator for the RISE Peer Mentoring Program, which pairs continuing students with new students to help them successfully settle into university life.

The goal of RISE, which stands for Retention through Interpersonal Student Engagement, is to positively impact the experience of Black students and their allies who are either first-time freshmen or transfer students during their first year. The program is part of Cal State LA’s New Student and Parent Programs in the Division of Student Life.

Brown’s motivation to help new students stemmed, in part, from her own experience years ago. A peer mentor would have helped her navigate challenges as a student, she says. “When you have someone going through it with you, you can relate on a different level,” she says.

Brown helped prospective students find their way around campus as a tour guide and worked as an orientation leader for three summers.

She and a fellow orientation leader presented at a regional conference for the Association for Orientation, Transition and Retention in Higher Education in 2019 on how to help incoming students deal with anxiety. Brown received the Outstanding Undergraduate Student Leader Award at the conference for the region, which includes students from California, Nevada, Arizona and Hawaii.

Through the Mind Matters student video series, Brown shared tips with fellow students about how to manage stress while handling family duties, academics and other responsibilities. The Mind Matters video series uses a peer-to-peer approach to reduce the stigma around mental health and provide strategies for managing stress.

In spring of 2019, Brown served as an ambassador for the Every table restaurant on Cal State LA’s campus. Growing up and living in South Los Angeles, Brown says, she is surrounded by fast-food joints and has to drive to get to the nearest grocery store. She was drawn to the company’s mission of making healthy and affordable food options available to all.

Initially, Brown returned to her studies believing that she would work with adults recovering with the effects of strokes on speech and cognitive abilities. But through her courses at Cal State LA, Brown realized that her passion lies with helping children.

Brown credits faculty like Erica Ellis, John Gomez, Heather DeFelice and Maureen Jennings with connecting coursework with real-world examples and helping her decide what to do after graduation.

Her dedication to helping young children grew even stronger after she volunteered for the Los Angeles Speech and Language Therapy Center in Culver City for several months this semester. There, she worked with 4- to 8-year-olds, some verbal and some nonverbal, on their social skills.

“It was a challenge for me because you never know what you are going to walk into,” Brown says. “But it was a welcome challenge. Seeing the growth of a nonverbal child who starts to vocalize or make the sound of words was just amazing.”

Looking ahead, Brown plans to earn a certificate from the American Speech-Language-Hearing Association so she can serve as a speech language pathology assistant. She hopes to one day return to Cal State LA to pursue a master’s degree.

With her career, she wants to work to help children, especially children of color, in Los Angeles schools and connect their families with the resources they need.

But for now, she is relishing her accomplishment that was years in the making.

“It has been a crazy ride,” she says. “I never thought I would be back in school, and now that it is actually done, it’s kind of bittersweet. It’s the end of a chapter that I really, really enjoyed.” 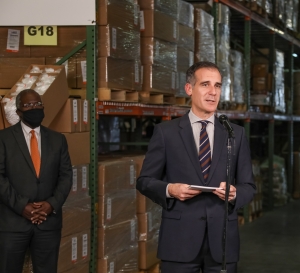 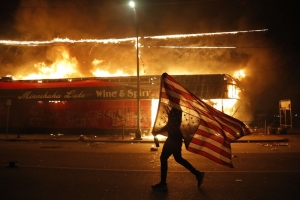 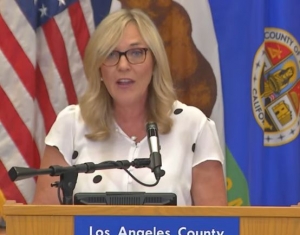 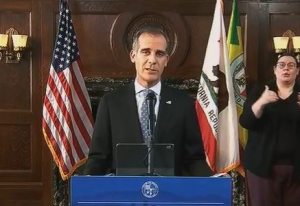 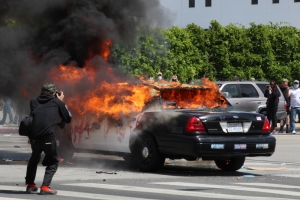