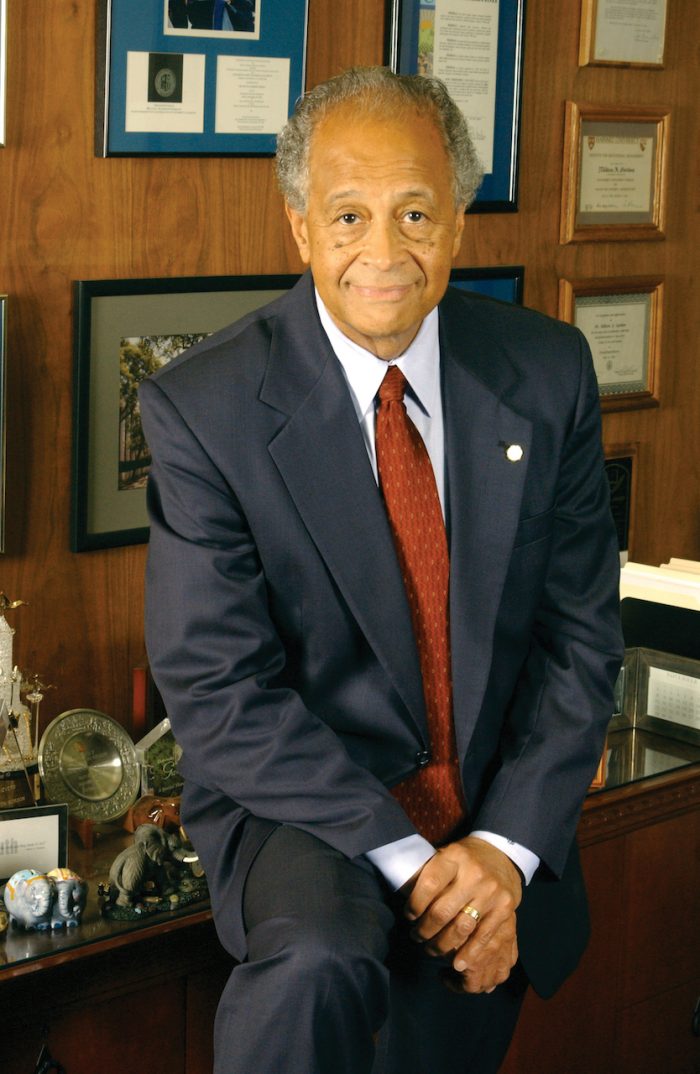 The California State University Board of Trustees on Jan. 22 renamed Cal State Fullerton’s University Hall as Milton A. Gordon Hall in recognition of the 21-year legacy of service by the university’s fifth president. (Courtesy of CSUF)

The California State University Board of Trustees on Tuesday renamed Cal State Fullerton’s University Hall as Milton A. Gordon Hall in recognition of the 21-year legacy of service by the university’s fifth president.

During Gordon’s tenure, the university grew from serving 25,600 students to more than 36,000 and became one of the most diverse campuses in the CSU. Cal State Fullerton also became a destination campus for community college students transferring to a four-year university. Gordon presided over the creation of the Guardian Scholars Program in 1998 (the first-of-its-kind program in the nation for serving foster youth), numerous construction and building projects that added 22 buildings and more than four million square feet of interior space, and significantly increased outreach to the community. In athletics, he cheered as the Titans took two national championships in baseball (1995, 2004).

He held leadership positions for several national organizations including a two-year stint as chair of the Hispanic Association of Colleges & Universities. Gordon retired in 2011 and died in 2017.

We are grateful to note the decades of service that Dr. Gordon provided to Cal State Fullerton,” said CSU Chancellor Timothy White. “Dr. Gordon influenced the growth and reputation of the campus in becoming a national leader. Under his leadership, the campus grew significantly, became rich in diversity, and the lives of countless students were transformed.”

University Hall was one of the first major construction projects undertaken during Gordon’s tenure. It is home to classrooms as well as many core functions of the Division of Student Affairs.

“Milt loved Cal State Fullerton,” said Margaret Faulwell Gordon, his wife. “I think he was happiest during commencement, watching thousands of degree recipients run across the field to the graduation ceremonies. He would be so proud, standing there, watching them. He had a very strong belief in the transformative power of education that, I believe, came from his early experiences growing up on the South Side of Chicago during the 1940s, and then attending Xavier University in New Orleans in the 1950s. 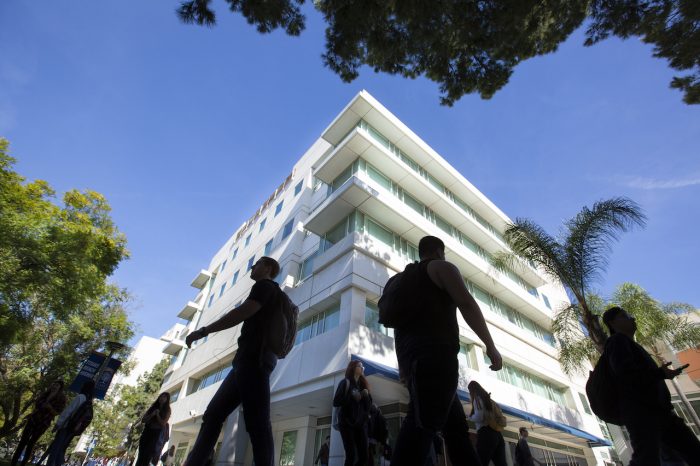 The California State University Board of Trustees on Jan. 22 renamed Cal State Fullerton’s University Hall as Milton A. Gordon Hall in recognition of the 21-year legacy of service by the university’s fifth president. (Courtesy of CSUF)

“He experienced discrimination and segregation in all of its many forms, and these experiences stayed with him throughout his career. He believed access to education was the way to fight this discrimination. In his first campus address in 1990, he said, ‘Providing access to professional careers for the broadest cross-section of Americans, including women and members of minorities, represents a pathway to the American mainstream for individuals and families who otherwise would not have the opportunity to make that step.’ At his final convocation in 2011, he said, ‘I am grateful to call higher education my life’s work.’ I’m sure that Milt is smiling right now.”

In honor of her late husband, Faulwell Gordon, who, until her retirement in 2012 served as dean of the College of Extended and International Education and professor of anthropology at Cal State Dominguez Hills, has donated two residential properties owned by the Gordons in Northern California to Cal State Fullerton’s Philanthropic Foundation. The proceeds of the gift, as well as their cumulative giving over the years, will support the President Milton A. Gordon and Dr. Margaret F. Gordon Endowed Scholarship. The Gordon Endowed Scholarship is to be overseen and awarded by the Division of Student Affairs universitywide to students who demonstrate academic merit, financial need and service to the university community. 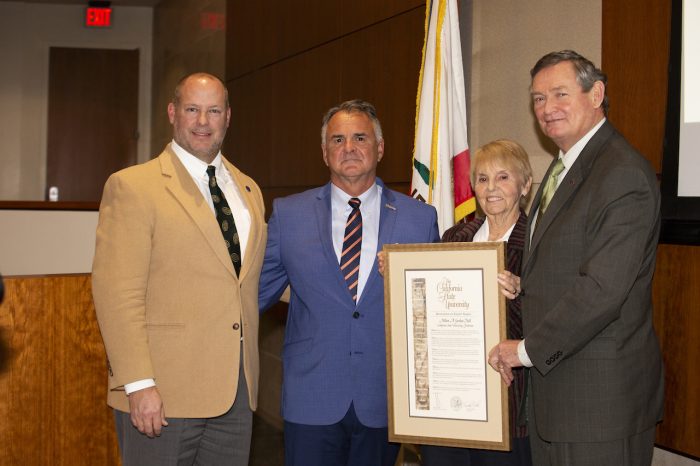 “I had always admired President Gordon’s work and leadership from afar, but as I have immersed myself in the Titan family over the past year, I have found and followed his (very large) footprints everywhere on our campus, and it has become clear that the guiding light of his legacy is — and will forever be — both the foundation upon which Titans stand today and the springboard from which we will Reach Higher tomorrow,” said CSUF President Fram Virjee. “President Gordon’s decades of leadership transformed this institution almost as much as his service transformed the hundreds of thousands of Titan lives he touched as a champion for equitable access to academic excellence. Renaming University Hall as Gordon Hall in his memory will not only recognize and honor his legacy, but also inspire new generations of Titans to follow his courageous lead in breaking glass ceilings, living lives of service, and leading with vision and purpose.”

A dedication ceremony for the new Gordon Hall is planned for fall 2019.