Byron Reed is attached to many success stories; his guidance has worked as water, nourishing seeds of potential found in the world’s future leaders. Reed’s Tribe is an exclusive mentorship program, geared towards people who are seeking growth in their careers and personal endeavors. 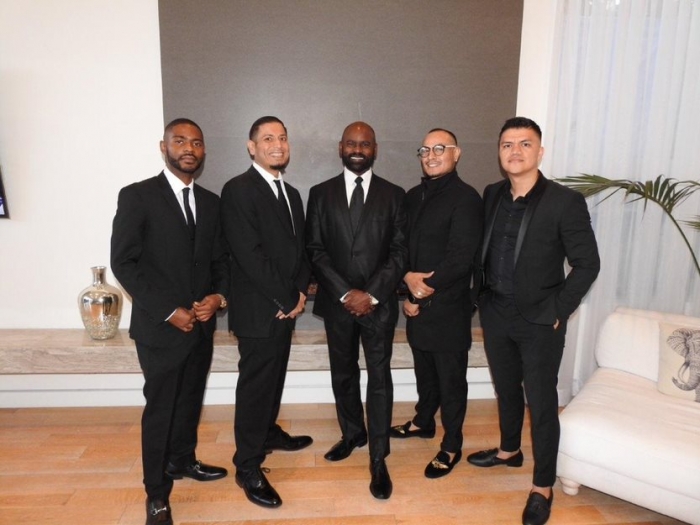 Reed explained how this work influences the future and why it is significant to the collective community. For over 30 years, Reed has orchestrated a “leadership development program for diverse leaders.”

His guiding hand reaches across the nation and overseas, giving leaders in senior positions an additional angle to look at, in order to enhance their career development. The seasoned mentor has work with leaders from various industries, which include the medical field and banking firms.

“The role that I play is just being a mentor or sponsor when they need professional or personal coaching or counseling,” Reed said. He explained the primary intent of his guidance is to come together and create an environment that propels people forward.

Reed guides his mentees through career changes, job transitions, marriages, or any concern that is brought to his attention. When an “open door” type of connection, Reed said he has seen great achievement from his tribe. He said, “All these guys are successful in their respective industries.” 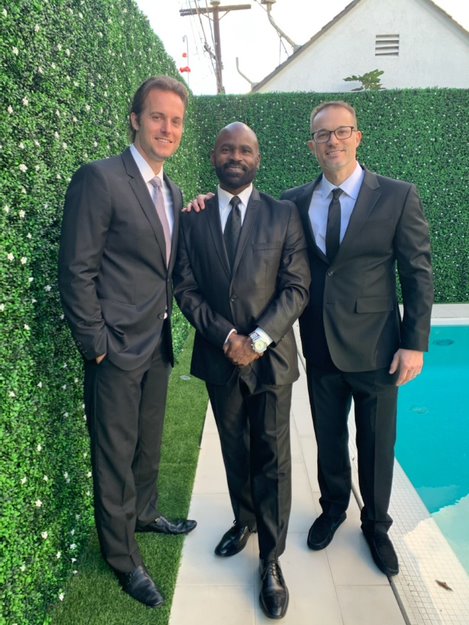 The founder of Reed’s Tribe expressed that the main goal is the success within his cohort of likeminded go-getters.  Most recently, Reed guided one of his mentees through a career transition. As a mentor, Reed worked through the terms and conditions with him, and role-played the scenario in asking for what his mentee was looking for in his  new position.

Reed elaborated on the working dynamic that he spearheads with his mentees “The relationship between the mentor and mentee—me being the mentor and the young men being the mentees, they have a responsibility, just like how I have a responsibility; to make sure that we respect the relationship, and that we respect each other’s time …” This synergy created from that established agreement leads to authentic conversations between Reed and those looking for his wisdom and leadership.

Reed shared that he’s been mentoring throughout his career, he feels as a diverse employee who grew into a diverse leader, there is a responsibility to show others the way up. In 1997, he legitimized his advisory and began to grow his tribe. Specializing in the financial industry, Reed said his background is in the expertise of banking and financial institutions.

Reed’s Tribe is exclusive in the invitation, when he is approached with the inquiry of his service, he first assesses the accountability one looks to take when entering a mentor/mentee dynamic. In addition to asking them to define what their expectations are for the mentorship, the characteristics that Reed looks at is their hunger, ownership, and work ethic to propel forward with his guiding word. 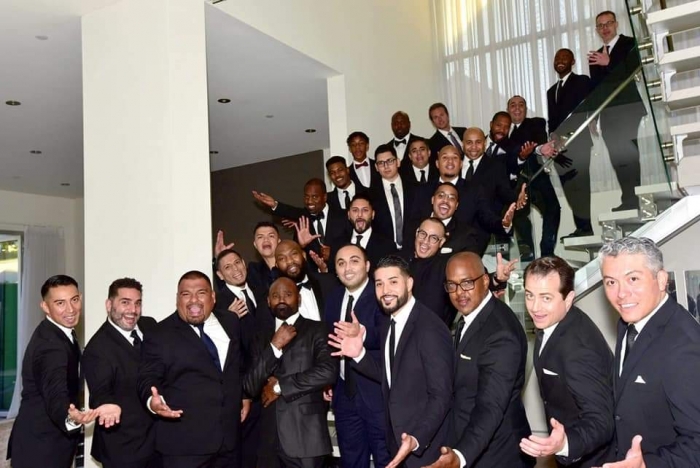 Reed shared that he’s been mentoring through out his career, he feels as a diverse employee that grew into a diverse leader, there is a responsibility to show others the way up. (Photo Credit: Lan Foxx Media and Entertainment)

The name Byron Reed is fastened to many successful narratives; with his exclusive mentorship program, leaders seek the wisdom that has been proven to be successful for over 30 years.  In addition to his background, he has configured a strategy to uplift the following generation to take the lead and become a mentor to the person behind them.

Through his work of helping others, Reed found a deep appreciation in uplifting people from the collective community. Reed said, “The experience for me has been rich and I’m not doing any of this for benefit or to realize anything—but the success of the guys that are part of the program of this cohort, to me that’s my reward.”

The owner of Reed’s Tribe expressed his pride in seeing his mentees take ownership in honing their craft and growing exponentially within their careers. Reed mentors from a place of complete understanding; he can relate to the concerns of his mentees and put the solution into words that are tailored made for their comprehension, providing what these young leaders need to hear in order to unlock their next level in life.

The seasoned mentor stated that mentees have to do their due diligence around how to propose the plan to execute their goal, so the conversation between them can be utilized to its full potential.

Young leaders of the community come to Reed, knowing that he has the tools to start building a bigger dream for themselves. Read dissected the process of his mentorship; he is currently pouring into over 30 mentees.

Reed’s Tribe is a “Colorblind Mentorship through Authentic Leadership.” In explaining what the phrase means, Reed shared that the process of undergoing tutelage is a shared responsibility. He went on to elaborate on the importance of this kind of work, and the benefits of seeing his pupils grow. He mentioned seeing the different levels of success within his pupils is a triumph within itself.

Reed’s Tribe has shown tremendous achievement; young leaders are shaped to know their worth and understand what to ask for in terms of the companies they work for with no hesitation.

Through his success, Reed was able to harvest the knowledge and pass it down to the future generation. Reed’s Tribe looks to uplift young leaders from diverse communities and inspire them to reach their full potential. Reed has found much joy in shaping the following generation for success.

Reed closed with this word of encouragement for those finding their momentum in the daily effort to better one’s life.  “I understand life is a big burden and it’s what you make of it, but I would tell them to really understand who they are, what they are, and really what they are trying to achieve in this life.”