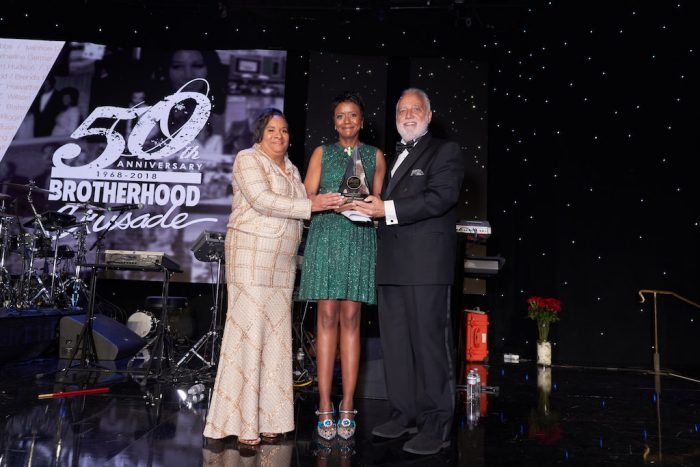 The Brotherhood Crusade capped of its 50th Anniversary Celebration with a gala like no other.  The annual event, which is held at the Beverly Hilton Hotel, is the culmination of a yearlong celebration.  Charisse Bremond-Weaver, president of the organization, said she was delighted that the dinner was such an extraordinary success.   “We could not have asked for a better night.  Mellody Hobson is such a wonderful and deserving honoree and Charlie Wilson as our entertainment was simply OUTSTANDING.  I cannot thank everyone who has worked so hard at making this event and this year one of the greatness years in our history.  We are proud at everything we have accomplished over the past 50 years and are equally as excited about what the next 50 years.”

Danny J. Bakewell, Sr., Chairman of the Brotherhood Crusade Board of Directors was equally as complimentary of the evening and of the organization.  “When Walt and I set out about building the Brotherhood Crusade, we had a vision of not simply starting an organization, but we in building an institution that would stand the test of time.  Today, some 50 years later I am witnessing firsthand the culmination of this vision.  The Brotherhood Crusade is an institution within this community.  There are far too many men and women to mention that have played a part in building this institution over our 50 illustrious years.  But, most importantly I am proud of the fact that we are here because of the dedication and commitment of Black people that we can and will be the first to take care of ourselves.” 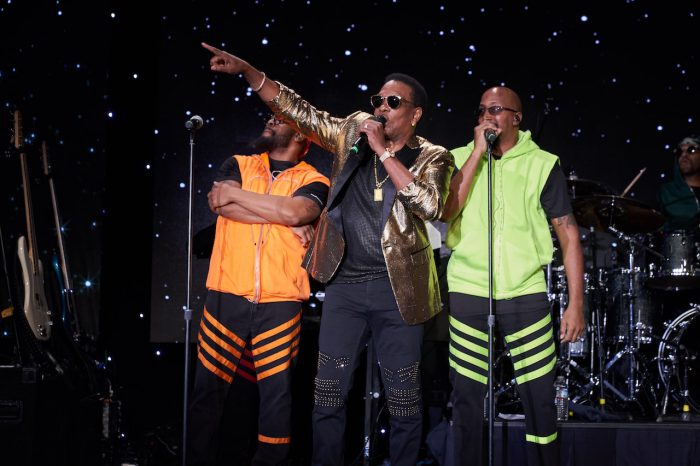 Mellody Hobson, who was this year’s honoree, was elegant and inspiring as she received the prestigious award and spoke about her own childhood, growing up in Chicago and being a child of little means, but with a mother who was determined in the best way that she knew how, to guide Mellody towards the success that she enjoys today, as a business leader, a philanthropist, a dedicated fighter for righteousness and as a mother and wife.

The crowd, which after enjoying all the accolades and well wishes deserved for such a great institution as the Brotherhood Crusade, was treated to a wonderful performance by Grammy Award-winning artist Charlie Wilson.  No one left the room as the crowd danced and sang to several of Wilson’s current hits such as “There Goes My Baby” as well as GAP Band Classics such as “You Dropped A Bomb on Me.” 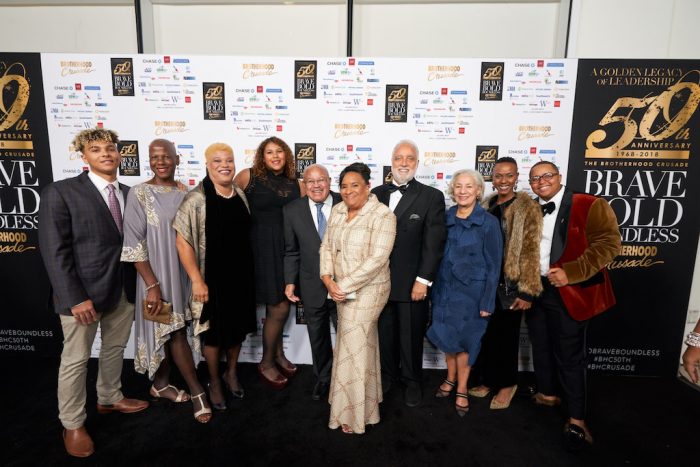 “I have a been a supporter of Brotherhood Crusade and a member of it’s Board of Directors from almost the very beginning.  I am so proud of everything that has been accomplished.  I watched Danny Bakewell, Sr. build this organization into one of the strongest and most sustainable African American institutions in the country, and I have watched Charisse take the handoff from Danny and continue the mission that Danny and her later father Walt envisioned over 50 years ago,” said LAUSD Board Member George McKenna.
ADVERTISEMENT
ADVERTISEMENT
Categories: Crenshaw & Around | Local | News
Tags: Bakewell-Bremond Pioneer of African American Achievement Award | Brotherhood Crusade | Brotherhood Crusade 50th Anniversary | Charisse Bremond Weaver | Danny Bakewell | Danny J. Bakewell Jr | Grammy Award-winning artist Charlie Wilson | LAUSD Board Member George McKenna | Mellody Hobson | Sr.