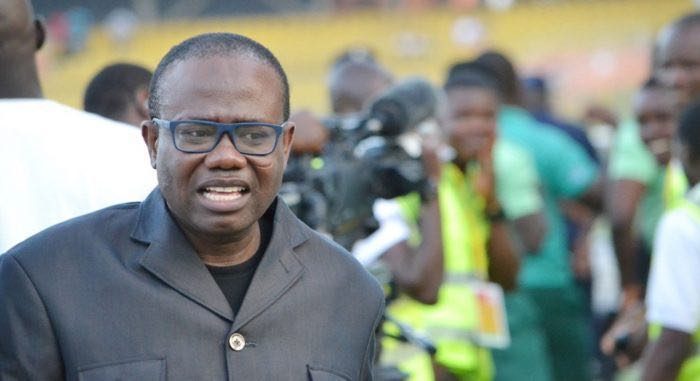 Senior officers of the revered Ghana Football Soccer Association who took fat wads of cash to influence player selection in the national team became the unwitting stars of a new documentary by Ghana’s number one investigative journalist. The film opened this month in Accra.

The sting, called “astronomical” in its scope, caught big and small fish alike. One high-placed “victim” – Kwesi Nyantakyi, who is also a member of the FIFA Council, was filmed in a hotel room tucking a $65,000 bribe from a supposed businessman into a plastic bag.

“Here he has something for you, for shopping,” a reporter posing as an investor tells Nyantakyi in one clip which has gone viral in Ghana.

“When Greed and Corruption Become the Norm” – the title of the two-hour documentary by undercover journalist Anas Aremeyaw Anas, – was produced after two years of investigation.

Over the weekend, Nyantaki  finally announced  his resignation in light of the telling images of him accepting “shopping money” from the undercover reporter.

“I committed a series of errors of indiscretion,” he confessed. “I associated the highest office of the land – the presidency – with private discussions I had with ‘scammers’ who deceived me into thinking they were genuine persons interested in investing in our country.”

The documentary footage shows how referees and officials accepted gifts of cash right before the start of Ghanaian and international football games.

When prominent Ghanaian lawyer Charles Bentum accused Anas and his team of entrapment and enticement, Anas replied, “If you are seen tilting the scale of justice in favor of one team it’s wholly unacceptable, let alone stretching your arm to collect money.”

On Monday, FIFA formally approved the bid made by Morocco to host the 2026 World Cup.