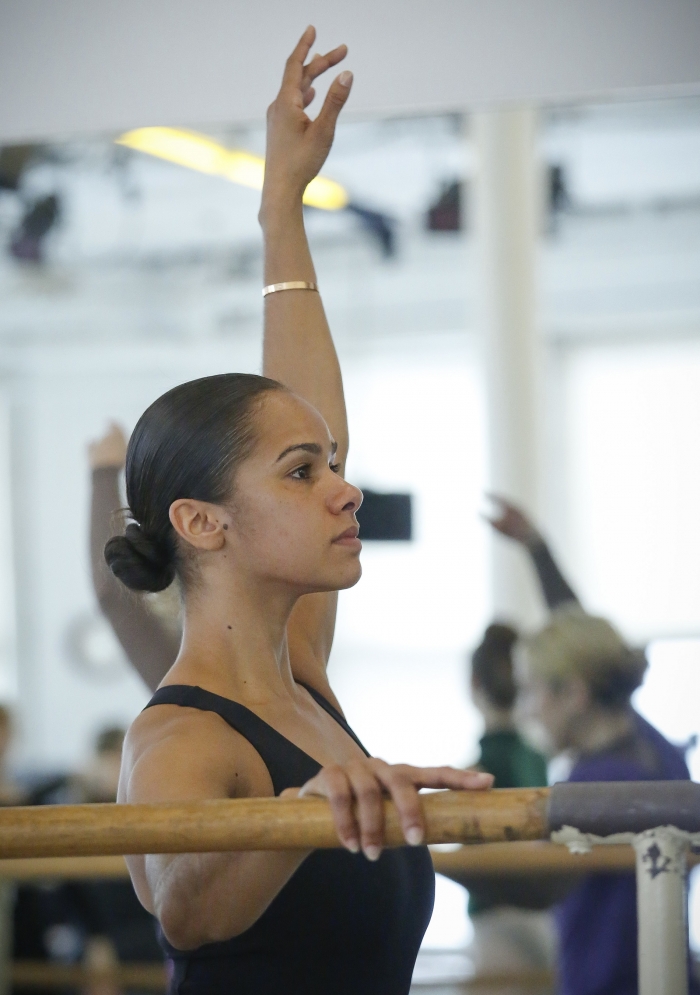 Misty Copeland had the world of ballet standing still, when she made history as the first Black female principal dancer to the prestigious American Ballet Theatre (ABT) in 2015, just months after becoming the first Black woman to perform the lead role of “Odette” in ABT’s coveted “Black Swan” in the winter of 2014.

Determined to shatter the glass ceiling of the ballet world, on Sep. 11, the Congressional Black Caucus (CBC) will honor Misty Copeland with their esteemed Trailblazer Award during the CBC’s annual “Celebration of the Arts” event—an award that Copeland deemed as not only an honor but also a necessity.

“It’s so important for other Black dancers to see a possibility, a future for themselves, in a world that still doesn’t include many other Black ballerinas,” Copeland said.

“There’s definitely still a glass ceiling in the ballet world,” Copeland continued. “There’s only one Black principal dancer in the American Ballet Theatre in their entire almost 80-year history and a lot of people don’t have the understanding that just because it’s been done once, doesn’t meant that that problem goes away… having one Black president didn’t mean that racism didn’t exist.”

“If I didn’t have art in my life, then I wouldn’t be the articulate, confident person that I am today. Fields in STEM are important but the arts are also so vital… not every child learns the same way and sometimes the missing link is art.”

Growing up as the fourth child of six in underserved areas of San Pedro, California, Copeland spoke to a time where she and her five other siblings found themselves all living in a small motel after her mother’s marriage to her fourth husband became abusive — both emotionally and physically — to Copeland’s mother and all of her children. 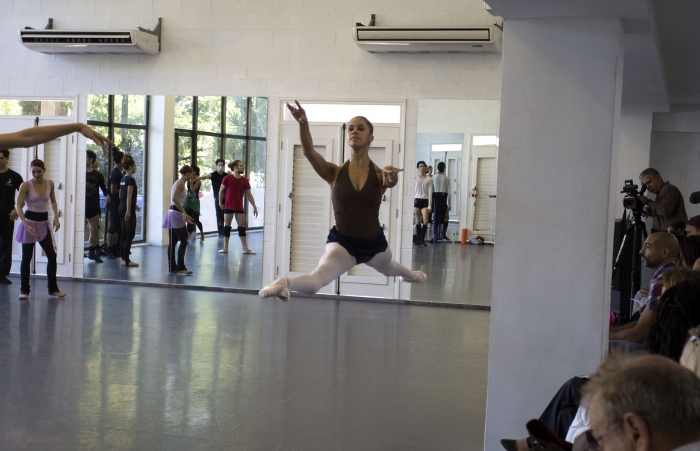 Prima ballerina from the American Ballet Theatre Misty Copeland dances at the Acosta Danza ballet studio in Havana, Cuba, Wednesday, Nov. 16, 2016. Copeland is in Havana in her role as U.S. Department of State Sports and Cultural Envoy to Cuba. (Desmond Boylan/Pool via AP)

Despite the economic and social hardships, Copeland said that she was able to find solace and her voice through the world of dance. At the age of 13, the ballet lessons that she began taking at at the local Boys and Girls Club would eventually allow her to move in with her teacher’s family and eventually prepare her to make history.

“It’s been 25 years now that I’ve been a part of classical ballet and I still have that same fire,” Copeland said. “I think for me it was initially out of my own need, as a 13-year old girl growing up in underprivileged areas, to find structure, something I never had, and dance provided exactly what I needed for that time in my life.”

“I represent ballet and any child that needs to see someone persevere,” Copeland continued. “What it means to be an underdog and to be mentored and have an amazing support system and represent that American dream.” 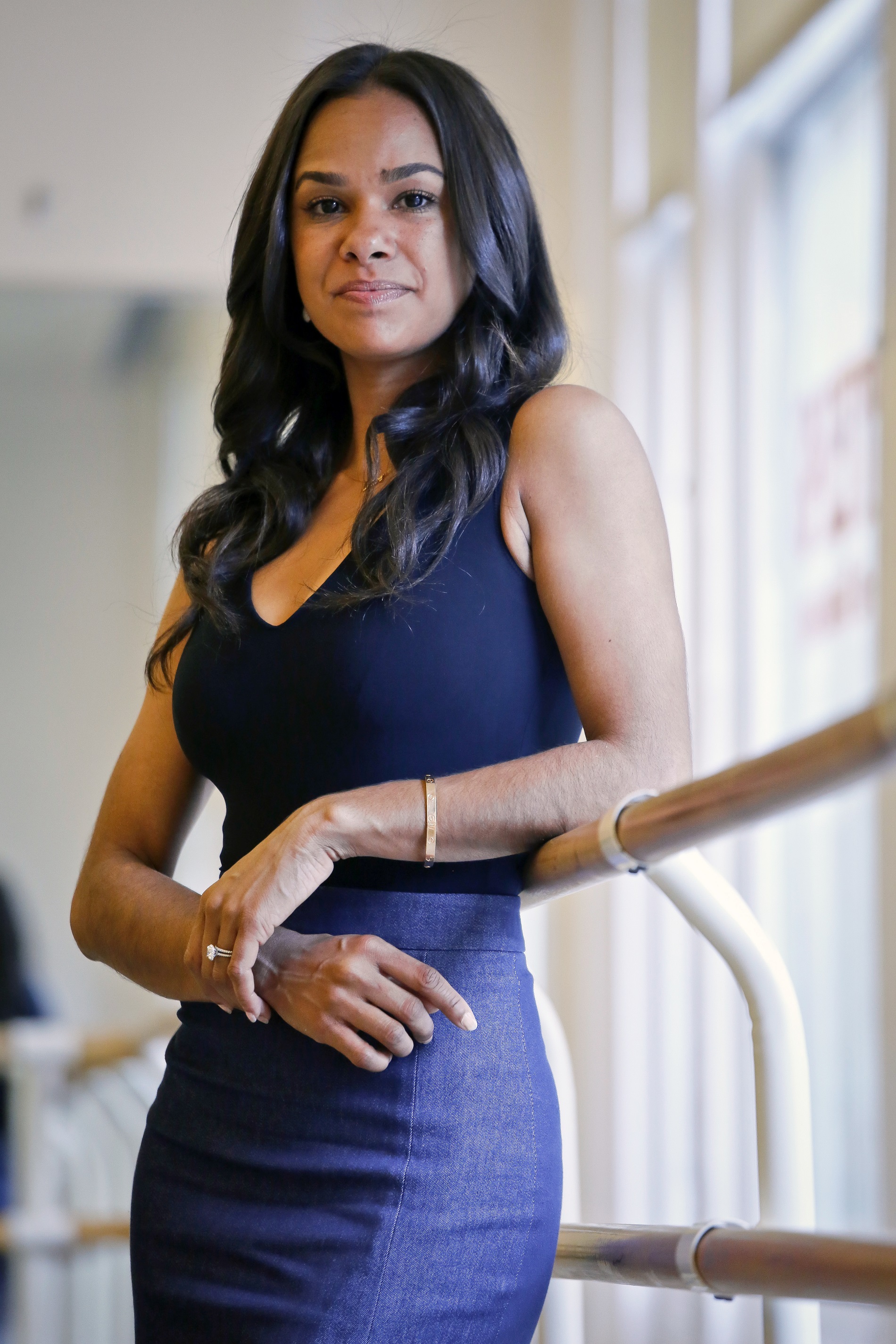 In this March 21, 2017 photo, Misty Copeland, first African-American female principal dancer with the American Ballet Theatre, poses during an interview at Steps on Broadway dance school in New York. Copeland’s book, “Ballerina Body: Dancing and Eating Your Way to a Leaner, Stronger, and More Graceful You,” compiles her advice for healthy living. (AP Photo/Bebeto Matthews)

Since joining the American Ballet Theatre in 2001, Copeland has gone on to be inducted into the Boys & Girls Club National Hall of Fame; serve on the President’s Council on Fitness, Sports, and Nutrition, under the Obama administration; publish three books, including the New York Times Bestselling memoir, “Life in Motion;” secure her own clothing line with Under Armour; and receive an honorary doctorate from the University of Hartford. All the while Copeland has been an ardent believer in reminding others that “representation is important.”

“I’m still a Black ballerina and a Black woman in this world and that doesn’t just disappear with titles,” Copeland said. “The more I use my visibility, my platform, my voice, to continue to speak about diversity both in front of the scenes and behind them, the more I’ll be able to help change the directory of dance.”

“A lot of underserved areas and youth either don’t receive access to dance courses or don’t receive quality training, which limits their chances of going even further when that time comes,” Copeland continued. “My hope, is that with my platform, I can continue this conversation to bring about change, to show younger people how to own their own power, to embrace who they are, to walk in their own path and to be represented.”