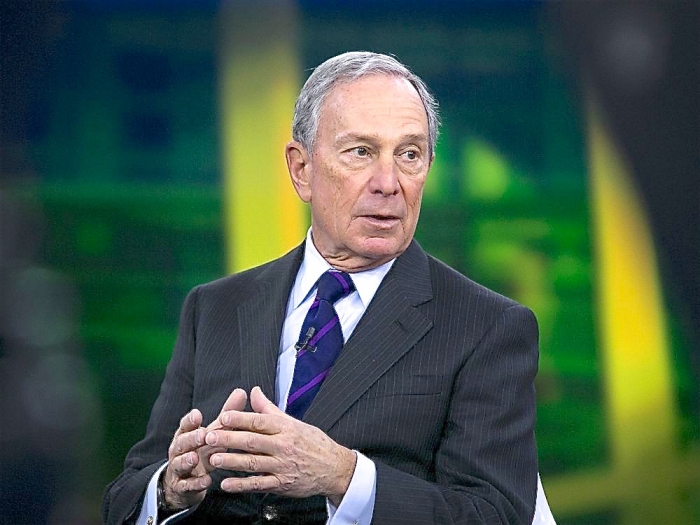 “The right to vote is fundamental but in many states it’s under attack,” said Democratic presidential candidate Mike Bloomberg, who rolled out a comprehensive voting rights agenda last week.

“It’s a disgrace to our Constitution and an insult to generations of people who marched and fought for the right to vote,” Bloomberg said.

The centerpiece of Mike’s plan, said a spokesperson for Bloomberg’s campaign, is a series of initiatives designed to tackle the racial disparity in voting rights –– for example, nearly 8% of Black adults are prevented from voting due to past convictions, four times the rate of other Americans.

There are currently 36 states which require voters to show some form of ID at the polls, disproportionately affecting Black and Latino voters, Native Americans, transgender individuals, and others.

“Being able to cast your ballot for the candidate of your choice is a basic part of any democracy,” said Former Philadelphia Mayor and Bloomberg Campaign National Political Chair Michael Nutter.

“But, people of color and minorities have traditionally been actively kept out of the franchise. How? Through voter
purges, gerrymandering, and biased voter identification requirements that discriminate against these communities. Mike and I both support making voting less discriminatory and more convenient. Mike is all for creating a non-partisan commission that would draft federal voting standards and establish a new Voting Rights Act that protects vulnerable communities.”

Bloomberg said he would also block voter purges and federally fund a voter rights awareness campaign, “so everybody would know their rights and what to do if they feel they are being violated. This is a common sense approach. And, Mike will make sure it gets done.

“We also need to ensure that our voting process is secure,” Nutter said.

“We need to make sure that every vote counts, AND EVERY VOTE IS COUNTED. Mike has never shied away from the challenge and he won’t now.

1. Protect Voting Rights for All Americans. Fix burdensome voting laws and practices that make it more difficult for Black and Latino voters, Native Americans, transgender people, and people with disabilities to vote in federal elections.

3. Reinvigorate enforcement of the Voting Rights Act to stop discriminatory state voting laws before they are enacted.

4. Block states from purging voters on the basis of inactivity, incomplete cross-checks, or returned mail.

7. Prevent partisan gerrymandering by requiring states to establish independent redistricting commissions to draw federal congressional districts in a way that does not give an advantage to one party or group, through a transparent and inclusive

“Both parties should be prioritizing these shared American priorities, and Mayor Mike’s leadership is laudable,” said Sharon Nelson,CREWomen.

“As a leader in women’s advocacy focused on generating more viable representatives in American government, I am glad to know there are breakthrough voter reform efforts on the horizon that are groundbreaking to protect diversity and inclusion in the right to vote.

“Universally, the right to vote continues to be elusive for Americans, particularly for Underrepresented populations. A solid and universally accessible Voting Protection Plan can help to repair the value of the voting process to make it more inclusive as it should be.”