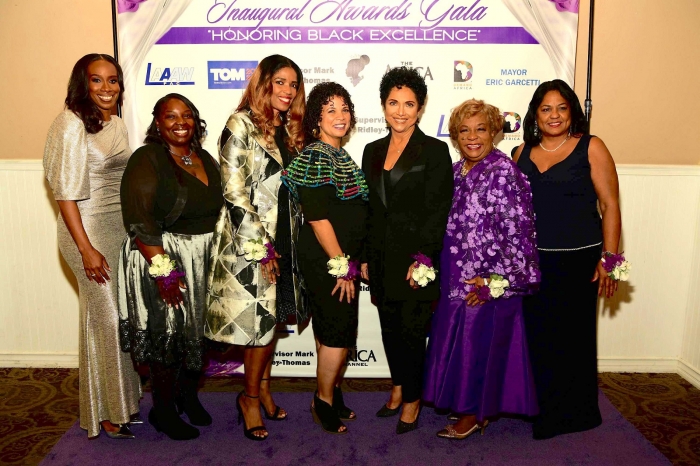 Helping Black women getting elected in California is no easy task. But for almost 30 years, the Los Angeles African American Women’s Political Action Committee has been quietly, diligently and boldly doing just that.

On Thu., Dec. 12, the 28-year-old organization known for supporting Black women in politics held it’s prestigious Inaugural Awards Gala honoring “Black Excellence” at The Grand in Long Beach in front of a standing-room-only audience. A black-tie formal affair, the event also saw eight Black women recognized for their outstanding work over the past year and their careers.

LAAAWPAC Board president, Ingrid Palmer used the occasion of the evening to remind people to put their money where their passion, heart, and commitment is.

“After Senator Kamala Harris’ drop from the race for President of the United States, let there be no other Black women who has to drop out of an election due to a lack of money,” Palmer told the crowd. “We have to support Black women.”

Neither Rep. Bass nor Burton, was able to attend, but Bass sent a video message that was played for the audience in which she said how high she holds LAAAWPAC and LAAAWPI, the organization’s educational arm.

“I think the work that you have done to develop African American women leaders that have gone on to lead in so many different ways is critical. From leading in organizations, running for office, winning office and it’s making a huge difference in our community.”

Burton asked one of the many women whose lives she transformed to accept her award in her place. 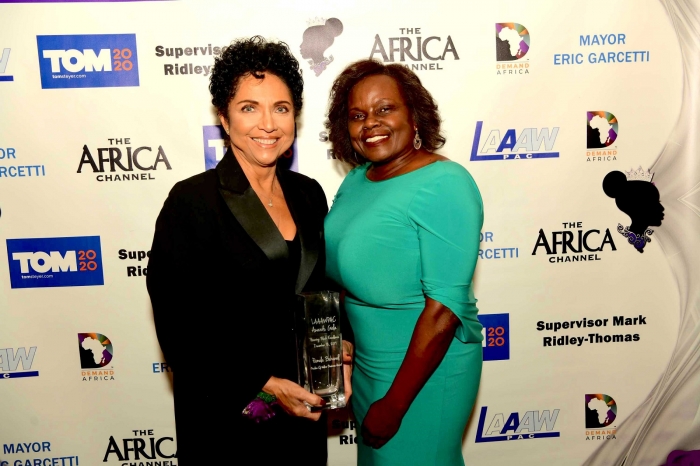 The Madam CJ Walker Business Award was given to the Los Angeles Sentinel’s own Pamela Bakewell. Bakewell is the executive vice president and chief operating officer of the Bakewell Company, one of the largest African American commercial real estate development companies in the Western United States. The Bakewell Company is also the parent company of Bakewell Media, owner of the Los Angeles Sentinel and the L.A. Watts Times Newspapers and WBOK Radio Station in New Orleans, LA. As chief operating officer, Ms. Bakewell oversees the day-to-day operations of the real estate development and redevelopment projects, the print and broadcasting divisions of the Bakewell Company and the company’s premier food and family festival, Taste of Soul. Ms. Bakewell’s pivotal leadership role in the growth of her family’s businesses, as well as her family’s legacy in civil rights advocacy, has led to her strong relationships with corporations, advertisers, retailers, small to mid-size businesses, community groups, non-profits and political leadership in the Los Angeles and Los Angeles County communities.

“I am honored and humbled to have been chosen to receive the Madam CJ Walker Business Award from LAAAWPAC,” said Bakewell.

“Women are often taken for granted for our many gifts and often expected to do it all, without much recognition. Your selection of honorees was outstanding. I am especially honored to have been among such highly regarded women who make significant contributions in their respective fields. Thank you LAAAWPAC for recognizing my work in business and in our community.”

The Mary McLeod Bethune Education Award was bestowed to attorney and autism advocate Areva Martin for her advocacy work around autism, the underserved and children. Areva is the author of an Amazon bestselling book, “The Everyday Advocate: Standing Up for Your Child with Autism and Other Special Needs” (Penguin 2010). After her son’s diagnosis with autism, she created Special Needs Network, Inc., California’s premier autism advocacy organization. Areva has raised millions of dollars for autism and disability-related causes. She has played a leadership role in advocating for state and federal laws to eliminate disparities in state funding for individuals with disabilities.

“Naming the awards presented at LAAAWPAC’s gala after African American female icons was brilliant,” explained Martin. “Not only did it make me and my fellow honorees feel incredibly special, but it also provided a much-needed history lesson to those who may not realize upon what giant shoulders they stand.”

Heather Hutt, state director for U.S. Senator Kamala Harris was recognized with the evening’s Black Excellence Award and received a standing ovation for her work in government as the first Black state director in U.S. Congressional history from California.

“I’m deeply humbled to have been included as an honoree in LAAAWPAC’s Inaugural Black Awards Gala,” Hutt told the Sentinel.

“Black girl magic was in full force with so many women that are continuously working to further the legacy that Black women have maintained as the backbone of civic engagement in the country.” 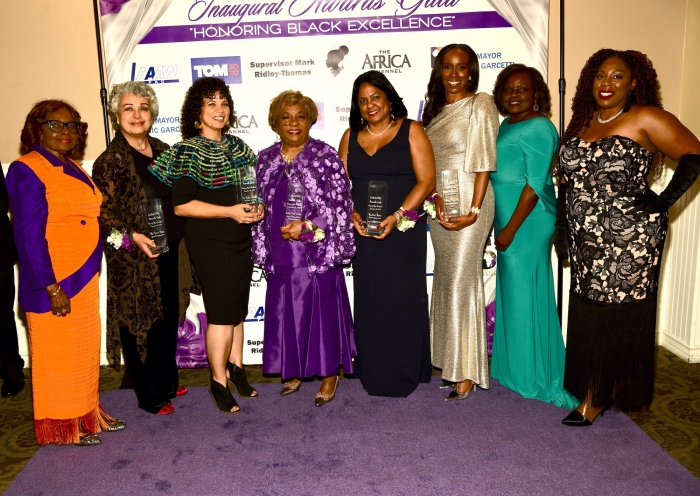 Jasmyne Cannick, political advocate, longtime Los Angeles Sentinel columnist and one of the nation’s leading voices in media on race, politics and social issues served as the gala’s mistress of ceremonies.

Cannick used the microphone throughout the evening to highlight the many Black women in the room—including herself—who would be on the March 2019 Presidential Primary ballot in Los Angeles County running for seats ranging from County Central Committee to judge, district attorney, State Assembly and more.

“Excellence is not determined by how high you rise but by your lifting up and loving of others, added LAAAWPAC founder, Celestine Palmer. “The spirit and tenacity of the Black sheroes of the past lives on through our 2019 Black Excellence honorees.”

The gala’s chair, Shannon Thomas Allen added, “LAAAWPAC’s Inaugural Awards Gala is meant to exemplify the legacy of historical women whose names we call on as our ancestors–to further their legacy and to remind us all of whose shoulders we stand on.”

“Women Thou Art Loosed: On the 7th Day” actor and son of honoree Patt Sanders, Shang Abrams delivered his rendition of the Black National Anthem while Founding Pastor of Word of Encouragement Church and Program Director of the Cecil Murray Center for Community Engagement at USC Dr. Najuma Smith-Pollard gave the invocation. Music was provided by the Bits And Pieces.