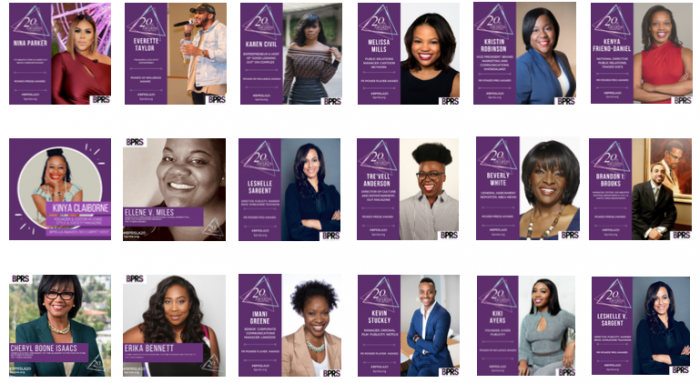 “We celebrate the legacy of NBPRS, and its ongoing efforts to champion diversity and advocate on behalf of diverse professionals,” said Shawn Smith, co-president BPRS-LA. “Our honorees exemplify excellence and their impact goes beyond communications to shape our culture and world. We are excited to honor such an accomplished group of individuals, and we are inspired every day by their achievements.”

“NBPRS is proud to recognize the 20th anniversary of our organization and to celebrate these wonderful honorees,” said Neil Foote, NBPRS president. “Our organization and its affiliates around the country have always – and will continue to – advocate for diversity in the industry.”