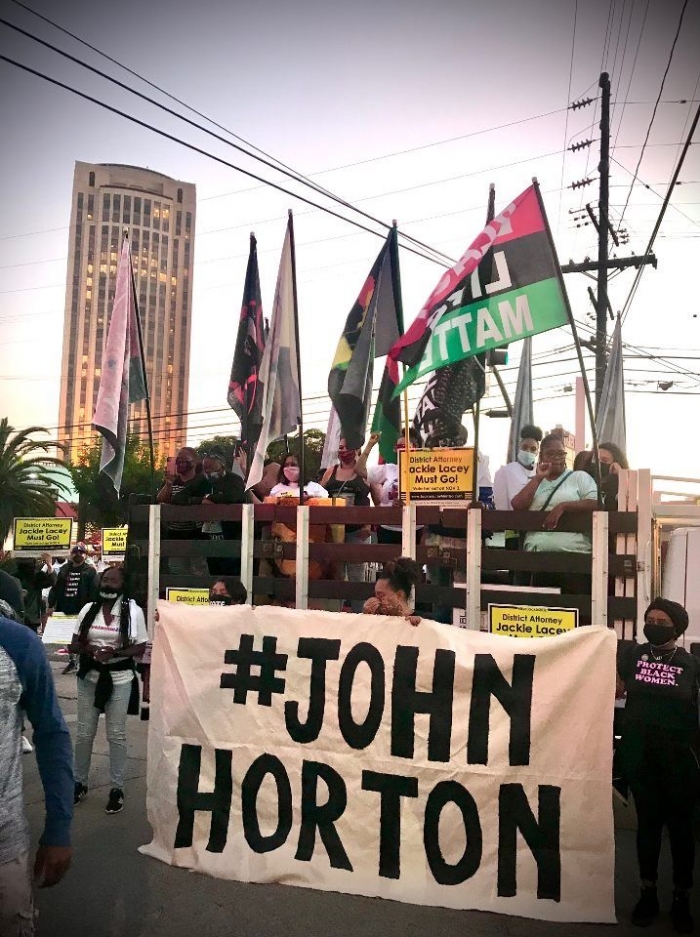 Over the last year #BlackLivesMatter has been measured as the largest racial and social justice movement in history, fed by the indomitable Spirits of #GeorgeFloyd, #BreonnaTaylor, #AhmaudArbery…and in Los Angeles #DijonKizzee, #FredWilliams, and the more than 1200 people who were killed by police in 2020 all across this country and those whose lives were stolen in 2021…#DaunteWright, #MaKhiaBryant, #FrederickHolder, and more. Their Spirits joined #EzellFord, #MikeBrown, #RedelJones, #MitriceRichardson and so many others who, since 2013, breathed life into Black Lives Matter. The years spent building Black Lives Matter, gave the cry for justice a movement home.

When #TrayvonMartin’s murderer, George Zimmerman, was acquitted on July 13, 2013, the world erupted and our co-founder Alicia Garza penned a love letter to Black people, closing with the words “Black Lives Matter.” The words, amplified by Patrisse Cullors and Opal Tometi, became a rallying cry for those with the vision and will to end state-sanctioned violence against Black people and build a world of freedom and justice. For eight years we have struggle and organized. And while the size and scale of the movement is a win unto itself, there are also tangible victories that have moved us forward in a substantive way.

As the world cracked wide open last year, it became clear that police and prisons required abolition, not reform. #DefundThePolice and #ReimaginePublicSafety became the clarion calls. We engaged Black voters and ran Trump out of the White House. Old school prosecutors, like Jackie Lacey, were ousted and visions for progressive justice reform took hold, where refuse to prosecute children as adults, end the racist death penalty, stop penalizing people for the neighborhoods in which they live through gang and other enhancements, and stop privileging the rich and penalizing the poor through the cash bail system. We launched People’s Budget LA and got $150 million cut from LAPD and $250 million pledged to the Black community. We defunded police in LAUSD schools by 35% and invested nearly $100 million in Black student achievement. With the passage of Measure J, we allocated County funds away from jails and sheriffs and invested hundreds of millions of dollars in the things that actually make communities safe, like good jobs, mental health resources, youth programs, re-entry programs, and economic development. We launched #VerifiedBlackOwned to highlight and deliberately invest in Black-owned businesses. We put more than $3 million in the form of $1000 mini-grants directly into the hands of Black families that were struggling in the midst of the COVID-19 pandemic through the Black Lives Matter Survival Fund. We celebrated Black women through #BlackWomenAreDivine, and provided healing justice to the families of those killed by police and the organizers who support them. We stepped into our own power and challenged everyone from Hollywood to corporations to politicians to say definitively that “Black Lives Matter,” with many actually putting their money where their mouth is. 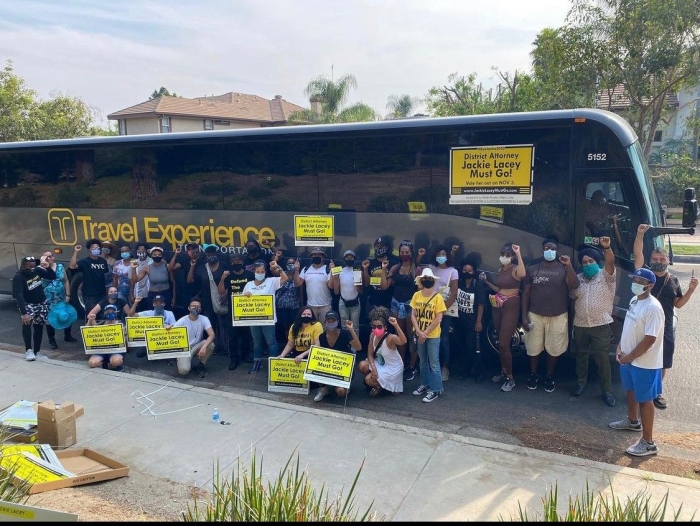 Some will tell us that the Black Lives Matter “moment” is closing, that it’s time to move on and return to “normalcy.” Racist systems are doubling down, by increasing funding to police, banning critical race theory, criminalizing houselessness and poverty, attempting to recall progressive prosecutors, eroding voting rights, violently assaulting protestors, and clinging desperately to old forms. While we cannot realistically expect the protest to number in the hundreds of thousands, we must maintain the revolutionary Spirit that our Ancestors and those on whose behalf we struggle demand. We must pass the Kenneth Ross, Jr. Police Decertification Bill (SB2, authored by Senator Steve Bradford). We must pass bold visionary federal legislation like the BREATHE Act and the People’s Response Act (introduced by Rep. Cori Bush). We must continue to #DefundThePolice and move them out of mental health calls, traffic stops, schools, public transportation, housing, and other places where they bring harm, not safety. We must #EndPoliceAssociations, directly challenge their legitimacy as “unions,” and recognize them, instead, as protectors of White-supremacist-capitalism. There is so much more work to be done to topple systems of white supremacy and oppression and build a new world fit for the inheritance of our children and the generations to come. Today was recommit and step courageously into that sacred duty. Black Lives STILL Matter…eight years in…and counting.