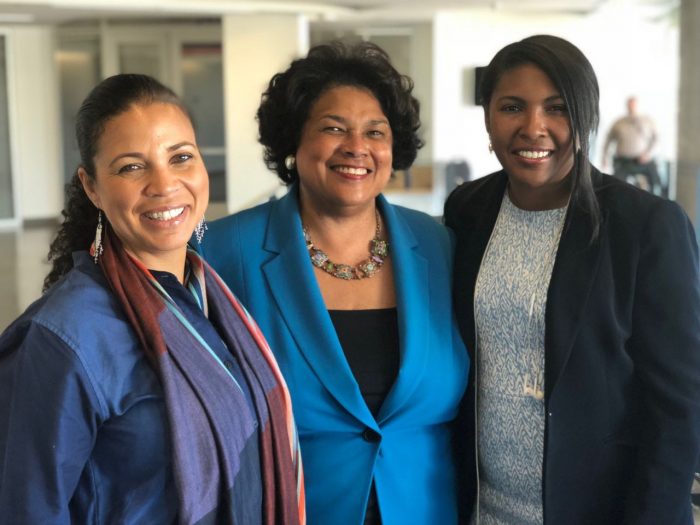 The Los Angeles Community College District (LACCD) will be without an African American on its Board of trustees for the next two-and-half years after a unanimous vote by the Board’s current trustees to appoint David Vela to fill the vacancy left when Sydney Kamlager-Dove was elected to the California Assembly. Vela will serve out the remainder of Kamlager-Dove’s term representing Seat 3 and will be the fourth Latino and sixth male on the Board. Vela’s appointment comes after he previously ran for election to the LACCD Board unsuccessfully. He also ran and lost his bid for a seat in the California State Assembly and was recently voted off the Montebello School Board.  Vela was nominated by Trustee Ernie Moreno.

“Black students comprise 12 percent of the LACCD student body, the largest number of Black students in any system of higher education in the State,” said Dallas Fowler, former L.A. City Commissioner and one of several African American candidates who applied for the seat.

“I had an opportunity to discuss this seat with Senate President pro Tempore Emeritus Kevin de León a few months back and he said to me that it would be a miscarriage of leadership for the trustees to leave the board without any African American representation. Well it’s certainly looks as though that worst case scenario has come to pass.”

Professor and Chair of Pan-African Studies at California State University, Los Angeles Dr. Melina Abdullah also applied to be appointed to the seat.

“I was considered for appointment to LA Community College Board, with several other well-qualified Black candidates, including Valerie Lynne Shaw, with whom I am very close and have been in constant communication with throughout this process,” added Dr. Abdullah. “Community leaders filled the room and spoke powerfully for me. There was also tremendous support for Valerie from Black political leadership. No one could assail either of our qualifications, endorsements or community support. We decided that it was best to both stay in consideration because of the process which would allow the trustees to choose from among the candidates without the divided vote phenomenon that can happen in an election. Our effort was to ensure that someone Black–and especially a Black woman–succeeded Kamlager-Dove as Trustee. In addition to the two of us, there were at least three other Black candidates that were far more qualified than the person selected by the Board. This was clearly a predetermined game wherein the will of the community–who refused to elect Vela twice in his previous election bids–did not matter.”

Abdullah was supported by 8th District Councilmember Harris-Dawson along with students, faculty, and staff.

Shaw, former president of the Los Angeles Board of Public Works where she served for 17 years, under three mayors through five election cycles was supported by a throng of Black elected officials including Senator Holly Mitchell and Assemblymember Kamlager-Dove as well as the LACCD Black Faculty and Staff Association.

“The appointment action taken by the LACCD on Friday was a total affront to the African American community and all women in general,” said Shaw.  “In 2018, to have a seven-member governing board that consists of no African Americans and only one woman is an absolute travesty and is totally unacceptable.”

Fowler added, “Each trustee knows the importance of having African American representation on its Board.  There were several well qualified African American candidates that applied and presented. Beyond the remaining trustees’ lack of any real effort to agree on a qualified African American candidate, they also overlooked a diverse mix of exceptionally well-qualified women candidates overall. There were 26 applicants–the majority of them submitted by women. The Board is now down to only one woman serving. We still have real work to do in Los Angeles to bring gender parity in our elected and appointed leadership.”

“This was a slap in the face to the Black community,” summed up Dr. Abdullah. “The question now becomes, what will we do? There is still one long-shot–David Vela is not officially on the Board until he is sworn in. The community could pressure him to step aside. That’s what I told him when he attempted to greet me after his appointment. Regardless, Black folks and folks who care about Black folks must have long memories on this one. We must remember what each of these folks did as they attempt to climb political ladders and we must participate in LACCD as a community voice since we will have no representation on the Board.”

Through its nine colleges, the LACCD offers educational opportunities to over 134,887 students in 40 cities and communities covering an area of more than 882 square miles.