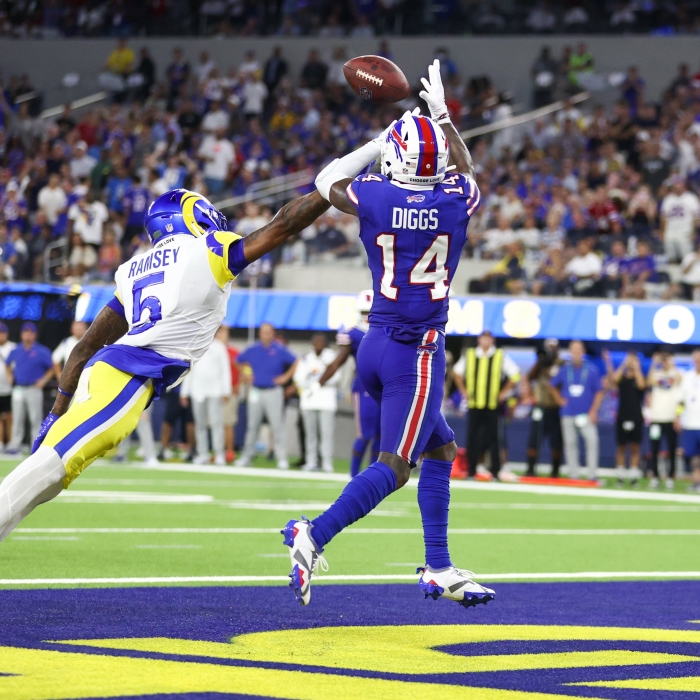 Buffalo Bills wideout Stefon Diggs (14) finished with eight receptions for 122 yards and a score in a 31-10 victory over the Los Angeles Rams on Thursday, September 8, 2022. (Courtesy Photo)

The defending Super Bowl LVI champion Los Angeles Rams unveiled their 2021 banner looking to pick up right where they left off after its title run last season but the Buffalo Bills stood in their way on opening night.

Josh Allen threw three touchdowns for 297 yards and ran in one score, Gabe Davis, Isaiah McKenzie and Stefon Diggs caught TD passes and the Bills routed the Rams 31-10 on Thursday night at SoFi stadium to kick off the 2022 NFL season.

“1-0 each week is our mindset, playoff caliber.. that’s what we’re trying to do,” Allen said following the victory as the Bills never punted on the night and finished 9 of 10 on third downs.

Two-time Super Bowl champion and former Ram Von Miller had two of the seven sacks for the Bills and constantly led the charge with bringing pressure off the edge.

“I did everything I could possibly do to have success in this game, and today was fun,” Miller said. “I didn’t feel like I had anything to worry about. I already thought about things that possibly happen on the field. It was a great reception from everybody over there at the Ram side.

Diggs finished with eight receptions for 122 yards and a score while Davis had four catches for 88 yards and a score. Bills running back Devin Singletary rushed for 48 yards on eight carries.

“I wouldn’t really say it was a signature win. I would say it was the first game,” Diggs said. “Because people win their first game and can lose every last one of them after that. So, try not to ride that wave. We did some good things, we had four turnovers. Four turnovers can cost you the game. Luckily our defense, they stepped up, they played a hell of a game. We got to continue to get better on offense. We did some good things but got to get back in the lab.”

The Rams forced the Bills into four turnovers, two interceptions thrown by Allen but the team could not capitalize as it was Buffalo who dominated the defensive trenches while constantly pressuring Matthew Stafford.

“When you look at a lot of the ways that this game unfolded, [I] feel a huge sense of responsibility to this team,” Rams Sean McVay said. “We weren’t ready to go. I take a lot of pride in that, and that’s on me. I’ve got to do better. There were a lot of decisions that I made that I felt like didn’t put our players in good enough spots.”

The defeat marked McVay’s first career Week 1 loss as head coach after starting 5-0 prior to the matchup against the Bills.

Stafford finished 29-of-41 for 240 yards and a touchdown, but threw three interceptions for a 63.1 passer rating while looking uncomfortable throughout the game due to the pass rush. 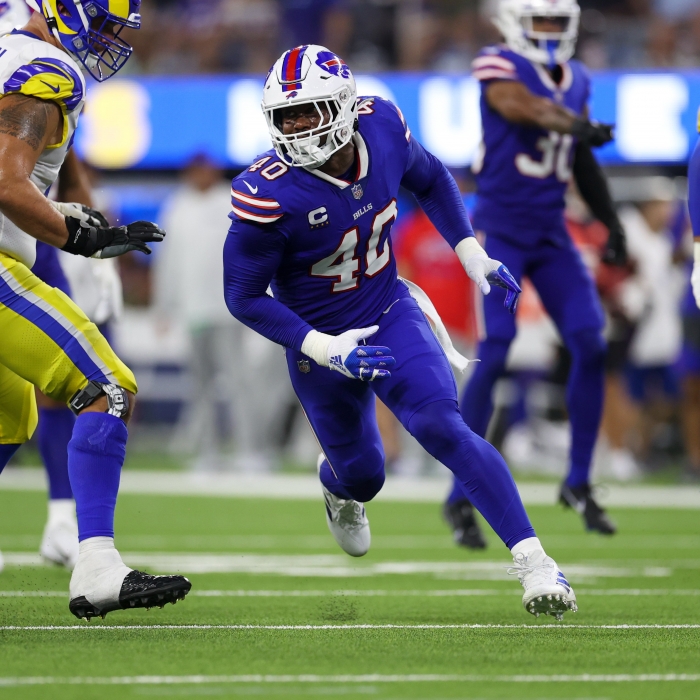 “We could play a whole lot better than that, no doubt,” Stafford said. “The one thing that gives me a good feeling is knowing the guys in that locker room and knowing we’re going to band together.”

Super Bowl MVP Cooper Kupp continued his stellar play and had 13 catches for 128 yards and a touchdown while newly acquired wide receiver Allen Robinson had only one catch on two targets.

“I’d like to get Allen Robinson more involved,” said McVay.

Stafford connected with Kupp on a four-yard toe dragging touchdown in the second period and Los Angeles tied the game at 10-10 going into halftime.

Rams running back Cam Akers was also a surprise as he played only 12 snaps compared to Darrell Henderson Jrs. 54, totaling 47 yards on 13 rushes.

“We really just didn’t get in much of a rhythm tonight,” McVay added when asked about Akers production.

“1-0 each week is our mindset, playoff caliber.. that’s what we’re trying to do,” said #Bills QB Josh Allen after tallying 353 all-purpose yards and four touchdowns in a 31-10 victory over the #Rams. #BillsMafia #LARvsBUF pic.twitter.com/Dajr4LcAmS

The Bills dominated the second half and scored midway through the third period after Allen connected with McKenzie for a seven-yard score to take a 17-10 lead. Allen continued to display his phenomenal rushing ability while finding the endzone on a four-yard score less than two minutes into the fourth to take a 24-10 advantage.

“There’s a lot to learn, but that second half, that’s who we want to be, going out there and executing that way,” Allen added. “We were 90% on third down. That’s a recipe for success.”

Moments later, Allen found Diggs on a 53-yard touchdown pass over Rams All-Pro defensive back Jalen Ramsey to cap a commanding 31-10 statement victory for the Bills.

The Rams look to bounce back when they next host the Atlanta Falcons on Sunday, September 18 at 1:05 p.m. 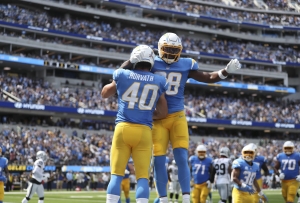 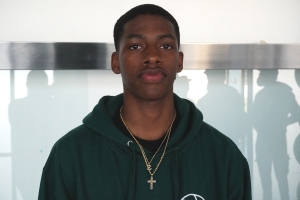 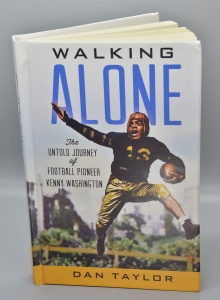 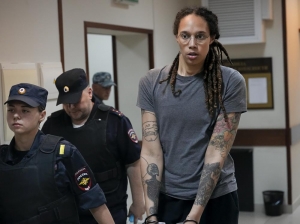 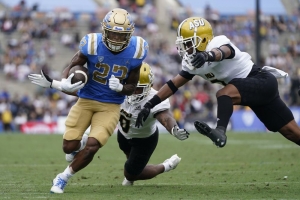 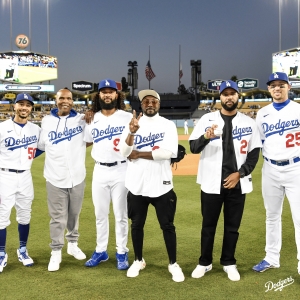