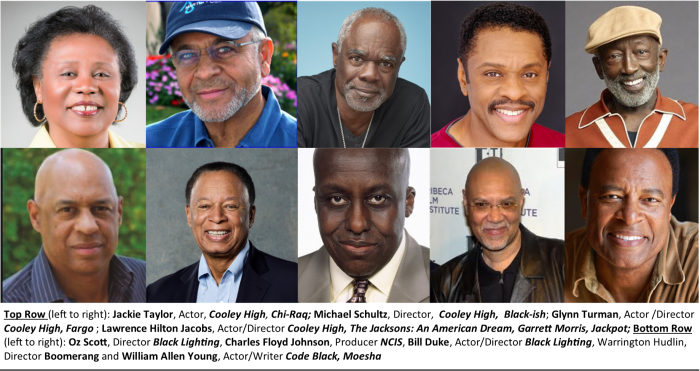 The Black Hollywood Education and Resource Center (BHERC) announced the dedication of the 26th Annual African American Film Marketplace and S.E. Manly Short Film Showcase (AAFM SEMSFS) in honor of TV and film director Michael Schultz (“Cooley High,” “Black Lightning”). AAFM SEMSFS will take place online on BHERC.TV October 23, thru Sunday, November 29, 2020. Mr. Schultz will be honored along with the commemoration of the 45th Anniversary of the ground-breaking film “Cooley High” at the BHERC signature event “A Great Day in Black Hollywood” a festival favorite, Saturday, October 24. The film “Cooley High” screens at 3:00pm PDT and the online tribute and celebration featuring the cast and industry icons begins at 5:30 pm PDT. Both virtual events stream online at www.BHERC.TV

Hosted by veteran actor William Allen Young (“Code Black”), the special event will pay tribute to the impact Mr. Schultz has had in the stage, television and film industry beginning with his first feature film the record-breaking “Cooley High.” A film so important during its time because of the cultural content as well as the box office performance. The comedy turned drama coming-of-age story of high school friends that reached beyond communities and lines of color and gave voice and validation to lives never explored on the “Big” screen. “Cooley High” treated the audience to number a of actors the pubic had seen too little of or had not seen prior such as Garrett Morris (“Jackpot”), Steven Williams (“X-Files”), Lawrence Hilton Jacobs (“The Jacksons: An American Dream”), and Glynn Turman (“Fargo”) to name a few. Original cast members – including those listed prior – along with other actors such as Gloria Schultz (“Cooley High”), Brandon Schultz, (“Cooley High”) and Jackie Taylor, (“Cooley High”). Chi-Raq Michael has directed and industry professional Bill Duke, Director (“Black Lighting”), Warrington Hudlin, (“Boomerang”), Oz Scott, (“Black Lighting”) will join in the celebration.

Michael Schultz’s career in theatre, film, and television spans five decades and he is as active and prolific as ever. He directed his first play, (“Waiting for Godot”), at Princeton University going on to join the world famous NEC (Negro Ensemble Company) in 1968 winning the Obie Award for Best Director. He cast Al Pacino in his first Broadway play, “Does a Tiger Wear a Necktie?” for which he and his wife Gloria and Al Pacino were nominated for Tony Awards which Pacino went on to win. As a television director, Schultz established himself as a pioneer directing early episodes of “The Rockford Files”, “Starsky and Hutch”, and “Baretta”. His breakthrough production “To Be Young, Gifted,” and “Black” was filmed for television in 1971.

As a feature filmmaker, he helmed several ’70s classics such as “Cooley High,” “Car Wash,” “Sgt. Pepper’s Lonely Hearts Club Band,” “The Last Dragon” and several films starring Richard Pryor. “Car Wash” won two awards at the ’77 Cannes Film Festival, for Best Music and the Special Jury prize for Superior Technique. He continued his stride between television and film with “Carbon Copy” bringing a young Denzel Washington to Hollywood’s attention, as well as “Krush Groove,” one of the first films to feature hip-hop artists. L.L. Cool J and Run DMC; Blair Underwood headlined. Schultz would go on to focus on television, directing many network movies and several two-hour films of George Lucas’ “Young Indiana Jones Chronicles.” Some of his episodic credits include: “The Practice,” “Ally McBeal,” “Touched By An Angel,” “JAG,” “Everwood,” “New Girl” and “Arrow.”

“Michael represents the ‘best of the best’ in Hollywood, a true genius at what he does,” states Sandra Evers-Manly, president of BHERC. “His first feature film ‘Cooley High’ is a classic that launched the careers of several phenomenal actors and inspired a generation of filmmakers. A renaissance professional, Michael has placed an indelible imprint on the stage, film and television industries.” In early 2000, Mr. Schultz co-founded ImajiMation Studios, a Santa Monica-based animation concept studio specializing in urban youth content with a client list including Adidas, Toni Braxton, The Source, and Cartoon Network to name a few. He currently lists TV series “Black-ish,” “Black Lightning” and “All American”; and is developing an animated feature based upon his highly successful comic book series “Blokhedz”.

This year’s festival commemorates the 45th anniversary of “Cooley High” and is dedicated in honor of prolific director Michael Shultz. The festival opens Friday, October 23 thru Sunday, November 8, 2020, streaming online at www.BHERC.TV. The Opening Night Welcome event introduces the individual filmmakers and their films, Friday, October 23, 5:00PM PDT. Films With A Purpose Premiere of the film “I’m Not Special” with Q and A with filmmaker and cast Larry Ulrich Sunday, October 25, 5:00PM PDT. 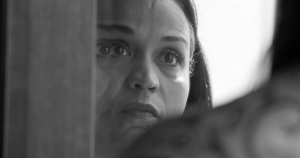 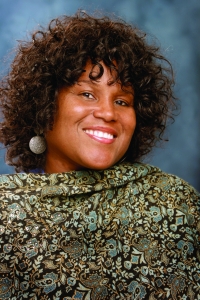 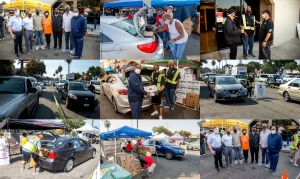 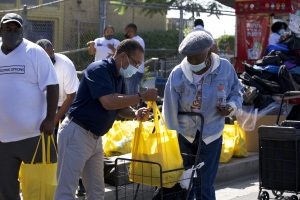 Councilman Wesson Believes in Second Chances, Providing for Those In Need