Usually when we want to confront and discount America’s founding myth of creating a democracy of free and equal persons, its hypocritical and high-hype claims of justice for all and its self-congratulatory celebration of this myth on the 4thof July, we call Frederick Douglass to the dais. Or we hear Malcolm X, Fannie Lou Hamer and others knocking at the door, coming to insist on a courageous questioning of the self-deluding lies this society routinely tells itself. For such willful historical amnesia cultivates a problematic and immoral forgetfulness about genocide against Native Americans, the Holocaust of African enslavement and later oppression of other peoples of color in the establishment and building of this country. And it lays the basis for an unrepentant continuation of oppression in other forms, such as severe and sustained inequities and injustice in health care, housing, education, employment, ownership, political power and representation, immigration and ongoing brutal and deadly police violence.

Indeed, even in our former President’s 4th of July message in 2014, he mythologizes, telling us that “On July 4th, 1776, a small band of patriots declared that we were a people created equal, free to think and worship and live as we please; that our destiny would not be determined for us; it would be determined by us. And it was bold. And it was unprecedented; it was unthinkable.” And in his next year’s statement, he repeated these core myths, and talked about the U.S. soccer team, famous for winning while losing, but gave most time and space to praising the military in which “we” trust.

But we must not be satisfied with the patriotic propaganda about striving to make a more perfect union which was never perfect and thus, cannot be made more of what it is not. Instead, we must engage in courageous questioning and constant struggle, not to make America “more perfect,” but more humane, moral, equal, just, free, and beneficial for everyone. It is in this spirit and space for discourse and action that the life and teachings of Dr. Mary McLeod Bethune (July 10, 1875—May 18, 1955) on the quest for a real and lived democracy are so valuable.

Dr. Bethune believed deeply in democracy and struggled to make it real on the national and international level. It was part of her credo, her fundamental statement of faith. Thus, she says, “I believe in mankind (i.e., humankind).  I believe in the spirit of God which lifts and inspires men (and women) to be and do their best. I believe in democracy which is the essence of man’s (and woman’s) longing to know harmony and peace in an atmosphere of good will and understanding.” But she says that in her “rendezvous with democracy,” she found it “vibrating with challenges that stimulate me and keep me fighting for the pursuit of happiness, the increase in justice and widespread acceptance of brotherhood for all mankind.” Thus, she is clearly aware of American democracy’s false, fragile and inflated claims. And she challenges America to set aside its self-aggrandizing illusions and practices and bring forth a real democracy.

In an essay on “Americans All: Which Way, America?” Dr. Bethune states that “We are approaching a critical juncture in the history of the world and the destiny of our nation” and there are two roads before us. “One can take us from the suspicion of other nations,” she says, “to disagreement, conflict and war of unimagined fervors that would blast civilization, as we know it, from the face of the Earth.” And of course, “that road is easy and all downhill.” However, “the other road is up-hill, tortuous and rocky and only for strong men (and women) to tread. It is a road of national and international understanding, resolving of differences, compromise, agreement and peace” which can lead to unlimited possibilities for human good and human flourishing.

She calls for a sustained spirit of mutual respect, justice, fellowship, peace and rightful treatment and inclusion of the masses of people in remaking the country and the world. And so she asks America, with its vaunted power and ever-expanding war machine, “Is it to be the way of the spirit, or the way of the sword?” Moreover, “Are we to show our strength in guns and tanks—in atom bombs? Or in food for the hungry, plows to till the field and in bringing peace to men (and women) of good will?” And “Are we to win our way by virtue of persuasion and peace or are we to shove it down unwilling throats with money and bayonets and war?” No doubt, if she were here in this turbulent time, she would add to her moral critique the empire-building use of bigger bombs, missiles, drones, torture, official assassinations, collective punishment, state terrorism and amoral support for dictators and occupiers in the U.S. arsenal of weaponry and warmongering. But still her original messages remain timeless.

Dr. Bethune is also concerned about, not only the international aspect of this struggle, but also about the particular and domestic aspect of achieving a lived and real democracy. Therefore, she questions the continuing oppression, deprivation and degradation of Africans and other peoples of color. And she asks is American democracy in its savagely segregated reality “to be a democracy of the lynching mob and flouted law? Of intimidation and threat and fear? Or, is it to be the democracy of law and order, of the 14thAmendment really enforced, of the sanctity of the individual, and of the protection of person and home against brute strength and fear?” Continuing she asks, “Will we take the up-hill road that leads to democracy of equality for all men (and women),” regardless of station, status or color of skin and national origin? “Or is to be the downhill road where there is a way of life for only him that hath, for the chosen few, for those of high birth, for the select, for those of the ‘right’ religion or the ‘right’ race?”

The central struggle then, she says, is to take this democracy and create within it “the way of security, of equality and opportunity, of equal chance of job and home, for health and education and recreation well within the reach of all.” And she tells us that our position in this country and our long history of suffering, oppression and resistance makes us know that we must take a vanguard role in transforming this country so that it is a lived and real democracy. Concluding she says, “we do this not only for Blacks and other (peoples of color); we do this not only for the good of our city, state and our nation”, but also because “it is our obligation now to do it for the world.” For, “we must remake the world. The task is nothing less than this.”

Yes Our Black is Beautiful! 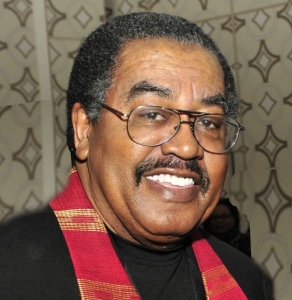 New Bill Could Have Consequences for California Communities’ Health