On a warm and muggy Saturday, September 10, more than 300 community members witnessed the unveiling of Barbara Morrison Square at the intersection at 43rd and Degnan in Leimert Park.

The free event, which occurred on Morrison’s 73rd birthday, was commissioned by the Department of Cultural Affairs (DCA) and officiated by Councilmember Heather Hutt and the 10th District Council Office. 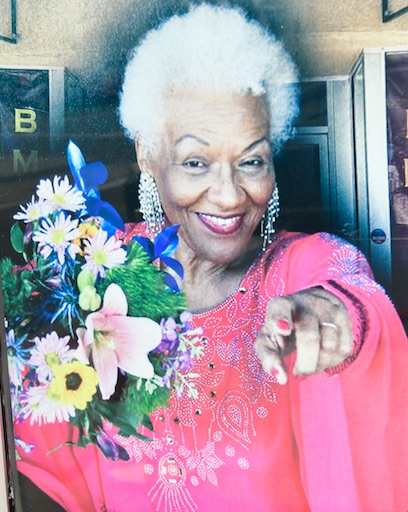 Yvonne Farrow of DCA paid tribute to the late singer, saying, “Today, we celebrate the naming of the Barbara Morrison Square and the Barbara Morrison Jazz and Blues Festival to honor her work as the legendary ‘Empress of Blues and Jazz,’ as an educator, entrepreneur and community advocate.

“The DCA and 10th District Councilperson Heather Hutt are happy to support Timothy Morganfield in putting on this inaugural [and annual] music festival to keep her memory and legacy alive.” 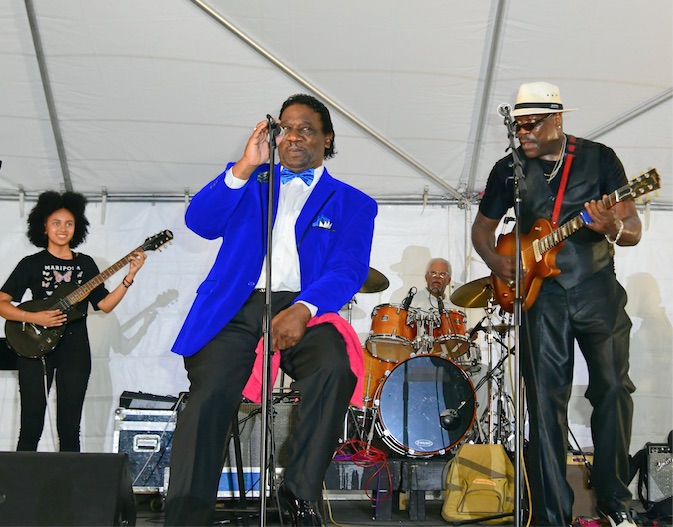 Morganfield, the DCA festival director, spoke fondly of his first encounter with the late singer. “When I first met her 15 years ago, she was hiring a stage builder. I went home and told my wife all about it.

“She screamed, ‘Barbara Morrison! She’s my favorite singer!’ So, the next day, I told Barbara, ‘Okay, I’ll work with you.’

“She asked my name. I said, ‘Timothy Morganfield.’ Her mouth dropped. ‘Of Muddy Waters?’ (His birth nameis McKinley Morganfield). ‘I always wanted to work with a Morganfield!’” 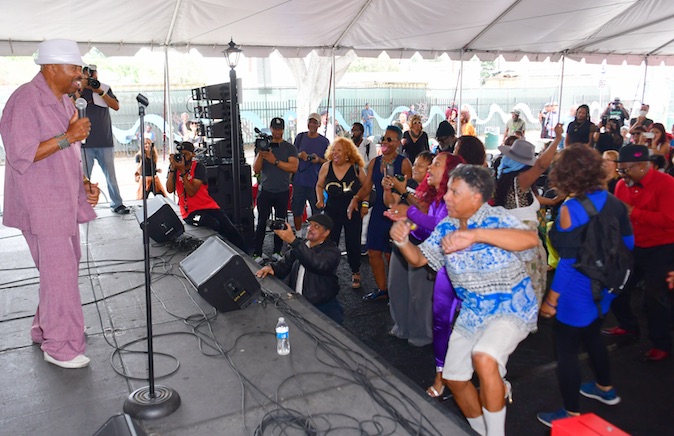 Meanwhile, Dr. Dove, chairman of the Martin Luther King Jr. parade, reckoned, “I don’t know about calling this Barbara Morrison Square, because there was nothing ‘square’ about her! The girl came from Arkansas, moved to Detroit, and relocated here. Part of the reason I moved to this block was to be near Barbara Morrison.”

Stage manager B’Anca shared,“You may remember me from the Leimert Park Jazz Festival. We paid tribute to ‘the Empress’’ by releasing doves into the air to commemorate her 73rd birthday. We need your help to keep her legacy alive. You can make your donations by visiting www.thebarbaramorrison.com. Thank you!”