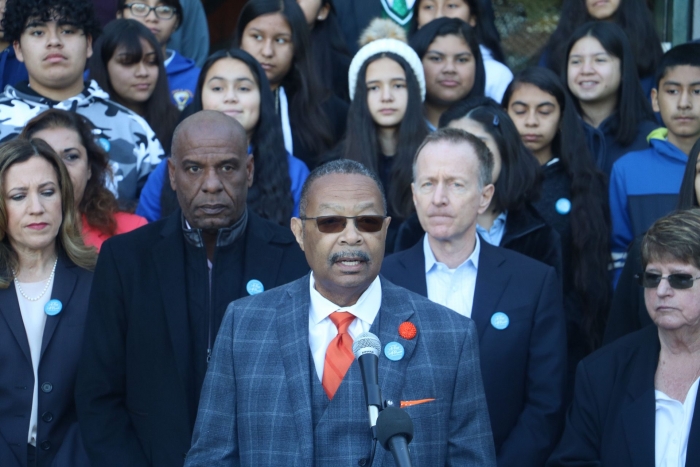 Monday, December 16, Jones-Sawyer gathered students to celebrate the bill that will change how students are seen in society. With “at-promise” students will now be addressed with a positivity that is welcoming, removing the biased mentality “at-risk” promotes.

“For years we have heard from researchers these negative labels can lead to stigma and expectations to fail that are then put upon our students,” Jones-Sawyer opened. “As we all know, words do matter.”

“The signing of AB 413 has been the result of years of hard work from advocates and educators. Our children are our future, and as lawmakers, we have the responsibility to protect them by breaking down barriers that can be detrimental to their success.” 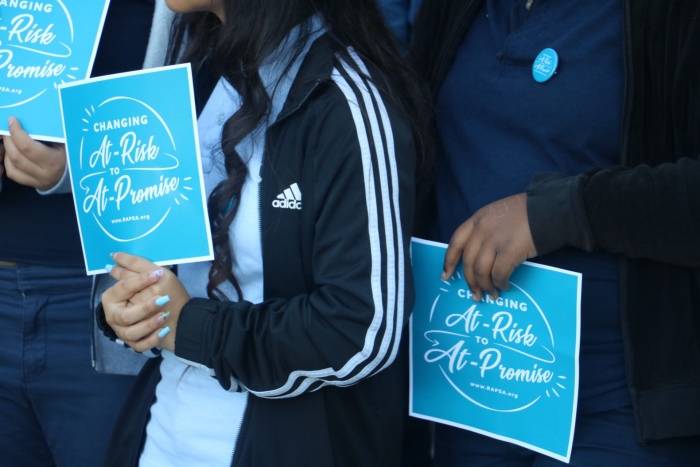 The signing of the bill will change the language used in both California’s penal and education code, effective January 1, 2020. “I’m proud that California is finally shifting away from a biased base mindset of ‘at-risk’ and now recognizing that ‘at-promise’ youth all have the inherent ability to succeed,” Jones-Sawyer continued.

“10 years from now, I can look at the rate of people who go to prison that is cut in half because of the efforts we are doing today.”

“It used to bother me that the only time you heard the term ‘at-risk’ was if you were talking about poor or you’re a minority,” Senator Bradford said. “‘At-promise’ is a great way to identify the young folks regardless of where you come from because we all have problems.”

“We have to be here to promise that their future is as great and as promising as they want it to be, and most importantly as we know it’s possible of being.” 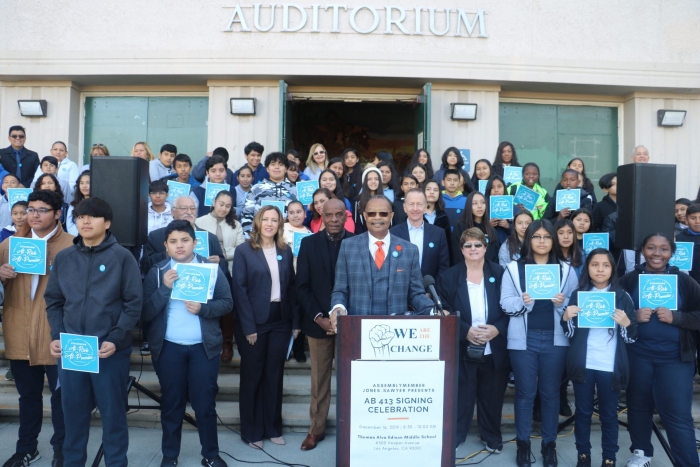 Superintendent Beutner also shared a word with the crowd, “We made progress at our schools over the last decade, but we have a long way to go before every student has the support they need. All of us here today have to recommit ourselves to making sure to do the work to make that happen.”

“The conversation of ‘at-promise’ will remind us of all the work we need to do to help prepare every child to succeed in college, career and life.”

Dr. Duardo used her own testimony to push the importance of this bill, sharing that the label of being a college dropout has traveled with her her entire life regardless of her successes. “We want to make sure all children don’t have to deal with that.”

Larry Bell, who says he coined the term “at-promise” due to the joy brought to his being when he hears the word “promise.” He expressed why the bill is so important, “for all intensive purposes, No Child Left Behind is dead,” he says. “This day is a big deal because this law brings the focus back where it should be, on the students, on the kids who need us so much.” 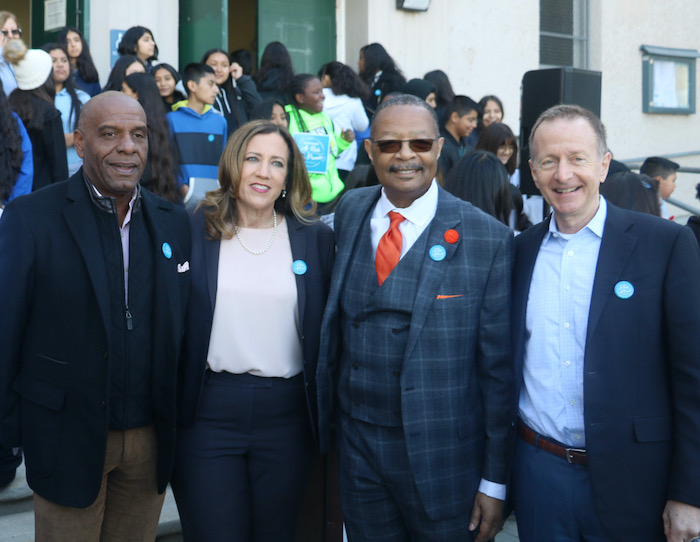 “As a student, I believe this will inspire kids and motivate them to try their best and reach new heights,” one student shared.

Another stated, “I’m really grateful for everything that they’ve done and I believe changing ‘at-risk’ to ‘at-promise’ will lead to a better future, not just for us, but for everyone.”