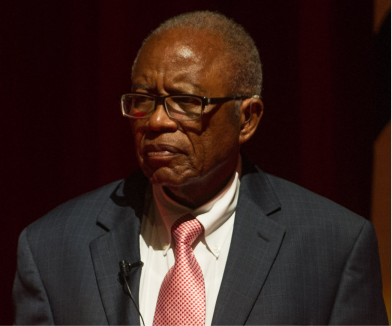 A civil rights lawyer who once fought to desegregate the University of Alabama is now receiving an honorary degree from the school.

Attorney Fred Gray of Tuskegee will be awarded an honorary doctor of laws degree during the law school’s graduation ceremony on Sunday afternoon, the university said in a statement.

The commencement marks the 50th anniversary since three students became the first Black people to graduate from the law school.

Gray, 91, once helped represent Vivian Malone Jones and James Hood in their attempt to desegregate the university, where they enrolled as the first Black students in 1963 after then-Gov. George C. Wallace staged his “stand in the schoolhouse door” against integration.

Gray also represented Rev. Martin Luther King Jr. and Black seamstress Rosa Parks, whose arrest for refusing to give up her seat on a bus to a white man prompted the Montgomery bus boycott. Later, he represented Black men who filed suit after the government let their illness go untreated in the infamous Tuskegee syphilis study.

Currently, Gray is involved in a lawsuit seeking to remove a Confederate monument from a square at the center of mostly black Tuskegee.