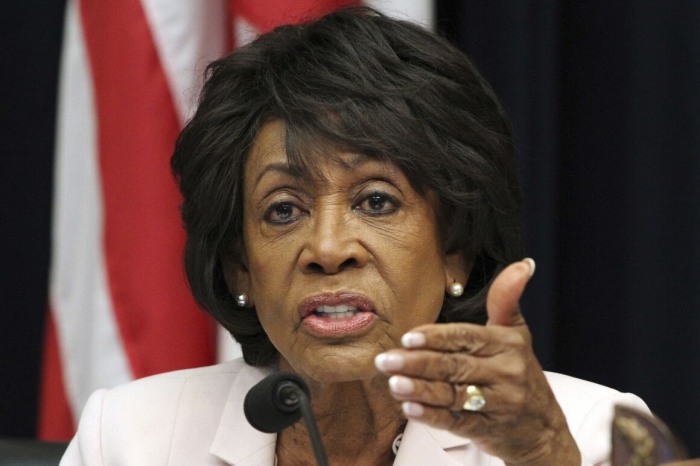 Ahead of the first day of oral arguments in the Supreme Court case Comcast Corp. V. National Association of African American-Owned Media (NAAOM),Congresswoman Maxine Waters (CA-43) led her colleagues in introducing a resolution that affirms the vital role that the Civil Rights Act of 1866– particularly Section 1981 of the Act – has played in prohibiting discrimination on the basis of race or ethnicity when making and enforcing business contracts. Should Comcast Corporation, the plaintiffs in the case, prevail at the Supreme Court, it will be nearly impossible for entrepreneurs, innovators, and creators of color who have been victims of racial discrimination to bring forth lawsuits and have their rights protected and enforced in a court of law. Congresswoman Waters resolution that makes clear that the U.S. Congress strongly opposes this, and any other attack, on equal rights protections for people of color and marginalized groups under the Civil Rights Act of 1866.

“More than a century after the passage of the Civil Rights Act of 1866, it is absolutely outrageous that one of the largest media companies in the world would have the audacity to petition the U.S. Supreme Court to hear arguments in a case that undermines this vital law,” said Congresswoman Maxine Waters. “Nearly ten years ago when Comcast sought to merge with NBC Universal, both companies were forced, under pressure from my efforts in Congress and the FCC, to commit to credible diversity and inclusion initiatives as a condition for the merger. Today, they are seeking to effectively destroy one of our nation’s oldest civil rights statutes dating back to Reconstruction. In doing so, Comcast is opening the flood gates to discrimination in business contracts with no legal remedy or recourse. Those of us who know our history, understand all too well the harmful impact this could have on future generations of entrepreneurs and creators of color. I am proud to lead my colleagues in a resolution that makes clear that any and all assaults on civil rights protections for Americans – particularly people of color and other marginalized groups – will not be tolerated by the U.S. Congress.”

In the aftermath of the Civil War, African Americans suffered through a tumultuous integration. They were systematically and routinely subject to laws, such as the Black Codes, which were designed to restrict African American’s freedom and keep formerly enslaved persons from thriving in society. In response, Congress enacted the Civil Rights Act of 1866.

Since their inception, the Civil Rights Act of 1866and Section 1981 of the Act have made it unlawful for any citizen to be denied equal rights and equitable treatment on the basis of race; protected people of color from discrimination when forming business contracts; and provided a legal pathway for those who have been racially discriminated against to seek justice.

Throughout her career in public service, Congresswoman Waters has been a leading advocate for diversity and inclusion in the media. Her years-long efforts during the Comcast-NBC Universal merger review – which included holding congressional hearings, urging the Federal Communications Commission (FCC) to extend the public comment period, filing comments on behalf of independent minority producers, directors, and writers, and leading the congressional efforts to ensure that the terms of the merger included voluntary commitments and proposals for media diversity – led to the creation of four independently minority-owned channels: Sean “Diddy” Combs’ Revolt, Magic Johnson’s Aspire, Robert Rodriguez’s El Rey, and Constantino “Said” Schwarz’s BabyFirst Americas television networks. As a result of her legislative efforts and commitment to media diversity and inclusion, Congresswoman Waters has been recognized by many of the nation’s leading media organizations and coalitions for journalists and communities of color, including the National Newspaper Publishers Association (NNPA), National Association of Black Journalists (NABJ), and the National Hispanic Media Coalition (NHMC).