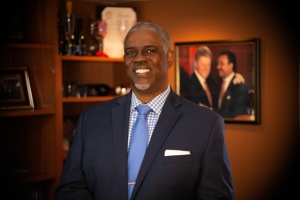 The U.S. Supreme Court’s decision in this case has effectively increased the burden of proof on the next litigant and made it much harder for them to succeed in Section 1981 litigation. One is left to wonder why such powerful members of our community could not have somehow come together to protect the interests all African Americans.  Here, by the insistence of Allen to proceed with this litigation, the African-American community runs the risk of becoming “trampled grass” when the litigation is finally resolved and the “elephants” have ceased fighting. ... read more »
Ahead of Supreme Court Oral Arguments, Rep. Waters Leads House in Affirming the Civil Rights Act of 1866 & its Section 1981

Ahead of the first day of oral arguments in the Supreme Court case Comcast Corp. V. National Association of African American-Owned Media (NAAOM),Congresswoman Maxine Waters (CA-43) led her colleagues in introducing a resolution that affirms the vital role that the Civil Rights Act of 1866– particularly Section 1981 of the Act – has played in prohibiting discrimination on the basis of race or ethnicity when making and enforcing business contracts. Should Comcast Corporation, the plaintiffs in the case, prevail at the Supreme Court, it will be nearly impossible for entrepreneurs, innovators, and creators of color who have been victims of racial discrimination to bring forth lawsuits and have their rights protected and enforced in a court of law. ... read more »
ADVERTISEMENT
ADVERTISEMENT
Videos
WATCH: NBA legend Isiah Thomas joins Thirstie, NBAPA, and NFLPA to expand Cheurlin Champagne online reach