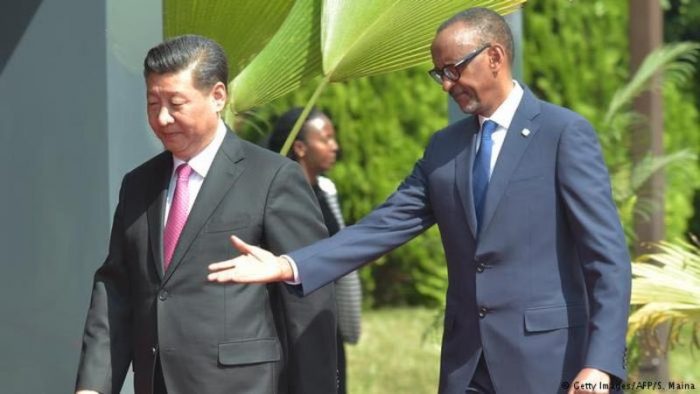 There are two sides to every coin and two widely opposing views on China’s offer of generous loans and grants to African countries announced at the recent Forum on China-Africa Cooperation forum in Beijing.

At the confab, with representatives from 53 of 54 African countries, sky-high numbers were bandied about. Chinese President Xi Jinping announced $60 billion in funds for eight initiatives over the next three years, in areas ranging from industrial promotion, infrastructure construction and scholarships for young Africans.

Such a financial package has many high-profile defenders on the continent, including the head of the African Development Bank, Akinwumi Adesina.

“A lot of people get nervous about China but I am not. I think China is Africa’s friend,” he told the BBC.

But several African economists, media pundits and civil society see red flags ahead. “The time has come for African leaders to critically interrogate their relationship with China,” an editorial in Kenya’s Daily Nation said Monday.

“What are the benefits in this relationship? Is China unfairly exploiting Africa like the others before it?”

“This debt acquired from China comes with huge business opportunities for Chinese companies, particularly construction companies that have turned the whole of Africa into a construction site for rails, roads, electricity dams, stadia, commercial buildings and so on,” said Kampala-based economist Ramathan Ggoobi, speaking to the BBC.

In Uganda, a 21 year mining concession to the Guangzhou Dongsong Energy Company produced only 92 job slots so far and the threat of displacement of 12,000 residents from 14 villages.

This week in Zambia, the government was forced to refute published reports of the possible Chinese takeover of Kenneth Kaunda International Airport and the power utility ZESCO for unpaid debts.

It is increasingly common in countries like Angola, Mozambique or Ghana, which benefit from Chinese loans for infrastructure, to see Chinese trucks and workers who would otherwise be unemployed in China now working in Africa on Chinese projects.

“If African countries are not careful, the debt they have to China is going to be the equivalent or even more than the debt that they have to industrialized countries and to the World Bank,” said William Gumede, University of the Witwatersrand professor and chair of the Democracy Works Foundation in South Africa.

The next Summit will be organized by Senegal in 2021.