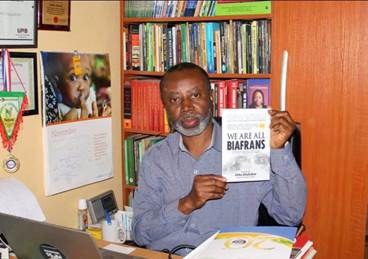 The war may be over in a place called Biafra – a region of states in the southern part of Nigeria – but it remains a flashpoint for ethnic tensions that simmer just below the surface.

In September, the leader of the Indigenous People of Biafra (IPOB), announced a meeting with world leaders at the United Nations to present the grievances of the Igbo community including unfair treatment by successive governments.

These grievances, according Nnamdi Kanu, leader of the outlawed IPOB, include an unequal distribution of resources, poor investment and a heavily militarized presence in their region.

This week, the Buhari administration took out its own grievances against the separatist group with the arrest by Nigerian counterintelligence operatives of popular author/journalist Chido Onumah. Onumah, who was returning from Spain after graduate studies, was identified by his t-shirt which bore the inscription “We Are All Biafrans” – also the name of his book.

The State Security Service, however, denies there was an arrest. “To set the records right, Onumah was never arrested by the Service. He was rather engaged in an interaction during which an act of his, capable of undermining public order and national security, was explained to him.”

Speaking up for Chido was the National Coordinator of the Human Rights Writers Association, Emmanuel Onwubiko, and the Executive Director of the Civil Societies Legislative and Advocacy Centre, Awual Musa (Rafsanjani) in interviews with PUNCH newspaper.

Also arrested this week was Agba Jalingo, publisher of CrossRiverWatch, an online newspaper with a focus on Cross River State. Mr Jalingo, in prison in Calabar, has been charged with treason over a report about an alleged diversion of 500 million naira by Cross River Gov. Ben Ayade.

Omoyele Sowore, publisher of Sahara Reporters and presidential aspirant, also remains behind bars.  A Federal High Court on Tuesday ordered his release after about 50 days detention but State Security Services claimed that it had not received the court order and has since refused to release Mr. Sowore.

In other Nigerian news, Nigerians in the diaspora on the platform of the Global Coalition for Security and Democracy in Nigeria have petitioned the President of the World Bank, David Malpass, to put an end to further negotiations with the President Muhammadu Buhari regime to borrow another $2.5 billion.

The group stated that Nigerians could no longer tolerate the action of government officials who, they claimed, steal public funds and resort to raising taxes among the same citizens they stole from.

Finally, 19 pregnant girls and four children suspected to have been abducted by persons engaged in child trafficking were released by Lagos police, and in the northern city of Kaduna, police rescued more than 300 male students, most of them children and some of them in chains, from an Islamic school where many had been tortured and sexually abused, a police spokesman said Friday.

The victims, including adults and minors, were kept in “the most debasing and inhuman conditions in the name of teaching them the Koran and reforming them,” Kaduna state police spokesman Yakubu Sabo told AFP.

Among those rescued were “around 100 students including children as young as nine in chains stuffed in a small room all in the name of reforming them and making them responsible persons”, Sabo said. 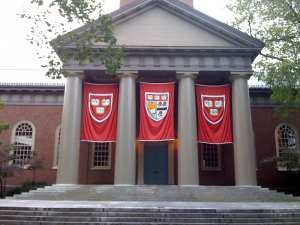 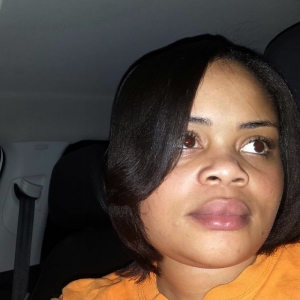 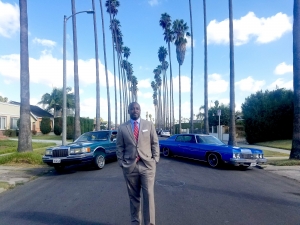 Bringing Destination Crenshaw to the Taste of Soul Experience