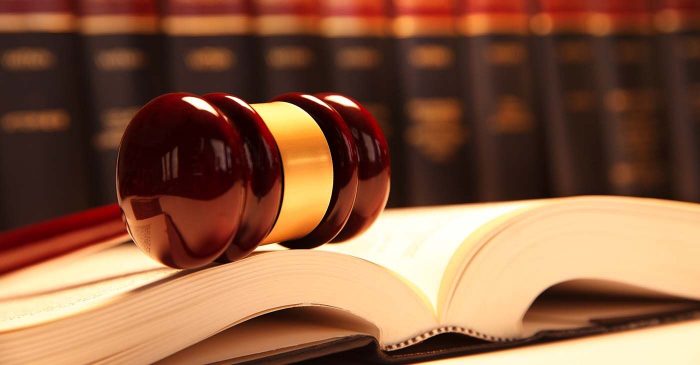 Colleges are failing to provide Black students with the individualized support they need to overcome the deficiencies of their K-12 educations to give them their best chance of success. (Photo: iStockphoto / NNPA)

Favoring diversity over quality, the American Bar Association (ABA) recently rejected a proposal to hold law schools responsible for not preparing students for the rigors of the legal profession, according to a news release critical of the association from Project 21, a leading voice of Black conservatives.

Members of the Project 21 Black leadership network condemned the decision, calling for reforms that protect students who are accepted to meet social justice goals but then effectively set up to fail.

“I’ve seen too many promising Black students with great potential for other fields drop out of law school because it wasn’t the right fit,” Project 21 member Dr. Carol Swain, said in a news release.

“They weren’t happy, and they ended up in serious debt because their peers and academic advisors pressured them into pursuing a high-profile legal career,” said Swain, a retired professor of law and political science at Vanderbilt University and professor of politics and public policy at Princeton University.

“Law is not for everyone, yet law schools are often complicit in the name of diversity rather than being honest about an applicant’s potential,” Swain said.

At its Mid-year Meeting, the ABA House of Delegates – in an 88-334 vote – rejected a proposed change in its standards pertaining to the bar exam passage rates of law schools’ graduates that was submitted by its Section on Legal Education and Admissions.

The change to the ABA’s Standard 316 would tie a law schools’ accreditation to a requirement that 75 percent of its students pass the bar exam within two years of graduation, the Project 21 news release noted.

ABA officials did not immediately return requests for comments to NNPA Newswire.

Speaking out against the proposal, chairs of the ABA’s Goal III groups that exist “to eliminate bias and enhance diversity” in the legal profession – which include   the Coalition on Race and Ethnic Justice and the Council on Diversity in the Educational Pipeline – wrote in a joint letter that the proposed standard change would have “an adverse impact upon diversity within legal education, the legal profession and the entire educational pipeline.”

They also alleged the proposal “continues to threaten attempts to diversify law schools and ultimately the legal profession” by impacting historically Black colleges and universities (HBCUs), schools in Puerto Rico and California and those with “large populations of diverse students,” according to Project 21.

They cited data indicating that 11 of the 19 schools at risk of losing accreditation due to a 75 percent bar success requirement have “significant” (“at least 30 percent students of color”) minority student bodies – and two are classified as HBCUs.

In an interview with Inside Higher Ed, Kaplan Bar Review Vice President Tammi Rice said: “Arguably one of the most important responsibilities of a law school is to help its students succeed on the bar exam. Keep in mind that all of the law schools that have recently shuttered or are on the verge of closing down have something in common: a low bar passage rate.”

Project 21, in its “Blueprint for a Better Deal for Black America,” said it recognizes a disproportionate six-year undergraduate graduation rate for Black students in contrast with their white, Asian and Hispanic counterparts.

“Colleges are admitting many Black students who are unprepared for rigorous college environments,” the Blueprint points out.

“At the same time, colleges are failing to provide Black students with the individualized support they need to overcome the deficiencies of their K-12 educations to give them their best chance of success.”

This similarly applies to law schools that accept minority students to meet diversity goals but fail to provide them with the tools and guidance to succeed after they are enrolled, Project 21 officials said.

“The American Bar Association is doing minority students a disservice by allowing them to be promoted through an educational system that fails to prepare them for a career in law,” said Project 21 Co-Chairman Horace Cooper, a former professor of law at George Mason University.

“There’s no dignity to be found in being inadequately trained to sit for the bar exam. A mountain of debt and dim legal career prospects don’t advance the cause of social justice. The real injustice is the ABA voting against making law schools accountable for valuing Black students as merely a statistic,” Cooper said.

“It is irresponsible for the American Bar Association delegates to think they are benefiting Black students and the legal profession by not holding law schools accountable for graduates who cannot pass the bar exam,” Swain said.

“Schools that fail their students should find their accreditation at risk – not be propped up because they help achieve racial goals.”