Activists from Black Lives Matter – LA, the Los Angeles Community Action Network and the Stop LAPD Spying Coalition recently called on Mayor Eric Garcetti to fire LAPD Chief Charlie Beck and for an investigation of the department’s cadet program to be conducted independently of the LAPD or the Los Angeles Police Commission. (file photo)

A group of activists called Tuesday for an end to the Los Angeles Police Department’s cadet program in the wake of the arrest of an officer who allegedly had sex with a 15-year-old female cadet who’s accused of being involved in the theft of three squad cars.

The activists from Black Lives Matter – LA, the Los Angeles Community Action Network and the Stop LAPD Spying Coalition also called on Mayor Eric Garcetti to fire LAPD Chief Charlie Beck and for an investigation of the cadet program to be conducted independently of the LAPD or the Los Angeles Police Commission.

The arrest of Officer Robert Cain for the alleged abuse of the cadet is part of a decades-long pattern of abusive behavior by the department and its officers, according to the activists.

“Let us be clear, this is not an isolated event. It is part of a long history and pattern of LAPD officers misusing their authority, abusing power and using excessive force to dominate, intimidate, manipulate, assault, rape and even kill those more vulnerable,” Nia-Amina Minor of Black Lives Matter said at a news conference outside LAPD headquarters.

The LAPD issued a statement defending the program, calling it “an integral component of the Los Angeles Police Department’s community policing strategy that has helped thousands of young men and women and their families” and “reduced crime while increasing public trust and community partnerships.”

“Suggestions to disband these successful programs are misinformed, misguided and would prevent educational and skill-building opportunities to thousands of children and young adults,” according to the LAPD statement.

The department is committed to all of its youth programs, “which is why Chief Charlie Beck ordered a top-to-bottom review to further strengthen the Cadet Program, prevent further incidents and enable even greater partnerships with the communities we protect and serve,” according to the LAPD.

The review was ordered in the wake of the arrests of the seven cadets for their alleged involvement in the theft of three squad cars, which culminated in two high-speed chases and crashes on June 14.

Beck has said the cadets’ familiarity with the department’s procedures allowed them to steal the cars without them being immediately discovered, and one of the cars may have been missing for several weeks.

The department believes the cadets impersonated officers during traffic stops on at least several occasions, according to Beck.

Beck arrested Cain on June 22 for allegedly having a sexual relationship with one of the seven accused cadets.

Beck has maintained that the suspects were essentially a few bad apples among 2,200 active cadets.

Matt Johnson, the president of the Police Commission, also expressed his support for the program in June, calling it “valuable” and saying that he doesn’t want to “throw the baby out with the bath water.”

At their news conference, the activists gave reporters a detailed list of accusations of domestic violence and sexual abuse against LAPD officers dating back to the 1970s, including some accusations and arrests of officers for abusing members of the LAPD Explorer Program, which was organized by the Boy Scouts of America.

The LAPD cut ties with the Boy Scouts in 2009 over its discrimination against LGBT people and began its own in-house cadet program.

The activists called for the money spent on the cadet program to be funneled into youth programs not run by the LAPD, and also took exception to comments Beck made about Cain’s arrest in June, when he said the relationship the officer had with the cadet was “all consensual, in that there was no force, fear or intimidation used,” though he also said Cain’s actions were “despicable” and were commonly called statutory rape.

“We demand that Charlie Beck be fired. His impulse to defend Officer Robert Cain to minimize his behavior tells us exactly which side he stands on. We demand an end to the cadet program. The community needs youth programs, yes, but not those run by the LAPD and its officers,” said Tiffany Guerra of the Stop LAPD Spying Coalition. 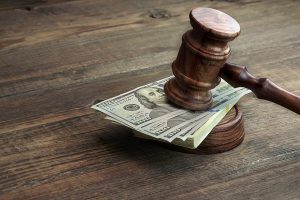 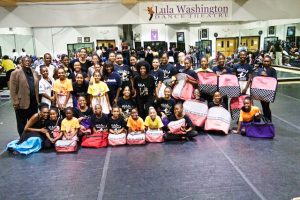