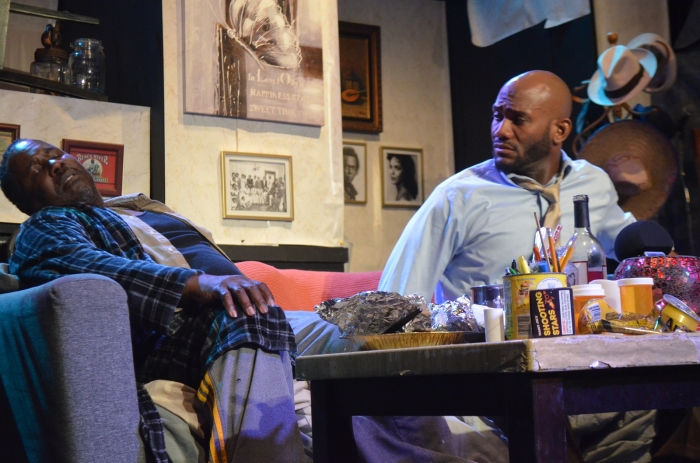 A story of two Black men, ages apart with troubling experiences reaches a climax in “Velvet Jesus,” the play. Starring acting veteran Ernest Harden Jr. and rising star Apollo Levine, the complex story takes a turn for the worst as their traumatic past is confronted.

Carl Martin (Levine) comes face to face with his step-father Vernon Chambers (Harden Jr.) to uncover his darkest secrets. Disguising himself as a reporter, Carl gains entrance into Vernon’s small apartment full of memories, with intentions to prove the reason for his heartache.

Through conversation, details pertaining to both of their lives were discussed. Painfully, they spoke of their struggles surrounding becoming a man, and the most shaping event of them all, Christmas of 1967, where Carl gifted Vernon a picture of a Velvet Jesus. This painful moment became the turning point in Carl’s life and he was determined to make Vernon pay for it.

Carl, a 12-year-old boy suffering under the voice of Vernon’s abuse and hatred of himself grew up searching for himself in the wrong places, putting Vernon at blame for his life choices. Vernon, running from his own secrets, loses nearly everything, and it isn’t until Carl’s visit 20 years later that Vernon is forced to face his skeletons.

Carl and Vernon uncover their true selves, the good, the bad, and the ugly of who they are and who they have become. Both men battling mental health, sexual assault, and addictions turn to each other, the source of pain, attempting to heal their wounds. However, reconciliation was far from the agenda, as the weight of the past lead to their demise.

Directed by Spencer Collins and written by Charles McWells, Velvet Jesus reached deep into some of the most traumatic subjects regarding humanity, specifically in relation to the Black community.

“I want to do stuff that makes people uncomfortable, and this makes people uncomfortable,” Collins says of his decision to direct the play written by his mentor McWells. “Trauma is hard for anyone to talk about,” with that being the consistent theme of ‘Velvet Jesus’ and how it sticks throughout one’s life, he adds, “I like stuff that speaks to a broader audience, but specifically African Americans.” 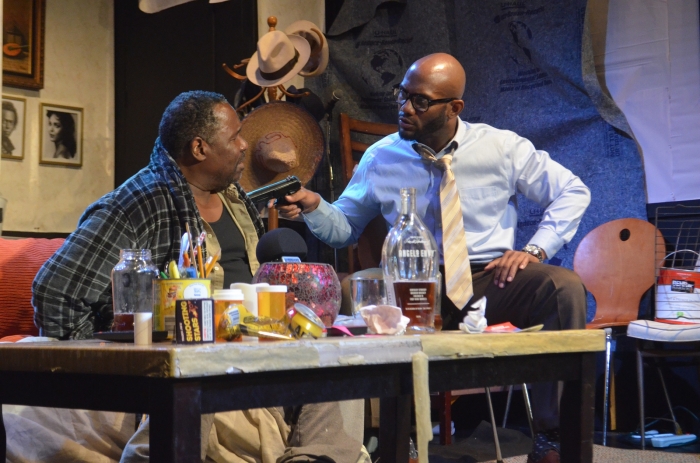 A heated moment between Vernon (Harden Jr.) and Carl (Levine) as they uncover the past.

Proving that true, the play was followed by a short panel with the cast led by Gerald Garth, a touching moment in which many members of the audience shared their personal stories and triumphs. The conversation surrounding “Velvet Jesus” pushed viewers to focus on resources to save our community and combat mental health and the stigma of getting help.

Bringing to light issues many face with addiction, sexuality, and emotional turmoil, the play dug into topics that are dismantling the Black community each day. With each audience member approval, the overarching goal of “Velvet Jesus” was achieved, making this play extremely relatable and personal to viewers and cast.

“The first time we did this, it was more therapeutic for me. It allowed me to look at some things about myself, and talk about things that I never really talked,” Levine who stars as Carl details. Being cast as one of the two actors, he found this role perfect for his career, and a similar testament to his own life. “This was a role that speaks volumes to me,” he says.

The audience applauded and congratulated each member of the Velvet Jesus production, thanking them for the chance to view a story in which they could somehow see themselves in. In the end, the cast and production showed true joy and gratitude to have been able to use their art to touch and free so many people, providing resources and support for anyone in need.

“Velvet Jesus” put forth by B.L.A.C.Mail Productions and 9th Step Productions is an important display of what it means to be Black and a survivor in America. Velvet Jesus is a must-see, relatable to both cast and viewers, and a healing point for all. 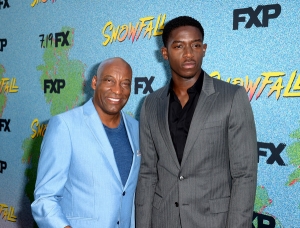 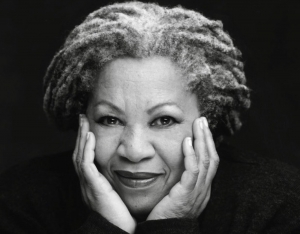 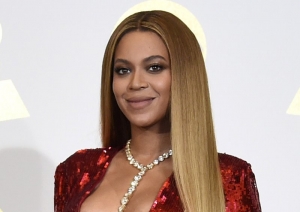 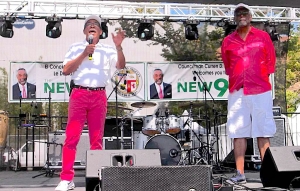 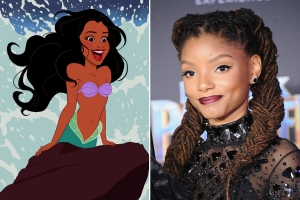