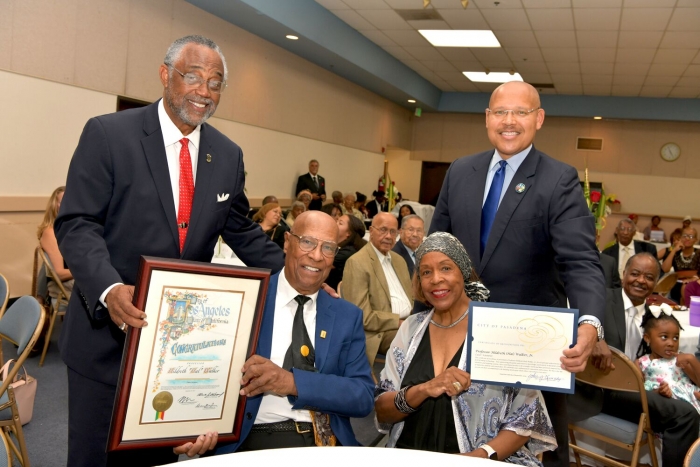 Prof. Hildreth “Hal” Walker was interviewed by Brian Hagerty, Executive Director at CELESTE Initiative, where Prof. Walker talked about his Lunar Laser Ranging Experiment which took place in 1969 during the Apollo 11 Moon Landing. 50 years ago, Walker was the first person to successfully fire the laser to the moon during the Apollo 11 Moon Landing Mission and led the manufacturing, testing and operation of the KORAD K-1500 ruby laser system for the KORAD Laser Company. 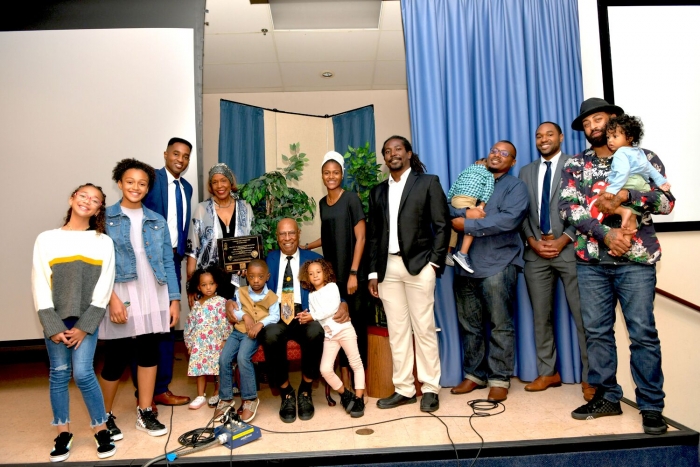 On display were photographs of Walker’s K1500 Ruby Laser that was replicated in 1994, in an interactive exhibit located in the Hands-on Science section of Science in American Life at the National Smithsonian Museum of American History in Washington, D.C. Walker was also honored in the exhibit’s permanent section, “The New Moon.”

The highlight of the afternoon was witnessing the Reunion and introduction of former A-MAN, Inc. STEM Young Ladies and Male Achievers who are now serving in all phases of careers related to science, engineering, math and technology.

Professor Walker is an amazing man, who has important stories to tell, as he moves forward in the world of science and technology generously sharing his knowledge to the world.