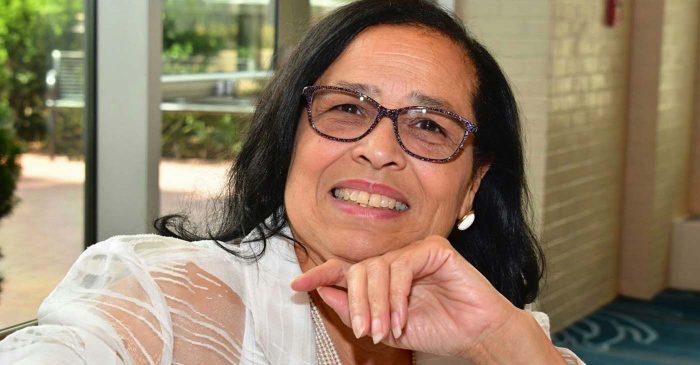 In 1951, Langston Hughes laid bare the anxious aspirations of millions of Black people in America with his poem, “A Dream Deferred.” In 1963, Dr. Martin Luther King, Jr. reminded America of the promissory note written to its citizens guaranteeing life, liberty, and the pursuit of happiness, in his “I Have a Dream” speech.

In 1964, President Lyndon B. Johnson attempted to make good on that promise by signing the Civil Rights Act into law. And in 1965, President Johnson sought to ensure equitable access to these unalienable rights by signing the Elementary and Secondary Education Act (ESEA) into law.

As a part of Johnson’s “War on Poverty,” ESEA was supposed to assist students of color in receiving a quality education, thereby helping lift them from poverty.

Since Johnson, presidents have re-authorized and/or launched new initiatives safeguarding the intentions of ESEA. Some of the most notable re-authorizations have been “No Child Left Behind” (2001, George W. Bush) and “Race to the Top” (2009, Barack Obama). The most recent re-authorization, the “Every Student Succeeds Act” (ESSA) was signed into law by President Obama in 2015.

In previous re-authorizations of ESEA, emphasis was placed on students’ ability to pass rigorous standards in order to proceed from one grade to the next. However, data from the National Assessment of Educational Progress (NAEP) show that a measurable achievement gap has persisted.

As education leaders review the individual state plans that have been developed and approved in keeping with the Every Student Succeeds Act, it is obvious that many states are making an attempt prioritize equity over performance. Some states have set timelines for their accountability measures, signifying the urgency of the problem, while other states continue to miss the mark by setting goals that are too distant, including the proposal of a twenty-year timetable to close the achievement gap.

I am concerned about ESSA State plans such as these, that pass the buck to future generations of educators and set the bar too low for vulnerable student populations.

Still, I find hope in the new reporting guidelines outlined in ESSA. ESSA requires State Education Agencies (SEAs) and Local Education Agencies (LEAs) to develop school report cards so parents can compare which school is the best fit for their children.

District report cards must include the professional qualifications of educators, including the number and percentage of novice personnel, teachers with emergency credentials, and teachers teaching outside their area of expertise.

States must also report per-pupil spending for school districts and individual schools. Expenditures must be reported by funding source and must include actual personnel salaries, not district or state averages.

Parents must get engaged to hold legislators and educators accountable for their ESSA State Plans. Parents must also hold themselves accountable in prioritizing the education of our children. Research shows that just one year with a bad teacher can put a child three years behind. Now, think about what happens after years of neglect and lack of advocacy.

So, what happens to a dream deferred?

Parents hold tight to your dreams for your children’s futures. Be present in the school, be the squeaky wheel and don’t be afraid to demand the best for your children. Don’t stop at the classroom or schoolhouse door if you aren’t satisfied with the education your children are receiving. The race for educational advocacy is a run for your child’s quality of life.

Be the Parent Teacher Association’s (PTA) president. Be the neighborhood advisory commissioner. Be the next school board member. Be the next mayor of your city. Be on the City Council. Run for Congress. Be all that you want your children to be. Be the example.

For more information on how you can get engaged, go to www.nnpa.org/essa

Elizabeth Primas is an educator who spent more than 40 years working to improve education for children. She is the program manager for the NNPA’s Every Student Succeeds Act Public Awareness Campaign. Follow her on Twitter @elizabethprimas