In recent months, many economists and lawmakers have frequently touted how the nation’s economy is performing really well. Often citing historically low unemployment rates, I’ve always felt that such pronouncements failed to consider the untold millions of Americans who are eking out a living on low or no raises, or others who work multiple jobs trying to piece together a living for their families.

But new data from the Federal Reserve Bank of New York, offers hard evidence that a key sector of the economy is showing signs of distress: auto loans. At the end of 2018, 7 million consumers were three months behind on their car payments, according to the Fed’s Liberty Street Economics.

Addressing its finding of multi-million auto loan delinquencies, the Fed wrote, “That is more than a million more troubled borrowers than there had been at the end of 2010 when the overall delinquency rates were at their worst, since auto loans are now more prevalent.”

I suspect that many consumers want to keep a car available just as much as a roof over their heads. Reliable wheels also offer a certain amount of freedom of mobility that eliminates the need to know a train or bus route or the fare.

So why are so many consumers delinquent on their car loans?

Answers can be found by examining the terms of the loans. Just as the foreclosure crisis took people’s homes, the wrong car loan takes your mobility. Consumers with lower credit scores – less than 620 on a scale that reaches 850 – become easy targets for sub-prime auto finance that comes with interest rates from the mid-teens to as high as 20 percent. Auto finance companies are often used by lower credit score consumers looking to buy a car. 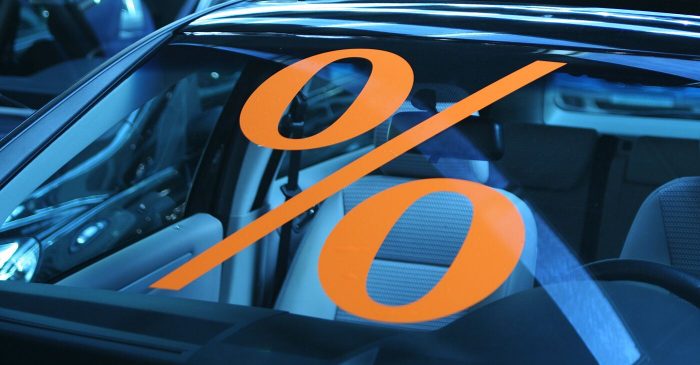 As Liberty Street reports, 6.5 percent of auto finance loans are 90 days or more past due, compared with only 0.7 percent of loans originated by credit unions. So unfortunately, once again, it is the struggling, working poor who are bearing the brunt of car loan delinquencies, often forged by predatory high-interest rates and other practices.

Another new and independent research report entitled, Driving Into Debt, found that the money now owed on cars is up 75 percent since the end of 2009, an all-time record.

Jointly authored by U.S. Public Interest Research Group (US PIRG) and the Frontier Group, this report states that subprime auto lenders inflict financial abuses that are both predatory and discriminatory from making loans to people without the ability to repay, marking up rates and prices on both Black and Latino customers, and financing expensive add-on products like extended warranties and insurance into the car loans.

“Americans shouldn’t have to fight their way through a thicket of tricks and traps at the auto dealer just to get the transportation they need to get to work or school,” said Ed Mierzwinski, U.S. PIRG’s senior director for federal consumer programs and a report co-author.

Nor does it help that in April of last year, Congress used the Congressional Review Act to nullify the Consumer Financial Protection Bureau’s (CFPB) auto finance guidance that held auto lenders responsible for discriminatory lending practices prohibited under the Equal Credit Protection Act. This distorted use of the Congressional Review Act, sometimes known as another CRA, was never intended to overturn long-standing agency practices.

But in 2018, the law was used to overturn 14 agency rules. At the time, Senate Majority Leader Mitch McConnell described the auto lending CRA as part of a broader deregulation effort, stating: “Our whole economy is getting a tune-up. And now it’s time for the front end of the auto industry to come along for the ride.”

That kind of perspective suggests that the Majority Leader may have an unhealthy regard for fair lending laws, particularly those aimed at eliminating racial and ethnic discrimination. Further, time and actions will tell how much Kathy Kraninger, the new CFPB Director, is attuned to the predatory and discriminatory lending that continues despite federal laws.

“Predatory and discriminatory auto lending practices notoriously prey upon the financially distressed, with loans that disregard the consumer’s ability to afford them,” noted Rebecca Borne, a Senior Policy Counsel with the Center for Responsible Lending. “Common-sense regulation and enforcement are needed to ensure responsible underwriting and elimination of other predatory practices that are consistently shown to result in borrowers of color paying more than white borrowers, even controlling for creditworthiness.”

Charlene Crowell is the Center for Responsible Lending’s Communications Deputy Director. She can be reached at [email protected]