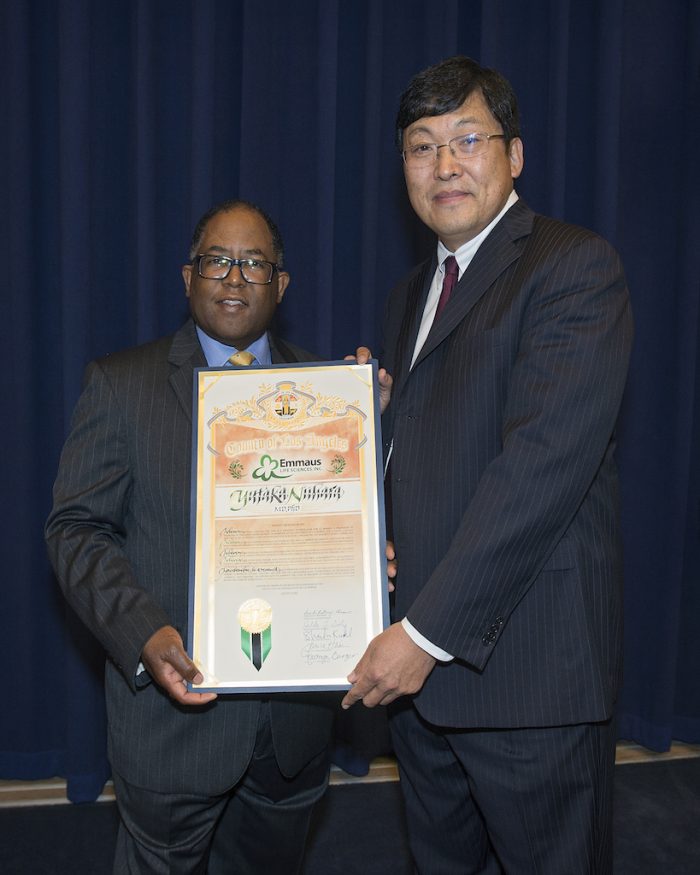 The devastating impact of sickle cell disease is well documented in the African American community.

The inherited blood disorder, which occurs in approximately one in 500 Black children, can result in various complications such as pain, anemia, swelling, infection and stroke.

However, a new medication decreases the pain as well as the number of hospitalizations of victims of the illness.

Endari (L-glutamine oral powder), a product principally invented by Dr. Yutaka Niihara, reduces the acute complications of sickle cell disease in adult and pediatric patients five-years-and-older.  The product is the first sickle treatment to be approved by the Federal Drug Administration in 20 years.

Niihara, who serves as chairman and CEO of Emmaus Life Sciences, a Torrance-based biomedical company, has been working on sickle cell treatment therapies since 1992.  The launch of Endari is part of his mission to “stop the complications from the intrinsic problems of sickle cell disease.”

Explaining how the medication works, Niihara said, “Sickle cell is a genetic disease that causes damage to the red blood cells.  It leads to inflammation, which causes oxidation.  It’s kind of like sunburn. If you scratch yourself really bad, you have swelling and that swelling causes more problems in these sickle red blood cells.

“It’s like having a 60 percent less chance of having a heart attack. This was kind of a big deal for us.”

Acknowledging the tremendous effect of Endari, the prestigious New England Journal of Medicine highlighted the medication in its July 2018.   Also, L.A. County Supervisor Mark Ridley-Thomas recognized Niihara’s groundbreaking invention last year during a presentation at the Board of Supervisors meeting.

Ridley-Thomas, a longtime advocate of bio-medicine innovation, noted that the new treatment was created during Niihara work at the Los Angeles County-operated Harbor UCLA Medical Center, and at the nonprofit scientific research organization on the same campus, LA BioMed.  In addition, Ridley-Thomas played at leading role in the Bioscience Summit held Sept. 20, at Loyola Marymount University in West L.A.

“This (sickle cell) treatment will significantly improve the lives of thousands of people in the United States who suffer from this disease, and many more around the world,” Ridley-Thomas said. “Thank you to Dr. Niihara for his dedication and hard work.”

Endari is an affordable option for people covered by Medicaid or Medicare with the copay ranging from $5-to-$10.  But Niihara said the cost could reach into the hundreds for those who are privately insured. To assist with the fees, his company, Emmaus, is developing a patient assistance program to cover the major portion of the cost of the treatment.

“Our goal is to develop more potential treatment medications for sickle cell and hopefully we can come up with some combination therapy that will help people even further,” said Niihara.