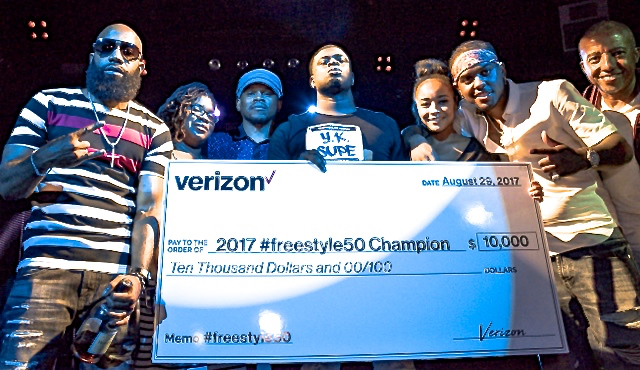 Kevin Liles, co-founder and CEO of 300 Entertainment, partnered with Verizon to create Freestyle50 Cypher, a freestyle battle competition. To enter the competition, the public was asked to post a video of themselves freestyling to Tee Grizzley’s ‘No Effort’ to Instagram or Twitter using the hashtag #freestyle50challenge.

“Freestyle50 was born by bringing together two entities, 300 Entertainment and Verizon, that wanted to celebrate this lyrical art form and, through the use of technology, reinvigorate and transform lives,” said Jessica Cecile Thorpe, Verizon Corporate Communications Manager, Cultural Engagement and CSR.

The rhymes of young freestyle artists filled Playhouse nightclub in Los Angeles on August 29, as the who’s who of hip-hop witnessed a battle between the competition’s eight finalists. Chicago rapper Y.K Supe emerged as the winner walking away with $10,000, a song produced by London On Da Track and a record deal with 300 Entertainment.

“Hip-hop is a dominant force,” said Liles. “We’re talking about Verizon, a big corporation that said, we want to support people freestyling their way of life.” 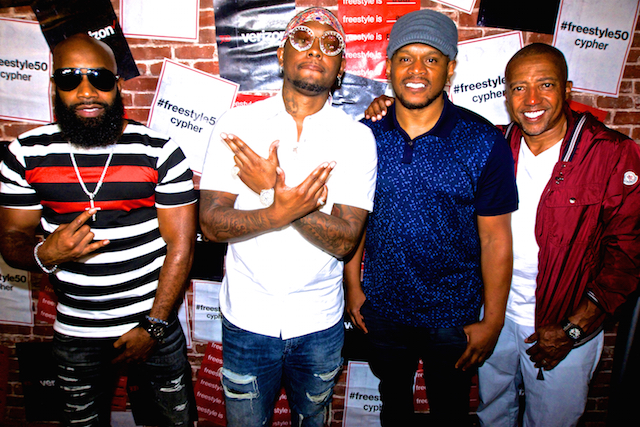 The event was co-hosted by Sway Calloway, host of SiriusXM’s “Sway in the Morning” and Smack White, founder of the Ultimate Rap League, which is considered the platform that popularized the acapella battle rap format.

“I worked so hard in my career for the last 15 years to be in a position like this, where I’m getting the recognition from moguls like Kevin Liles,” said White proudly.

White’s sentiments were echoed by many of the participants at the cypher.

“[Liles] genuinely cares about the artist,” said Cokah, the single female finalist out of Brooklyn. “He hadn’t even met us yet and I could feel the love.”

At 49, Liles continues to be an innovative force whose passion has allowed him to remain at the top of the music industry for more than 30 years with a #1 artist each year.  From Jay-Z to D’Angelo, Liles has managed some of the most successful musical artists. It begs the question, what is his formula for success?

It is more than “a job to us [my partners and me], it is a lifestyle, so we aren’t complacent with just getting a check,” said Liles. “We want to change people’s lives,” which is why he co-founded 300 Entertainment.

Liles’ talent is perhaps best exemplified by his rise from an intern at Def Jam to president of the company seven years later.  Under his leadership, the label became a global powerhouse with stars like Jay Z and Ja Rule. Liles left Def Jam in 2004 for Warner Music Group, where he served as the executive vice president until 2009. 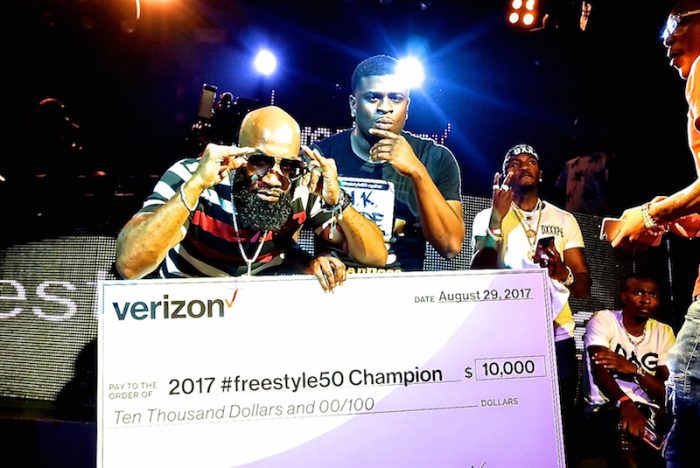 When he left Warner Music Group, Liles formed KWL Management, where he helped develop the careers of such artists as D’Angelo, Trey Songz and Mariah Carey.

Liles’ innovative approach has continued with the launching of Freestyle 50 Cypher via a social media campaign.

Verizon’s Thorpe described 300 Entertainment, founded in November 2013, as “the perfect partner” for this joint venture.  By 2015, the company had a series of successes with rappers like Fetty Wap and Young Thug. Its most recent accomplishment was 300’s own group, Migos, with their No. 1 single “Bad and Boujee” and sophomore album, “Culture,” which reached No. 1 on the Billboard chart.

“The goal of #freestyle50 was to discover that one artist with the potential to be the new voice for hip–hop and support them with all the tools they need to see it through,” said London On Da Track. This is a proven formula for Liles and 300 Entertainment, that they feel confident will continue with the Freestyle50 cypher winner, 23-year-old Y.K Supe. 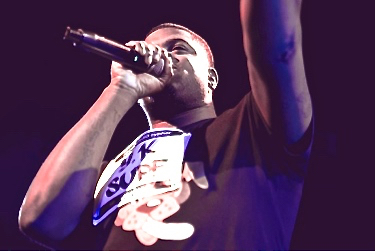 #Freestyle50 winner Y.K Supe spitting or freestyling at the cypher hosted by 300 Entertainment and Verizon at Playhouse Hollywood in L.A. on August 29. (Photo Courtesy: Kristina Dixon/11OneVisuals) 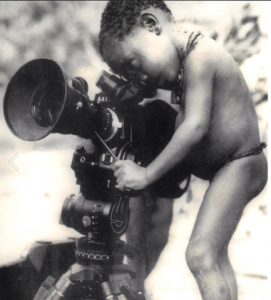 Submissions are Now Being Accepted for the 26th Annual Pan African Film Fes...