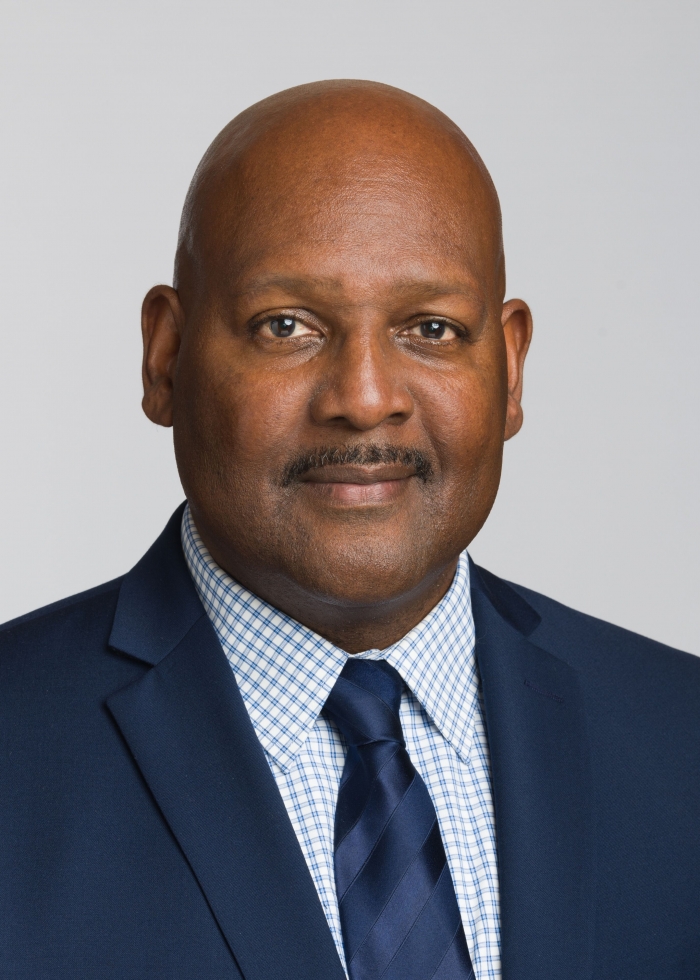 Donald Williams plays a critical role in ensuring that the Los Angeles Department of Water and Power fulfills its mission of delivering clean, reliable water throughout the city.

As the superintendent of the agency’s Western District, Williams directs the construction, maintenance and operation of the water distribution system for an area bounded by Slauson Ave. on the south, Muholland Dr. on the north, Western Ave. on the east and the Pacific Ocean on the west.  In addition to parts of South L.A., the district also includes LAX, Palos Verdes and Hancock Park.

It’s a huge responsibility, but Williams enjoys being part of an organization that provides an important service to residents and businesses in this sprawling metropolis as well as the variety that his job offers.

Citing the diversity of his team and their work, Williams said, “I have approximately 150 people under me in a variety of positions. We put new lines in where the infrastructure is older or install new construction. We also control the pressure in the water system, bring the water in from the valley or we purchase water from the Metropolitan water District or we might use groundwater.

“A lot of our work is ongoing maintenance because many of the city’s pipes are more than 100-years- old. We have a five-year plan where we are putting in a certain amount of infrastructure in the Western District and we are pretty much on schedule to install 48,500 feet of pipe this year alone.”

Travelers in South L.A. will see members of Williams’ staff performing construction on Metro’s Crenshaw rail line, where Williams explained, “We are either putting in new water lines or moving our infrastructure to accommodate the project.” 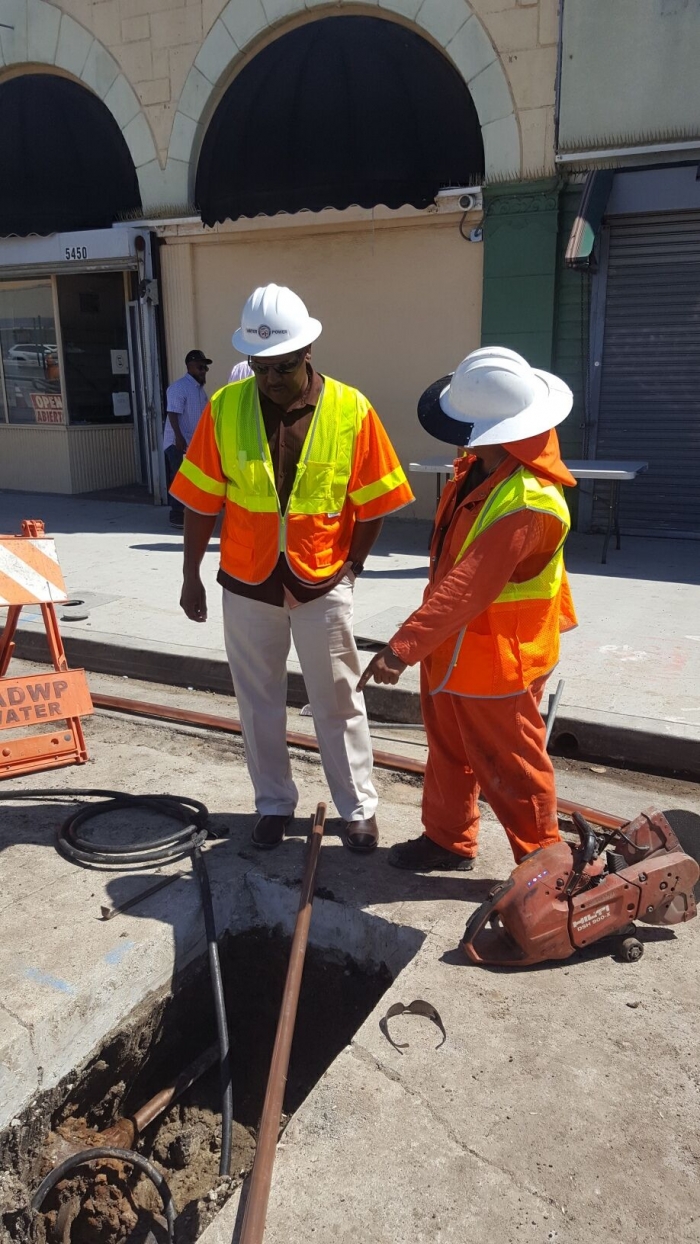 His team is also prominent at LAX as the airport undergoes its massive expansion. And of course, LADWP workers from his staff are always on the scene during water main breaks in the district, which often bring its own set of challenges since they are subject to occur at any time.

The response, Williams said, includes having staff available to make on-site assessments and repairs, interacting with other agencies to avoid impacting other infrastructure such as gas or communication lines, and ensuring the street is properly repaved once the repair is completed.

Whether construction is planned or unplanned, the superintendent believes in working closely with the public.  Not only does he constantly communicate with elected officials and commission members about his district’s activities, but he reaches out to neighborhood councils and community groups for their input as well.

“LADWP believes in customer service, so we work with community organizations to inform them about our major infrastructure projects before we do them to let them know what we planned to do and address any concerns they may have,” he said.

Recognizing that the public can be inconvenienced, Williams urged,  “We ask that the community be patient. The sooner we can get in and install the pipes in the ground, the sooner we will be out and it is all to the betterment of the water structure in that area.”  He added that his team posts signs and distributes letters to residents and businesses in advance of construction “to let them know that we are coming and if they have concerns they can call us or the other assistant superintendent that is in charge of the project.”

In addition to appreciating the diversity of projects that he oversees, Williams also finds rewarding the fact that he can assist his employees in advancing in their careers at LADWP.

“I enjoy getting them prepared for promotion and seeing them grow within our system,” noted Williams, who began his 30-year career as a maintenance and construction helper. “I try to get my subordinates the tools and materials to move up in their careers and encourage to go back to school and utilize the department’s tuition reimbursement program.”

Acknowledging his success as a city employee, Williams said he always looks for opportunities to give back to others.

“A lot of people helped me along my way and it is my job, as a superintendent, to help those behind me promote and get themselves into a position to become a superintendent also!”