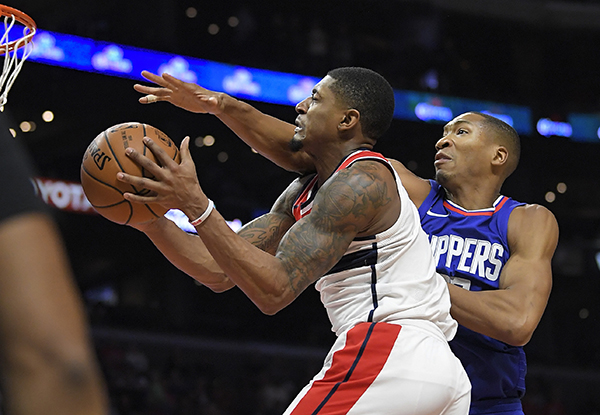 The Clippers defeated the Washington Wizards 113-112 Saturday afternoon, in one of the most bizarre finishes the league has seen thus far, resulting in LA’s first win since Blake Griffin went down with a knee injury on Nov.27

The madness started with Lou Williams hitting the game-winning shot, a 29-foot three-pointer over Bradley Beal with 1.2 seconds in the game, giving Williams his 35th point of the night.

“I made a move and Bradley bit on it,” Williams said. “I was able to pull up with one dribble. If I go left, I like my chances.”

The entire Staples Center crowd had thought they witnessed Bradley Beal make a shot on the baseline, only to see the buzzer sound while the ball was still in his hands, ultimately ending the game.

However, due to a clock malfunction and an early start of time, the Wizards were awarded the ball again with 1.1 left on the clock, giving Washington another chance to win the game.

As both teams were confused on the call, NBA officiating crew chief Bill Spooner gave an explanation on why there was time put back on the clock after the lengthy review.

“The crew actually incorrectly reset the shot clock at 1.1. We should have reset it to 0.1,” Spooner said. “The reason is, on an early start, we timed the possession, the lost time. The only time that was lost was 0.1. So we should have inbounded the ball at the point of interruption, which is what we did. But it should have been 0.1 instead of 1.1.” 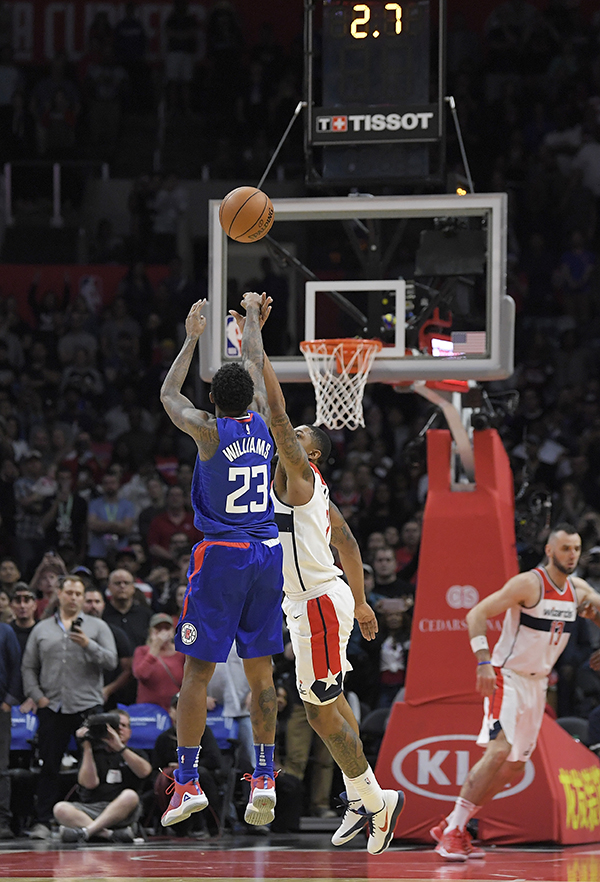 Fortunately for the Clippers, great ball pressure by Deandre Jordan caused the Wizards to inbound the ball to Wizards center, Marcin Gortat, as he threw up a 21-foot prayer that barely drew iron, ending the wild game.

Beal after the game called it “a freak rule” and said it was frustrating, still accepting that his team shouldn’t have been in that situation to begin with.

“We had a great play, now that you take that away that gives the defense a chance to set up now to change some things,” said Beal, who poured in 25 points on the night, with 23 of them coming in the second half. “Now we’ve got to go back and try to change into a different play with the ball in the corner. He said we get the same amount of time, but we didn’t get the same amount of time. Then the ball was placed in the corner. So I don’t really understand it.

Before Williams game-winning shot, guard Austin Rivers fired up a shot to take the lead, missing, but DeAndre Jordan grabbed the rebound and hit Rivers again. Rivers had the ultimate confidence to shoot the three-point shot again and this time he drained it giving 16 points, as well as a 110-109 lead with twelve seconds to play.

The following Wizards possession, Beal aggressively put his head down and attacked the basket, drawing a foul on Wesley Johnson, as well as converting on the lay-up for the three-point play after his made free throw, taking the lead back, 112-110 only before Williams daggering three-pointer in the closing seconds.

“I just wanted it to go in our favor,” said Clippers coach Doc Rivers. That’s all I cared about, and it did I guess at the end.”

On a night where the Clippers reserves poured in 59 points, Rivers gave total credit to his second unit and realized they changed the game from start to finish. 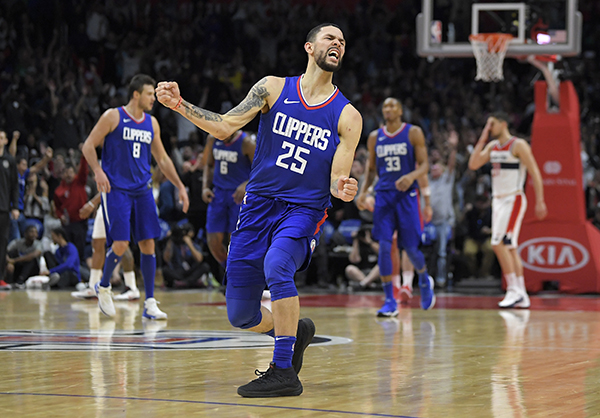 “The bench won the game for us,” added Rivers. “You know Lou was part of the bench so it was easy to say. I thought we started off flat again so I took out three of the starters out right away. I thought that changed the game.”

“Sometimes just energy and playing hard changes the game and that was what I was looking for.”

The Wizards went up 13-0 to start the game, as Otto Porter scored 9-of his-27 points in the opening minutes, hitting 3 three-pointers in a row over the course of the run, before LA substituted in Jawun Evans and Lou Williams.

Evans got the Clippers on the board with a 20-foot pull-up jump shot, as the rest of the team followed his lead, fighting back to take a three-point lead at the end of the first quarter, 30-27.

The Wizards found themselves down only four-points to start the fourth quarter, after erasing a 13-point deficit at halftime.

Clippers forward Danilo Gallinari joined Rivers as the only other starter to finish in double-digits, scoring 25 points, on 8-of-19 shot attempts.

“I felt good,” added Gallinari who played 36 minutes on the night, the most since returning back into the starting lineup after a foot injury. “I was trying to be more aggressive, I was a little more effective tonight than the first game, but I’m just happy that we won.” 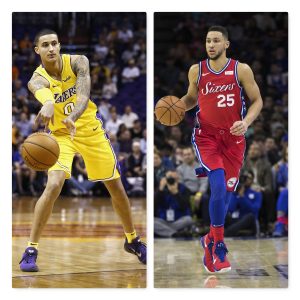 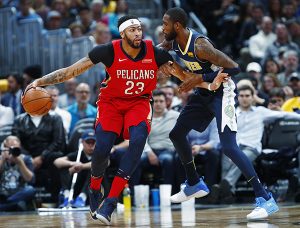 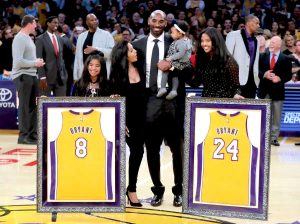 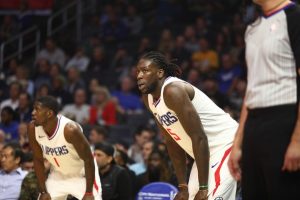 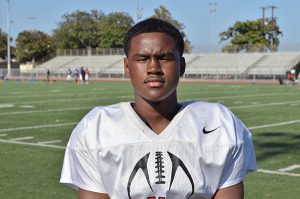 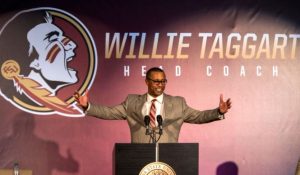