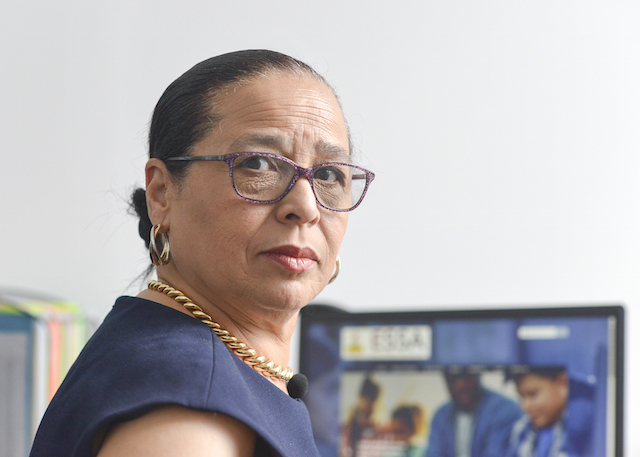 Dr. Elizabeth Primas says that parents should be involved in setting educational standards for their children. (Photo Courtesy: NNPA)

Standards have always been a part of society. From standards of measurements and time to driver’s licenses, food preparation in restaurants and language, standards keep us healthy and safe and help us communicate with each other.

In the 1980s, the United States began to expand and formalize public education standards. This process was the driving force behind the education reform movement. Standards in education were supposed to set clear guidelines for what all students were expected to learn and be able to do. The curriculum and assessments were supposed to be aligned with established standards.

In 2001, with the signing of the No Child Left Behind Act (NCLB) by President W. Bush, a significant emphasis on standards took on a life of its own. Under NCLB, all states were required to develop standards and assessments to measure student achievement. Problems occurred when states developed individual standards that measured knowledge and skill levels. There was no way to determine if a student passing one state’s standards was equivalent to a student’s level of accomplishment in another state. Test that were national, like the PSAT, SAT, ACT, and the National Educational Assessment of Progress (NAEP), all indicated that students with passing grades in high school, that met state standards, were not necessarily prepared to be successful in college and career.

In 2009, there was a state-led effort to develop the Common Core State Standards (CCSS); the effort was launched by state leaders, including governors and state commissioners of education from 48 states, two territories and the District of Columbia; CCSS was supposed to remedy the differentiation in state standards under NCLB. The National Governors Association Center for Best Practices (NGA Center) and the Council of Chief State School Officers (CCSSO) worked with educational agencies to create one set of standards that would be uniform for the country. That same year, the Obama Administration developed the Race to the Top Fund, a $4.35 billion dollar competitive grant program designed to ensure that all students graduated high school prepared for college, career, and life. Race to the Top used financial incentives to encourage states to adopt CCSS.

Along with common standards, came high-stakes testing. Most states adopted one of two assessments: the Smarter Balance Assessment or the Partnership for Assessment of Readiness for College and Careers (PARCC). Many stakeholders saw high-stakes assessments as unrealistic, because all children were required to perform at world-class levels, merely by raising expectations and imposing punishments and sanctions on schools and children who fell short of the standards. The standard implementation did not consider students with persistent challenges that could have impeded them from reaching high-levels of achievement. There was no flexibility in meeting these standards, regardless of socioeconomic status, age, race, gender, cultural or ethnic background, disabilities or family circumstances.

The discussions around implementation of standards did acknowledge that student learning abilities were not homogeneous. Yet, schools seldom provided the range of training, personnel, and strategy needed to meet all students. Subsequently, when students didn’t meet the goals, they were retained and schools faced sanctions.

Research has indicated that minority students, including English Language Learners (ELL), students living in poverty, and students with disabilities are disproportionately represented in the group of students that do not make sufficient and significant growth to meet the standards and objectives promoted.

Under the “Every Student Succeeds Act” (ESSA), states have been given the leeway to: continue using the Common Core State Standards and/or create and adopt their own rigorous standards. Along with the freedom to select standards best suited for specific state demographics, states can also select what assessments they administer. As states submit their ESSA plans, many states have steered away from the CCSS. Several states have indicated that they will not continue using Smarter Balance or PARCC to measure standard mastery.

The only way to be sure what standards your child must meet is for you, the parent, to get involved, and stay engaged at every level. Your child is our future, and we ask all parents to remain focused in the pursuit of their education.

Every meeting that involves your child’s education is important. Be there, be vigilante, stay persistent, have your voice heard.

Dr. Elizabeth Primas is an educator, who spent more than 40 years working towards improving education for children of diverse ethnicities and backgrounds. Dr. Primas is the program manager for the NNPA’s Every Student Succeeds Act Public Awareness Campaign. Follow Dr. Primas on Twitter @elizabethprimas.

Success On “The Way”… Ask Dr. Jeanette: “When More Is Not Enough”
UC President Janet Napolitano Kicks Off Push for First Generation College B... 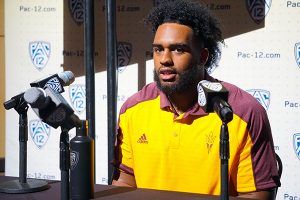 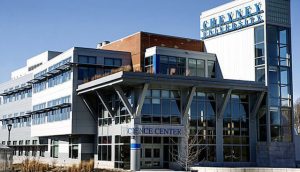